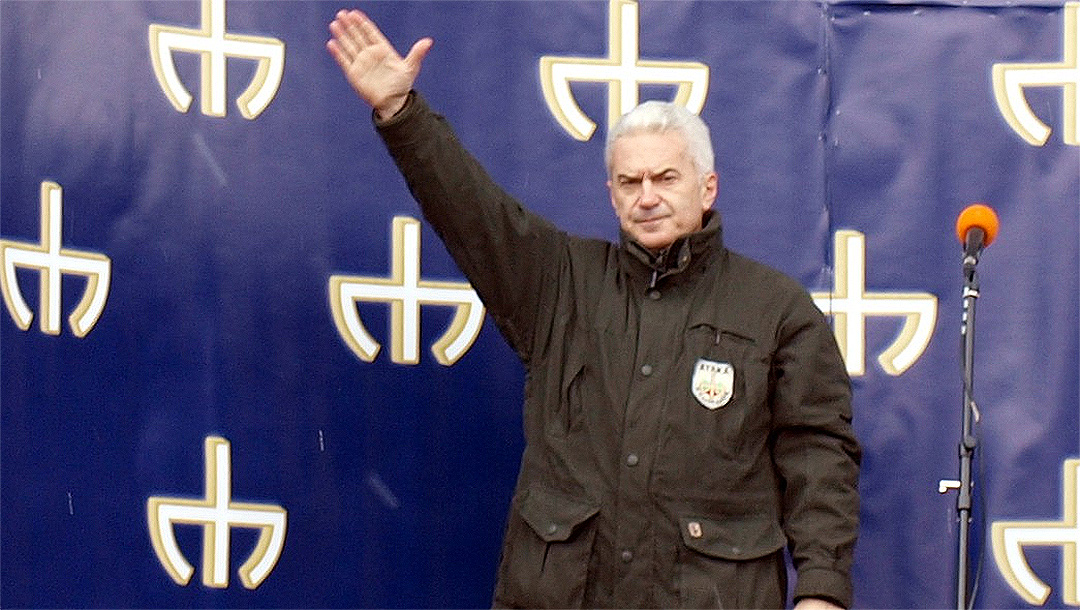 The far-right politician Volen Siderov lifts his arm at a political rally in Sofia, Bulgaria on March 11, 2011. (Wikimedia Commons)
Advertisement

(JTA) — Bulgaria’s judicial system erred when it ignored complaints that a far-right politician was inciting to discriminate against Jews and Roma people, the European Court of Human Rights has ruled.

The ruling Tuesday was on appeals to the European court by two Bulgarian Jews, Gabriela Behar and Katrin Gutman, and two Roma citizens, Kremena Budinova and Vasil Chaprazov, about their judiciary’s refusal to act on their complaints against the far-right politician Volen Siderov of the Ataka party, Radio Liberty reported.

Among the remarks by Siderov was his assertion in a book from 2002 about “the great hoax called the Holocaust — the account that 6,000,000 Jews were gassed and burned.”

The complainants demanded in a lawsuit that Siderov apologize for that statement and promise not to repeat it. But Bulgarian prosecutors dismissed the complaint, citing Siderov’s right to free speech.

Bulgarian courts “failed to carry out the requisite balancing exercise in line with the European Court’s case law,” the Strasbourg-based court said in its ruling.

Bulgaria’s laws do not require its court to take corrective measures following the European court’s ruling. But the Bulgarian state must compensate the appellants with about $7,000 for fees and costs they incurred during the legal fight, the court ruled. Bulgaria is legally bound to pay that sum.