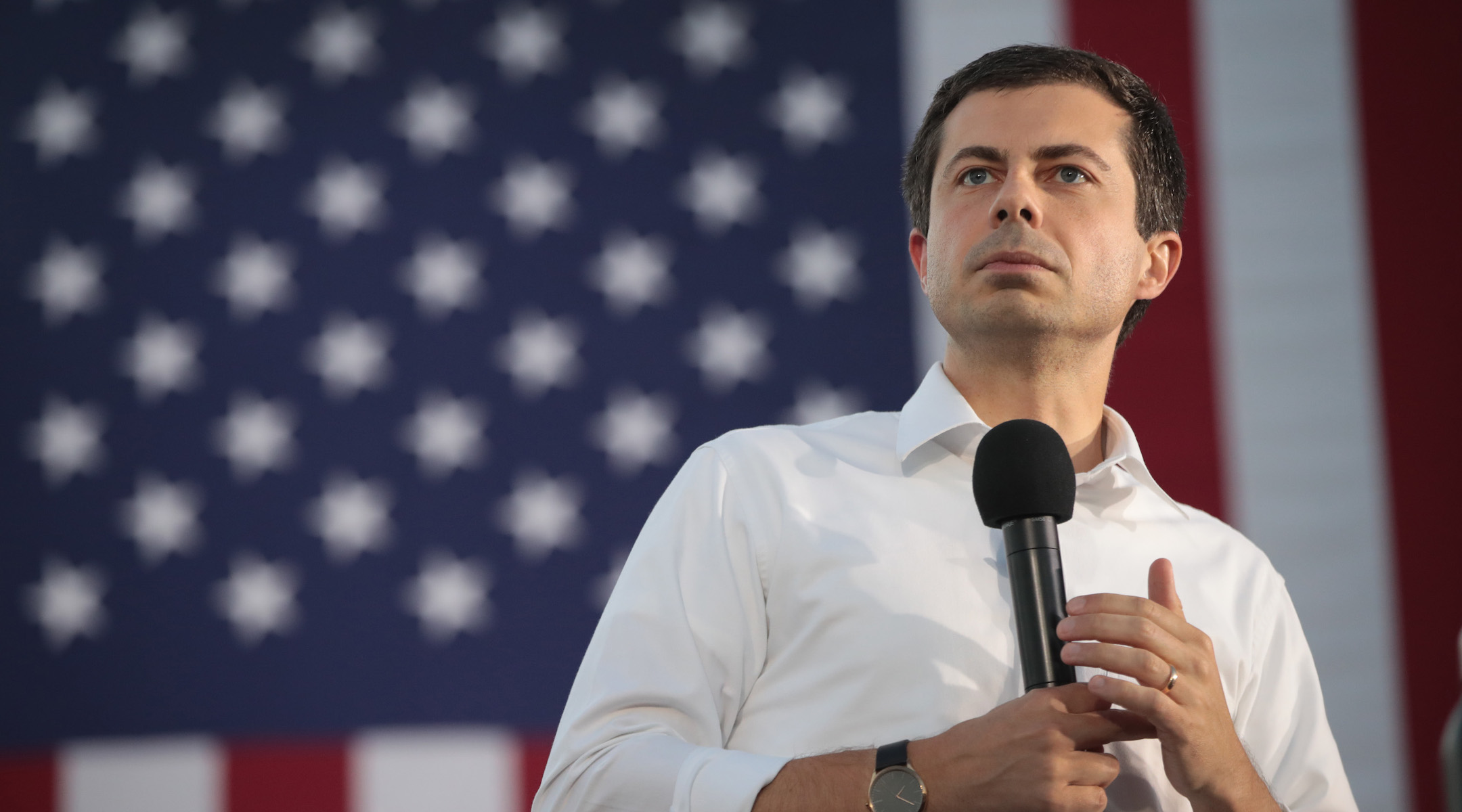 (JTA) — A regional organizer for Pete Buttigieg’s presidential campaign admires Nation of Islam leader Louis Farrakhan and has attended at least one of his sermons, which included anti-Jewish content.

Deven Anderson began working for the Buttigieg campaign on Aug. 27 as a regional organizing director in Columbia, South Carolina.

Between April 2010 and August 2013, Anderson tweeted more than 20 times about Farrakhan, praising his sermons and tweeting out his quotes, the Washington Free Beacon first reported.

In April, 2010, Anderson attended a Farrakhan speech in Washington in which the Nation of Islam leader said: “They print money right over there next to the Holocaust Museum. That is not an accident either.” He also said: “You can walk with a Jew, but you can’t walk with me.”

In recent months, Farrakhan has called Jews “satanic” and compared them to “termites.” He has accused Jews of controlling the government and Hollywood, and has called Hitler a “great man.”

Buttigieg’s campaign did not respond to a request for comment from the Free Beacon.