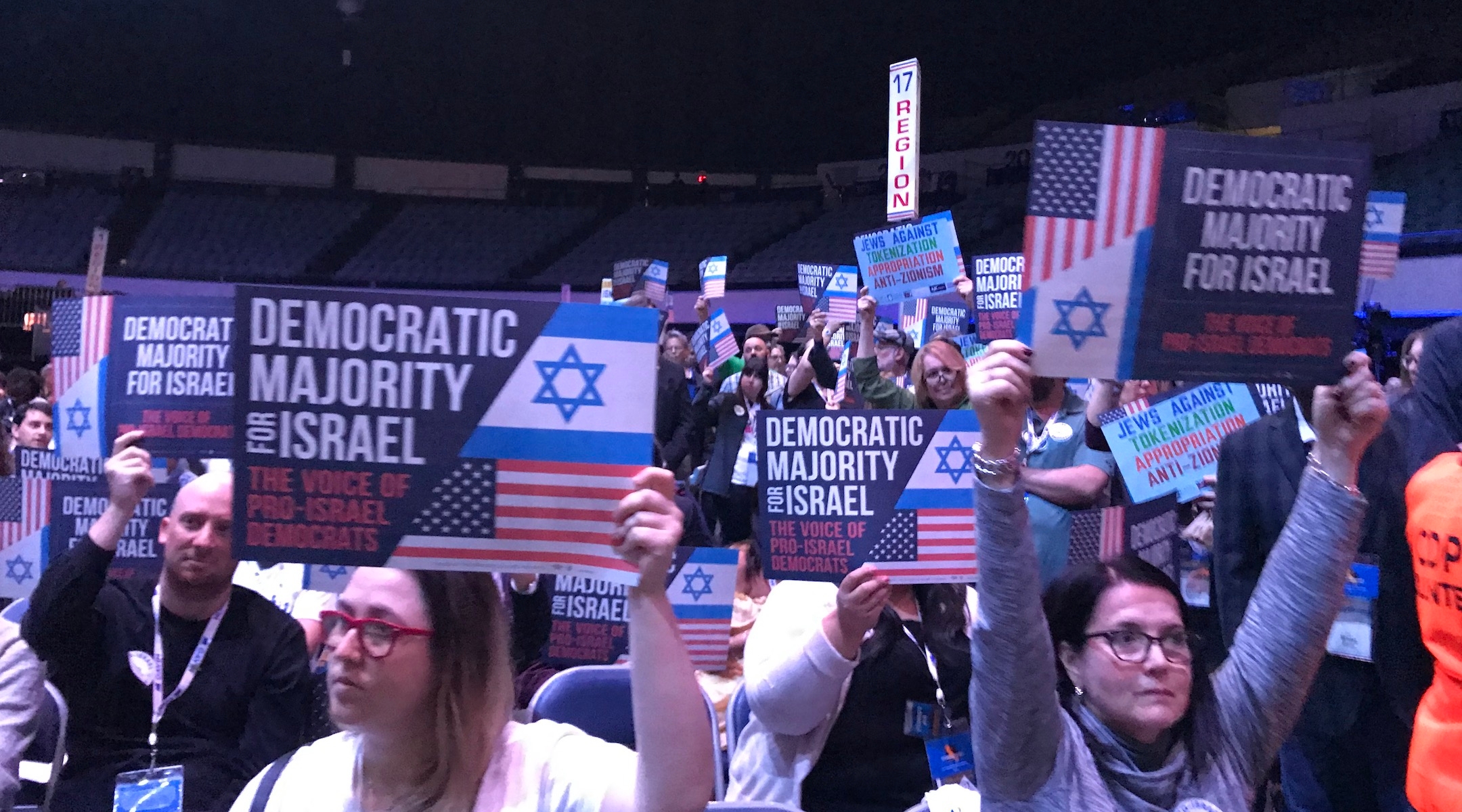 (JTA) — California Democrats voted down an amendment to their party platform that called for the right of return for Palestinians and eliminated references to the two-state solution.

The amendment was presented Sunday at the state party’s fall convention. Somewhere between 65 to 75 percent of the 2,500 delegates at the California Democratic Party State Central Committee rejected the amendment language in the Israel section of the platform, according to the committee chair.

In the end, the party adopted language calling for a two-state solution to the Israeli-Palestinian conflict “directly negotiated by the parties that guarantees equality, security and democracy for all; recognizing Israel’s future as a secure and democratic Jewish state with recognized borders; and providing Palestinians with independence, sovereignty, and dignity.”