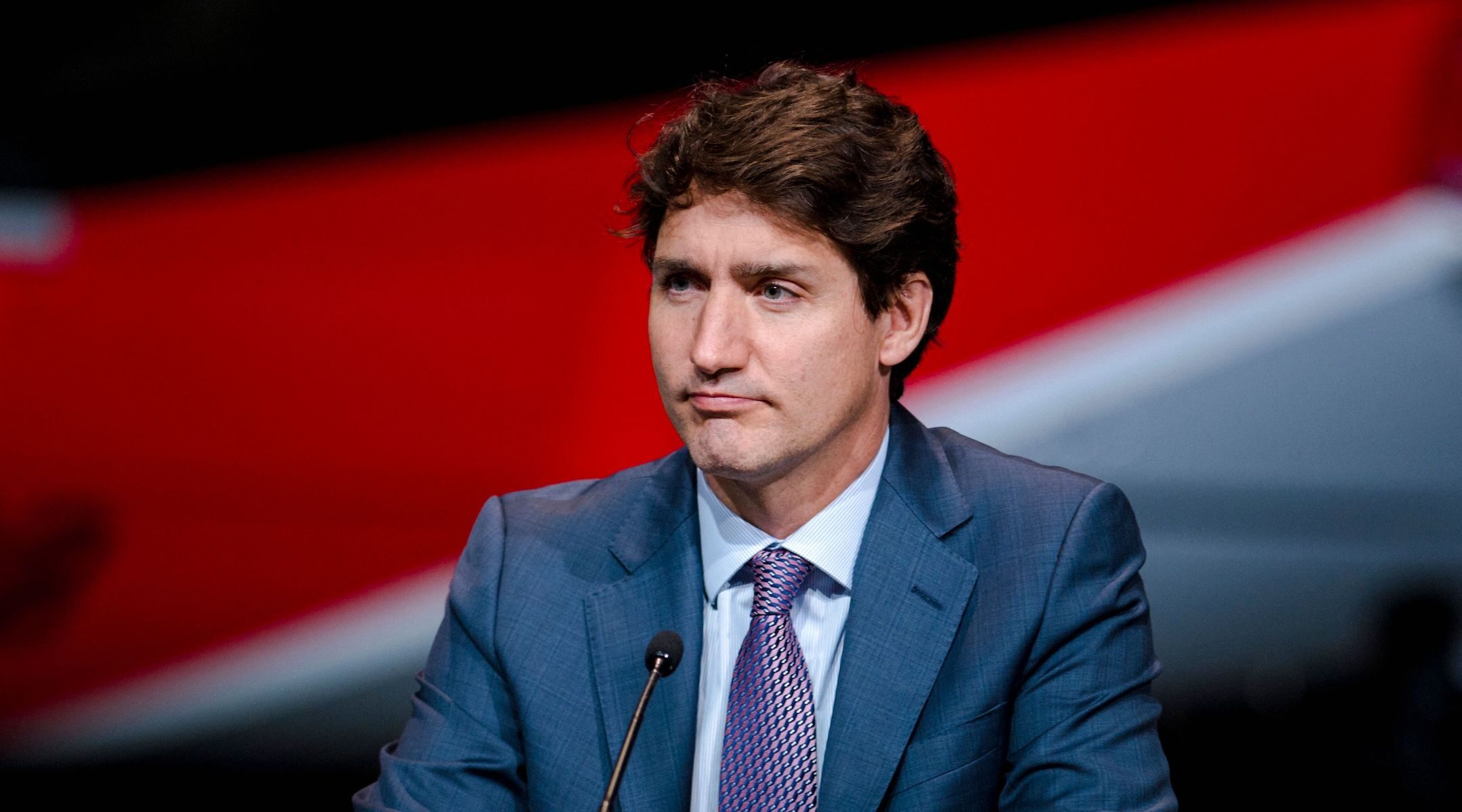 MONTREAL (JTA) — Amid an unprecedented number of antisemitic incidents in Canada, the government is set to spend more than $5 million to shore up the security of the nation’s Jewish community institutions.

Prime Minister Justin Trudeau made the announcement Wednesday at a special virtual national “summit” on antisemitism.

The new funding is part of his government’s Security Infrastructure Program to bolster the safety of at-risk minorities.

A main message at the conference was that good intentions won’t be enough to rid the world of one of its oldest scourges.

According to B’nai Brith Canada, more than 2,600 antisemitic incidents took place in Canada in 2020, a fifth consecutive record-setting year. Some 44% of them appeared to be related to the COVID-19 pandemic, the group said.

“The rise in hate-motivated crimes against the Jewish community in the past few months is not only alarming, it’s completely unacceptable,” Trudeau said. “As Jewish Canadians, too many of you have told me you’re feeling isolated and vulnerable.”

Trudeau was among the number of prominent voices heard at the conference, which was chaired by Diversity and Inclusion Minister Bardish Chagger and former Justice Minister Irwin Cotler. Along with the many government officials, the participants included Jewish advocacy organizations, the Black community, educators, law enforcement and students.

Annamie Paul, the Black-Jewish leader of Canada’s Green Party, told the conference that her support of Israel has led to a barrage of antisemitic hate against her.

Trudeau noted in his remarks that measures already taken by his government to fight hate included naming Cotler as a special envoy to further Holocaust education and adopting the working definition of antisemitism developed by the International Holocaust Remembrance Alliance.

Cotler said in a published interview that the summit was ”timely” and “necessary,” but that action needs to follow words.

“It can’t be just a one-time discussion,” he said. “It will have to be an action plan that is developed and implemented as a result of the discussion.”

A related summit on Islamophobia was scheduled for Thursday.