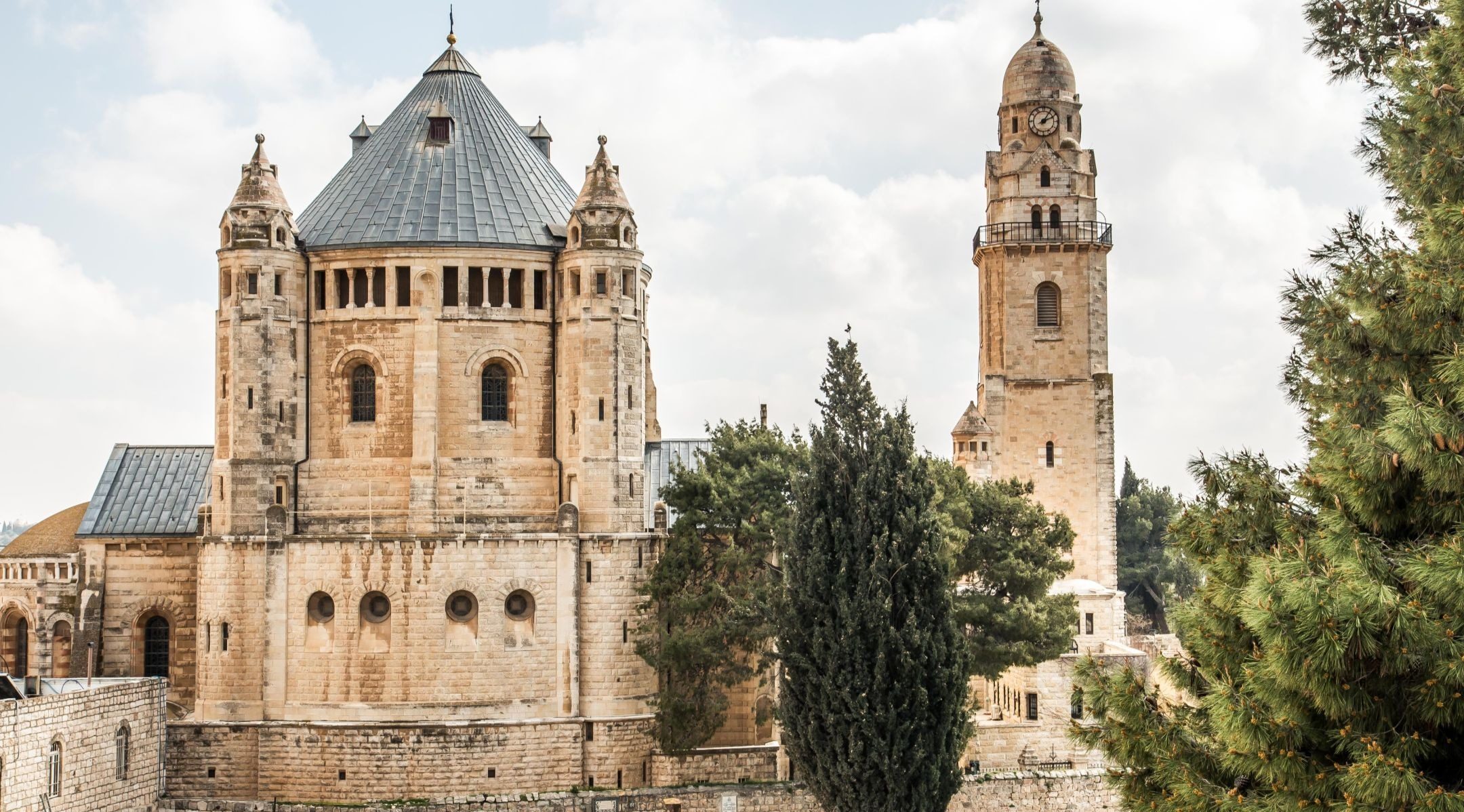 Dormition Abbey in Jerusalem is believed to be the site where the Virgin Mary died and near where the Last Supper was held. (Gary Bembridge/Wikimedia Commons)
Advertisement

JERUSALEM (JTA) — Prosecutors have dropped their case against two Jewish young men indicted in the vandalism of a Jerusalem monastery, saying they did not have enough evidence to go forward.

Graffiti, written in Hebrew, including “Christians to Hell,” “May his name be obliterated,” and “Death to the heathen Christians the enemies of Israel,” was spray-painted on the Dormition Abbey in the Jan. 17, 2016 attack. The abbey, located on Mount Zion just outside the Old City of Jerusalem, is believed to be the site where the Virgin Mary died and near where the Last Supper was held. It is located next to the site considered to be the tomb of King David.

Prosecutors made the announcement on Monday in Central District Court in Lod that it did not have enough evidence to prosecute Eyal Reuveni, 23, who already has been sentenced to prison for the July 2015 arson attack at the Church of the Multiplication of the Loaves and Fishes in northern Israel. Nor did it have enough evidence to prosecute a second suspect, age 21, who cannot be named since he was a minor at the time of the crime.

In January, the court threw out the confessions of another Jewish right-wing extremist minor accused in the same case, after determining that they were given under extreme duress.