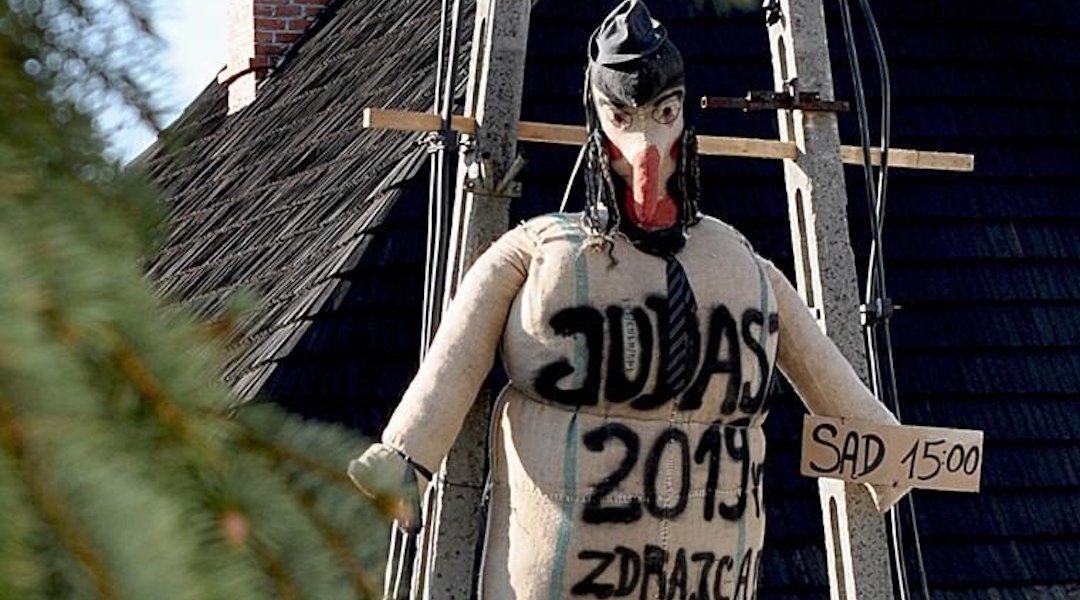 Residents of Pruchnik, Poland beat and burned a doll with a black hat, sidelocks and a large nose meant to represent the biblical figure of Judas over Easter weekend, April 2019. (Twitter)
Advertisement

(JTA) — The Catholic Church in Poland condemned the burning of a Jewish effigy on Easter weekend in a small town in the country’s southeast.

“The Catholic Church will never tolerate manifestations of contempt towards members of any nation, including the Jewish people,” Bishop Rafal Markowski, chairman of the church’s Committee for Dialogue with Judaism, said on Monday, according to the AP.

On Friday, residents of Pruchnik beat and burned a doll with a black hat, sidelocks and a large nose meant to represent the biblical figure of Judas, the disciple who betrayed Jesus. Though Jesus and his disciples were all Jewish, some Christians have associated Judas in particular with Jews and used it as a reason for supporting anti-Semitism.

The ritual drew condemnation from Jewish organizations and Israeli politicians.