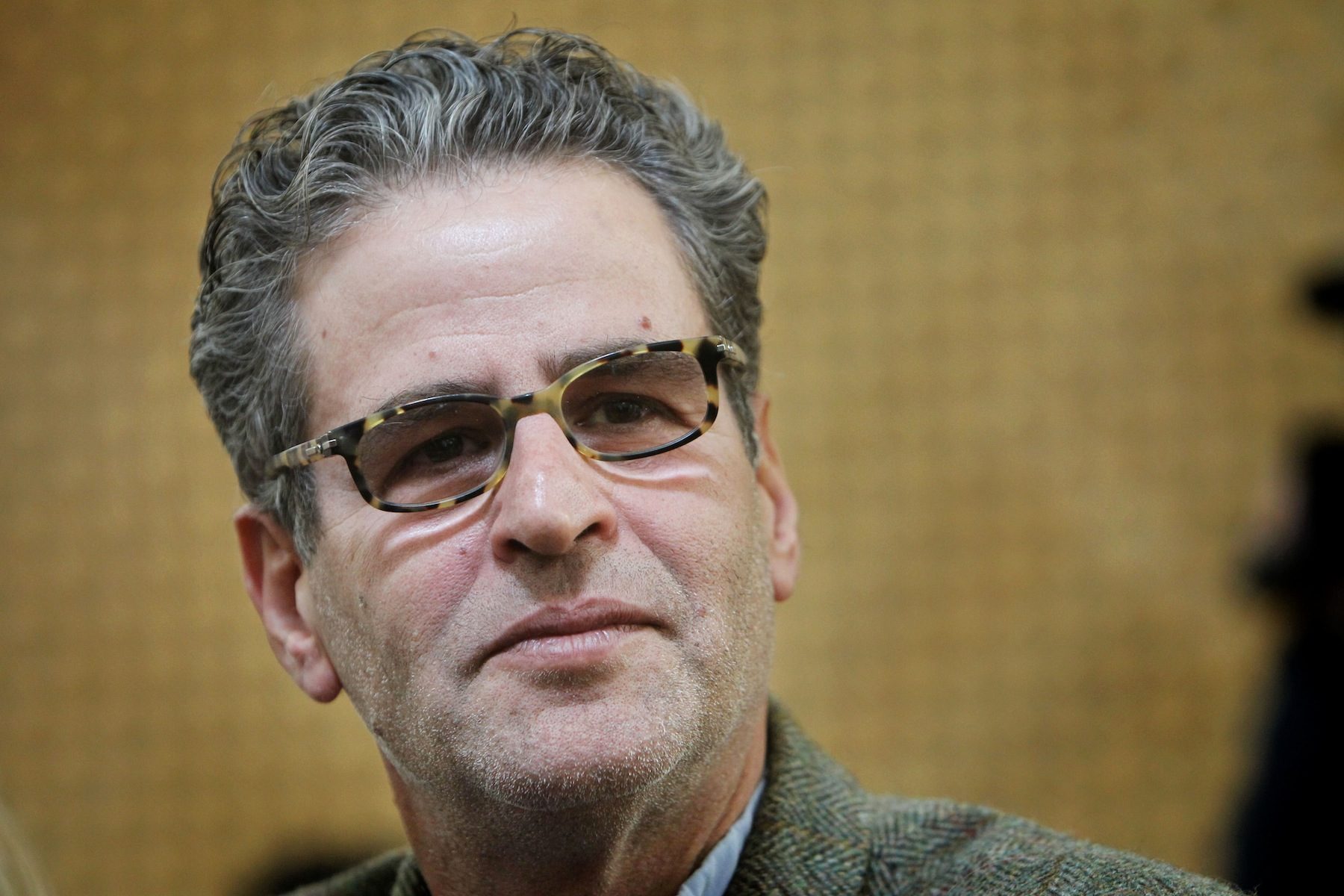 Israeli celebrity chef Eyal Shani is the inspiration behind Miznon, a Tel Aviv eatery that has just opened an outpost in Paris. (Miriam Alster/FLASH90)
Advertisement

JERUSALEM (JTA) — Celebrity Israeli chef Eyal Shani rapped in a YouTube video in an effort to raise money to provide sandwiches for Israeli schoolchildren who cannot afford to bring their own from home.

“There are some things that, for them, I am ready to sing,” he says at the start of the video while seated in an empty classroom.

Shani, who was a judge on Israel’s “Master Chef,” is volunteering on behalf of NEVET: Sandwich For Every Child, which provides sandwiches daily in schools for thousands of children.

NEVET, which means sprout, was founded by the food rescue organization Leket Israel.

Shani is known for his restaurant chain Miznon, which has branches in New York, Paris, Vienna and Melbourne. This year he opened a branch of his high-end HaSalon restaurant in New York City and was skewered by a food critic for a $24 tomato appetizer .