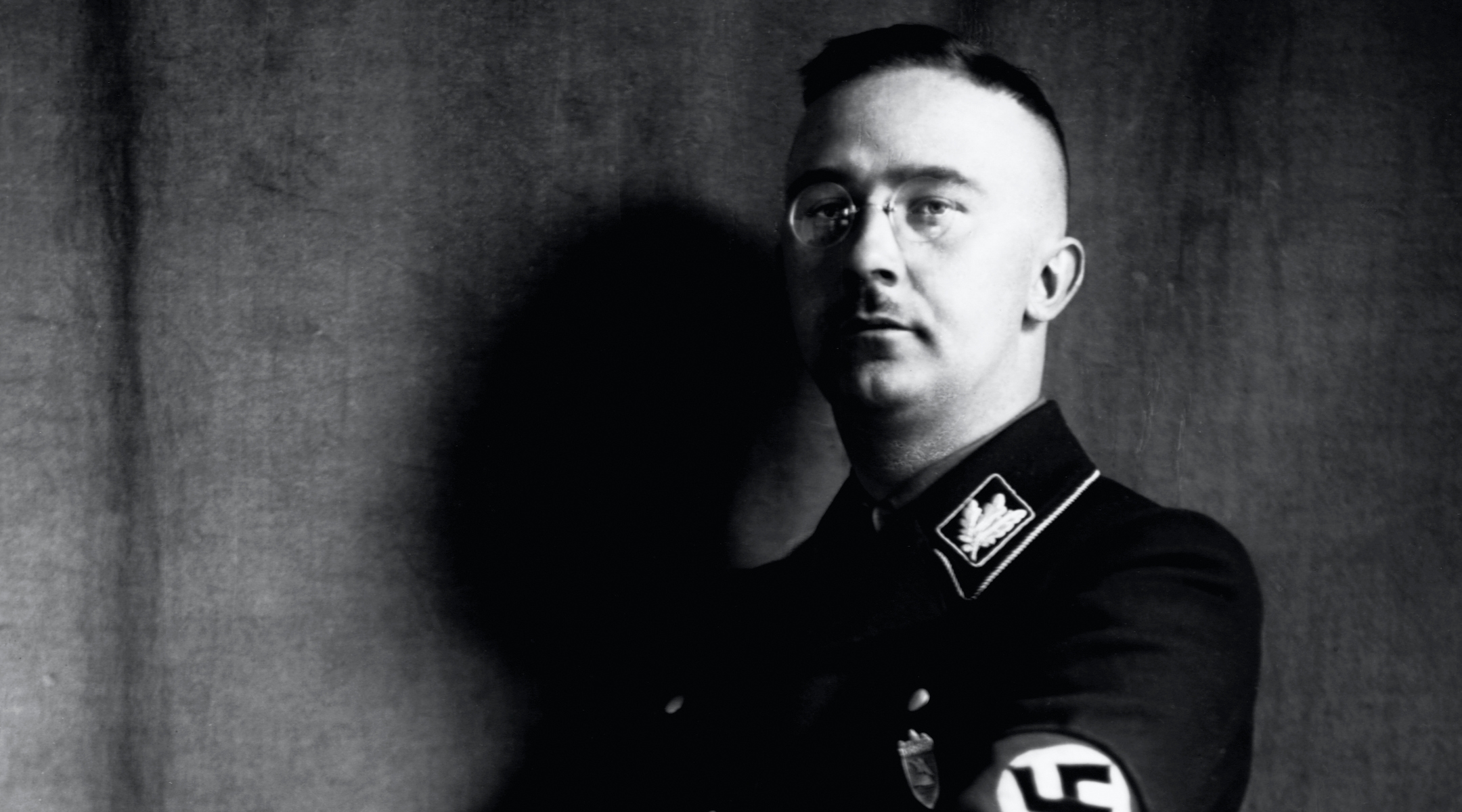 Heinrich Himmler, the leader of the Gestapo and the SS, in the 1930s. (Corbis via Getty Images)
Advertisement

(JTA) — One of the country’s largest cemetery operators included a quote from Heinrich Himmler in a calendar it distributed as a marketing tool.

The Philadelphia Inquirer reported that the November page in the StoneMor Inc. 2020 calendar depicts an older couple walking arm in arm alongside the quote, “My honor is my loyalty,” which is credited to Himmler, one of the architects of the Holocaust. The quote has become a slogan for modern neo-Nazis.

Keith Trost, the company’s spokesman, told the Inquirer that the inclusion of the Himmler quote was likely a mistake by an outside vendor. The company said it caught the error after printing but before most of the calendars were mailed.

Joe Redling, StoneMor’s chief executive, told the Inquirer that most of the calendars were destroyed, the vendor was fired, and so were StoneMor employees who failed to catch the error. StoneMor alerted the Anti-Defamation League and other Jewish groups.

One of the many cemeteries StoneMor operates is a Jewish cemetery in Woodbridge, New Jersey.