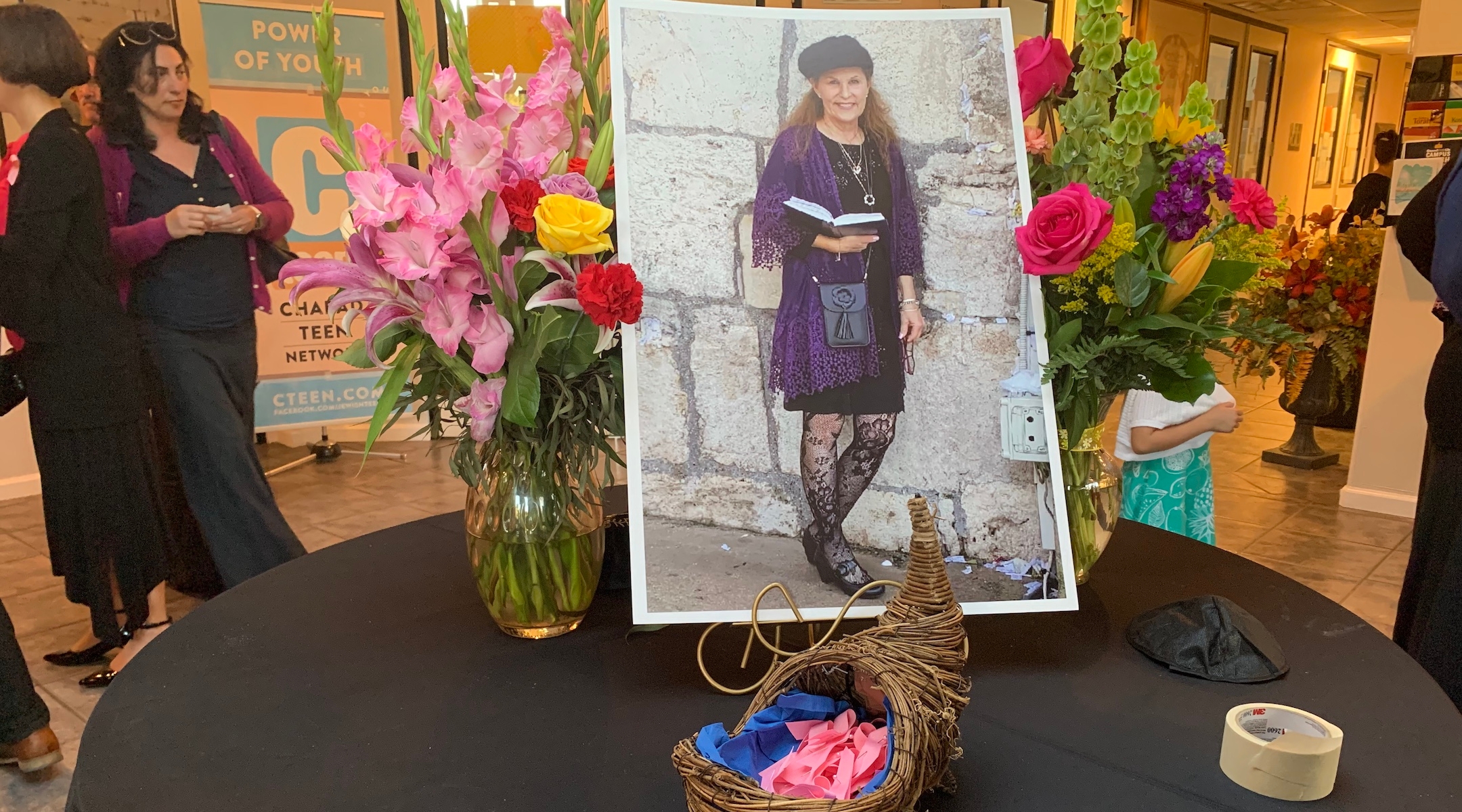 (JTA) — The Chabad of Poway synagogue dedicated a new Torah scroll in honor of Lori Gilbert-Kaye, who was killed in a shooting attack last month at the San Diego-area synagogue.

The ceremony took place Wednesday night marking the end of the sloshim, or first 30-day mourning period, and the night of Lag b’Omer, when a period of semi-mourning for the Jewish community ends.

Rabbi Yisroel Goldstein filled in one of the last letters, using his right hand, which lost its index finger in the shooting, the San Diego Tribune reported.

Gilbert-Kaye’s husband and daughter, who were both in the synagogue during the attack by a lone gunman, filled in the final letter of the scroll and then shared a hug before joining the congregation in dancing through the streets with the scroll.

“Her loss is still very raw, and it’s very painful,” Goldstein said at the dedication, according to the Tribune. “The Torah tonight is going to begin healing our hearts, that Lori’s life is not in vain.”

The scroll was a gift from the Jaffa Family Foundation of New York, Cleveland and Minneapolis.

The alleged gunman, John Earnest, 19, entered the Chabad of Poway on April 27 and opened fire at worshippers. Gilbert-Kaye was killed and three people — the rabbi, an 8-year-old girl and her uncle — were injured.

Earnest has pleaded not guilty to the attack, which includes federal hate crimes charges.