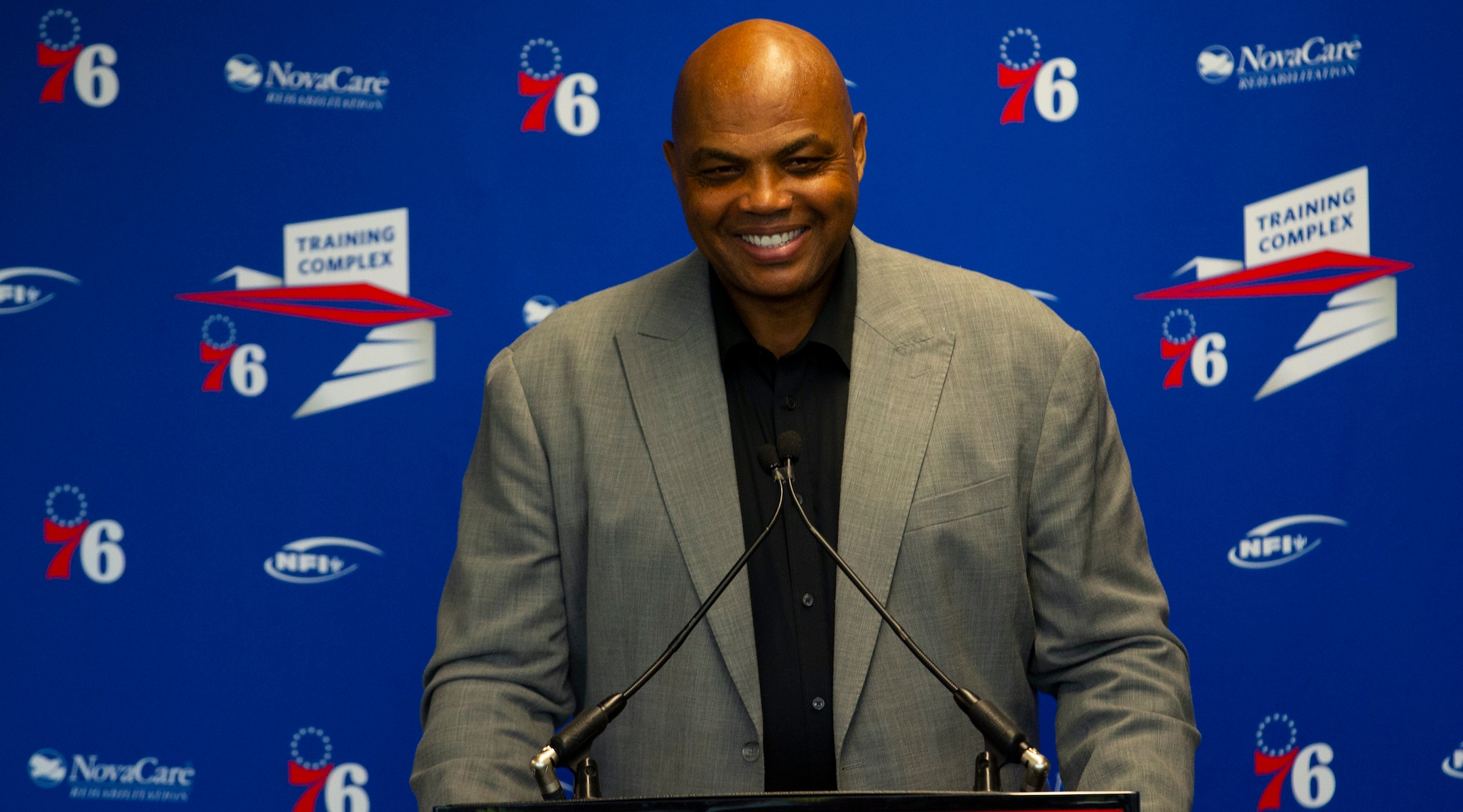 Charles Barkley speaks at the podium prior to his sculpture being unveiled at the Philadelphia 76ers training facility in Camden, N.J., Sept. 13, 2019. (Mitchell Leff/Getty Images)
Advertisement

(JTA) — Earlier this month, Charles Barkley confessed to Jimmy Kimmel that he wasn’t sure he’d make it through the hora at his daughter’s wedding.

He needn’t have worried.

Standing 6-foot-5 and weighing around 250 pounds, the NBA Hall of Famer was concerned that the wedding guests wouldn’t be able to lift him in a chair during the traditional Jewish celebratory dance. His daughter, Christiana, was to wed Ilya Hoffman, who is Jewish, at a Scottsdale, Arizona, resort.

“I’ve been really working out hard because apparently they’ve got to pick me up in a chair,” Barkley told Kimmel on his talk show on March 4. “Listen, I need all Jewish people on deck, brother. Cause I can only get so skinny by Saturday, man.”

But according to a write-up of the wedding in The New York Times, the chair-lifting went just fine. The dancing followed a wedding officiated by Rabbi John Linder, who leads Temple Solel, a Reform congregation near Scottsdale.

“He really was scared, but he got in the chair, and next thing you know he and my mom were up there,” Christiana Barkley told The Times. “They had a blast.”

Hoffman, a marketing executive, met Barkley, the writing director for a college consulting company, in 2016 at a party following a replay of a college basketball championship game. Barkley won over Hoffman’s grandmother through love of her chicken soup, according to The Times.