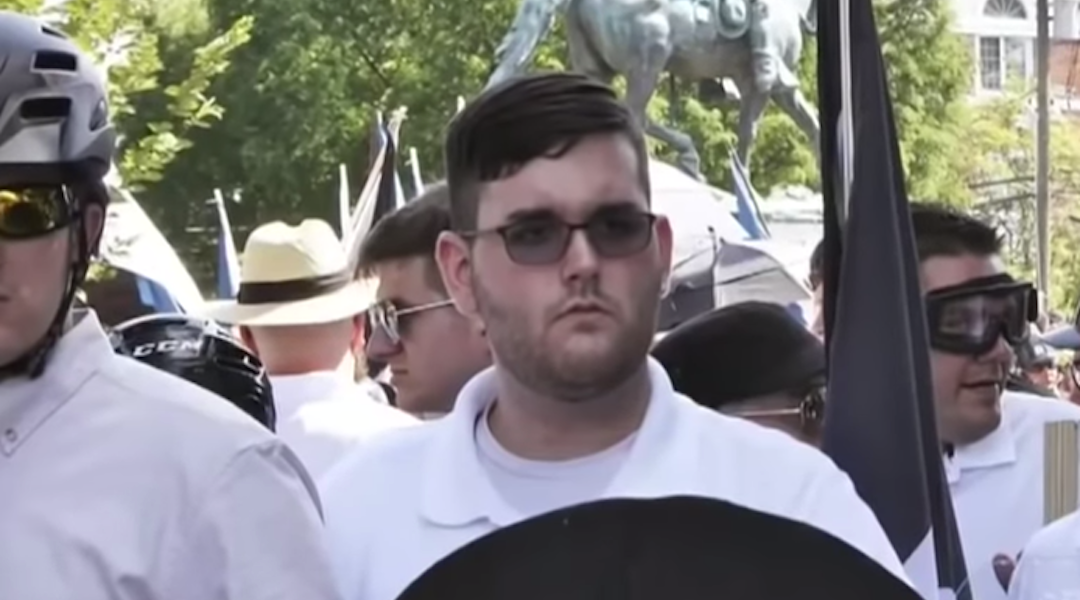 James Alex Fields at the Charlottesville rally in August 2017. (Screenshot from YouTube)
Advertisement

WASHINGTON (JTA) — The neo-Nazi who rammed his car into a group of counter-protesters at a far-right rally in Charlottesville, Virginia, killing 32-year-old Heather Heyer, pleaded guilty to federal hate crimes, months after a state court convicted him of murder.

James Fields Jr., who was 20 in August 2017 when he staged the attack, pleaded guilty Wednesday to 29 hate crimes after prosecutors removed a charge — racially motivated violent interference with a federally protected activity — that might have brought a death penalty. This reverses the not guilty plea he entered for the federal charges last year.

Fields will be sentenced this summer. The state jury in December recommended life plus 419 years.

William Barr, the U.S. attorney general, called Fields’ crime “domestic terrorism” and in a statement that referred to the mass murder earlier this month of 50 Muslim worshippers at a New Zealand mosque, allegedly carried out by a white supremacist.

“In the aftermath of the mass murder in New Zealand earlier this month, we are reminded that a diverse and pluralistic community such as ours can have zero tolerance for violence on the basis of race, religion, or association with people of other races and religions,” he said.

President Donald Trump has drawn criticism since the attack for his equivocal responses ascribing violence to both sides in the incident.