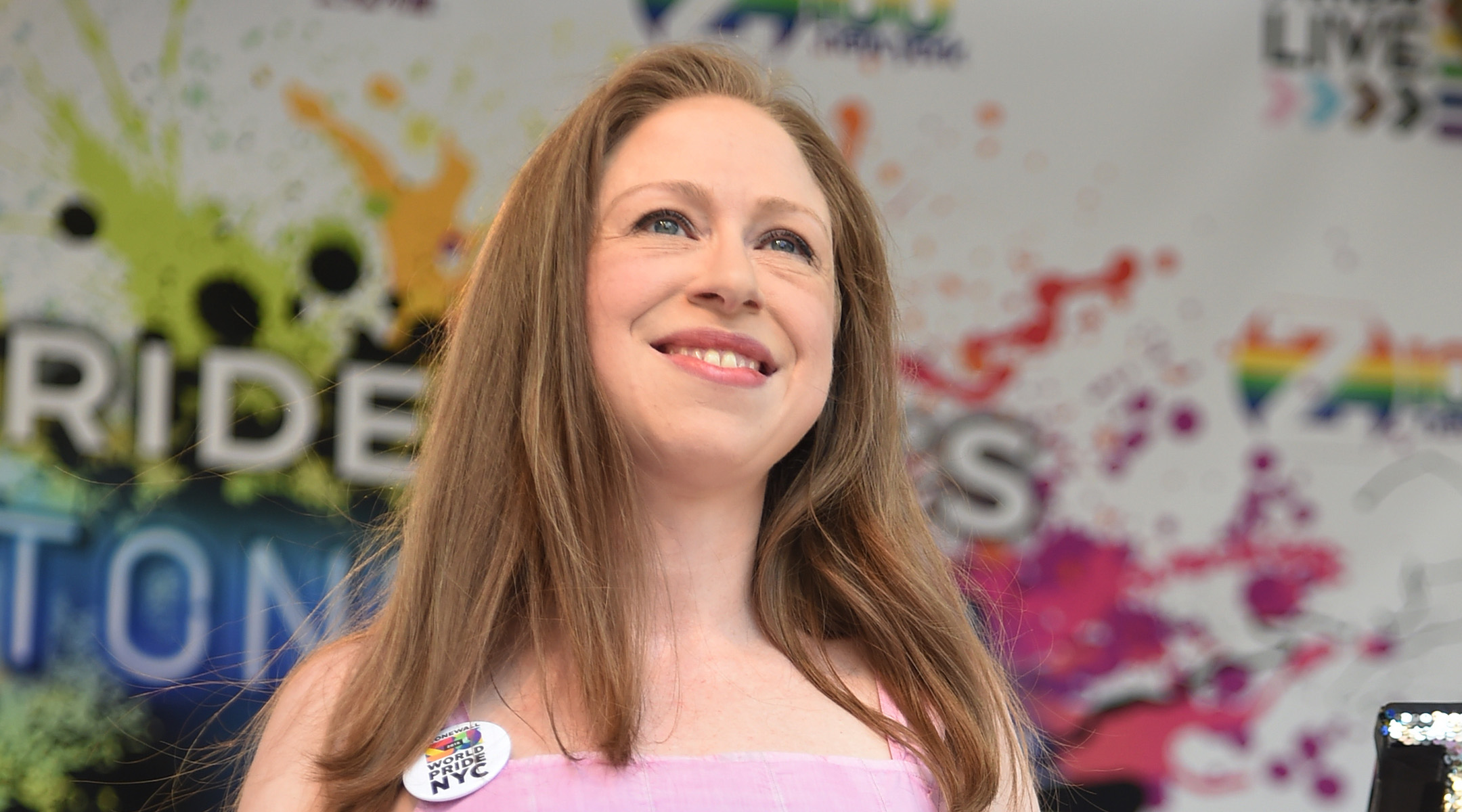 (JTA) — The Clinton clan just got a little bit bigger.

Chelsea Clinton announced on Twitter that she has had her third child, a boy named Jasper Clinton Mezvinsky. He joins joins Charlotte, 4, and Aidan, 3.

This morning we welcomed our son, Jasper Clinton Mezvinsky. We are overflowing with love and gratitude and can’t wait to introduce him to his big sister and brother.

The former first daughter, 39, isn’t Jewish, but her husband, Marc Mezvinsky, is. Clinton also heads an interfaith relations institute at New York University and frequently defends Jews on Twitter. The couple were married under a huppah.