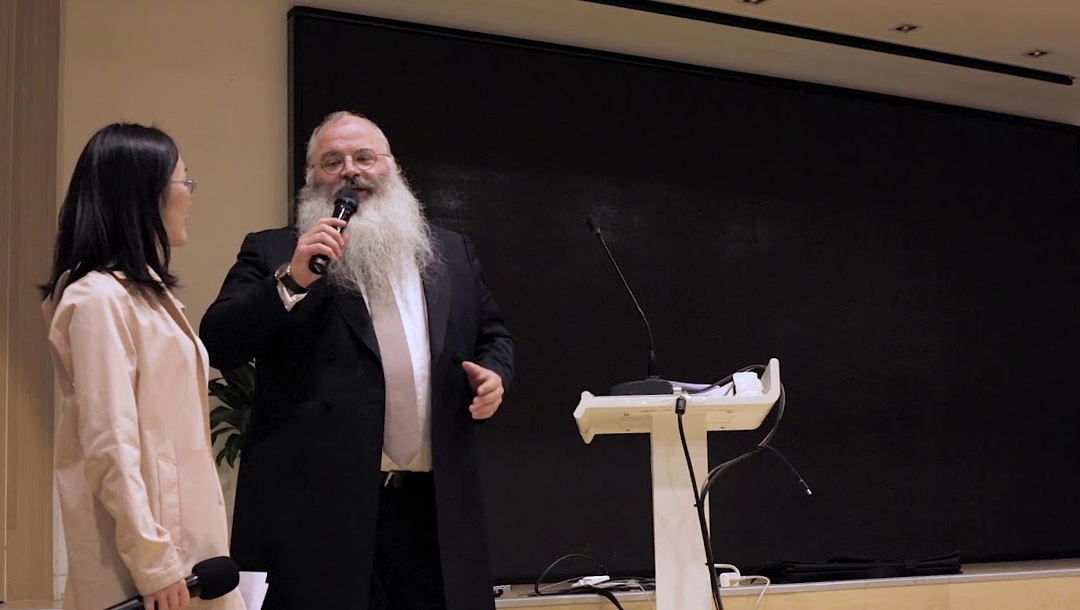 (JTA) — A rabbi in China who urged the members of the Chabad community there not to congregate for worship said the concession shielded them from the coronavirus.

“Throughout all the 13 Chabad houses in China and Hong Kong, not one community member contracted this virus. And the reason is because they listened,” Shimon Freundlich, a Chabad emissary in Beijing, said in a voice note he sent out Friday, referencing government orders not to gather with anyone outside household members.

Freundlich said his message was in response to the many questions he has received about conditions under which it would be safe to hold a minyan, the quorum of 10 Jewish men required for some prayers in Orthodox Judaism.

Theoretically, “if it’s done in a certain way, perhaps it would be possible, but it’s not practical,” he said of holding a minyan at a time when the virus has infected hundreds of thousands of people in dozens of countries since its appearance in China late last year.

Freundlich said the issue is “pikuach nefesh,” Hebrew for a situation where saving a human life supersedes religious rules and practices.

“Listen to the poskim, listen to the dayanim and stay home,” he said, using the Hebrew words for makers of religious rules and rabbinical judges.

“You think you’re a ‘groiysse chochem’ [Yiddish for ‘great sage’] that you know better than the doctors?!” he asked. “All the scientists in the world who are telling you how dangerously quick, fast this virus spreads?!”