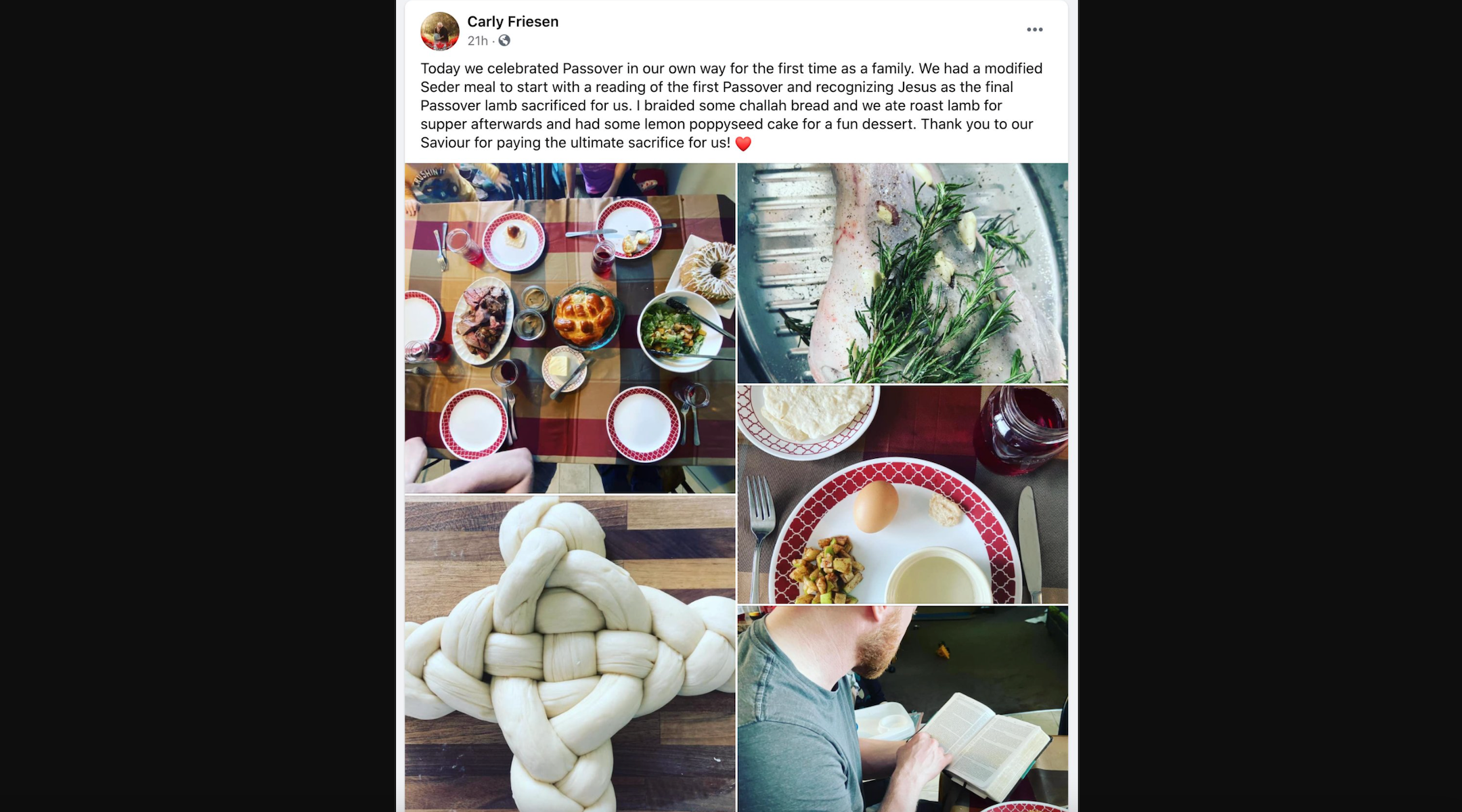 (JTA) — The resurgence of Christian Passover seders, in which non-Jews put their own spin on the Jewish holiday meal, has stoked controversy in recent years.

This weekend, one Twitter user found the perfect culprit to criticize: a Christian woman who served a challah bread braided in the shape of a cross at her seder.

“I think I just had a rage blackout,” the user @clapifyoulikeme tweeted Sunday, along with a screenshot of a Facebook post by Carly Friesen. The photos show Friesen’s meal layout and the cross-shaped challah.

In addition to the offense caused to some by the cross shape, the doughy challah breaks one of the core religious frameworks of the holiday — abstaining from eating leavened bread in a symbolic gesture to the holiday’s Exodus story, in which Jews fled Egypt before their bread could rise.

“Today we celebrated Passover in our own way for the first time as a family,” Friesen wrote in the post. “We had a modified Seder meal to start with a reading of the first Passover and recognizing Jesus as the final Passover lamb sacrificed for us.

“Thank you to our Saviour[sic] for paying the ultimate sacrifice for us!” she added with a heart emoji.

The screenshot of Friesen’s post drew thousands of likes and hundreds of comments, many of them perturbed.

Christian seders often turn the afikomen — or dessert matzah that is traditionally hidden at the Jewish Passover meal — into bread of the Eucharist, or a physical manifestation of Christ.

“[I]n many the Exodus story is washed out and replaced by the Jesus story,” a rabbi told the Jewish Telegraphic Agency in 1997.