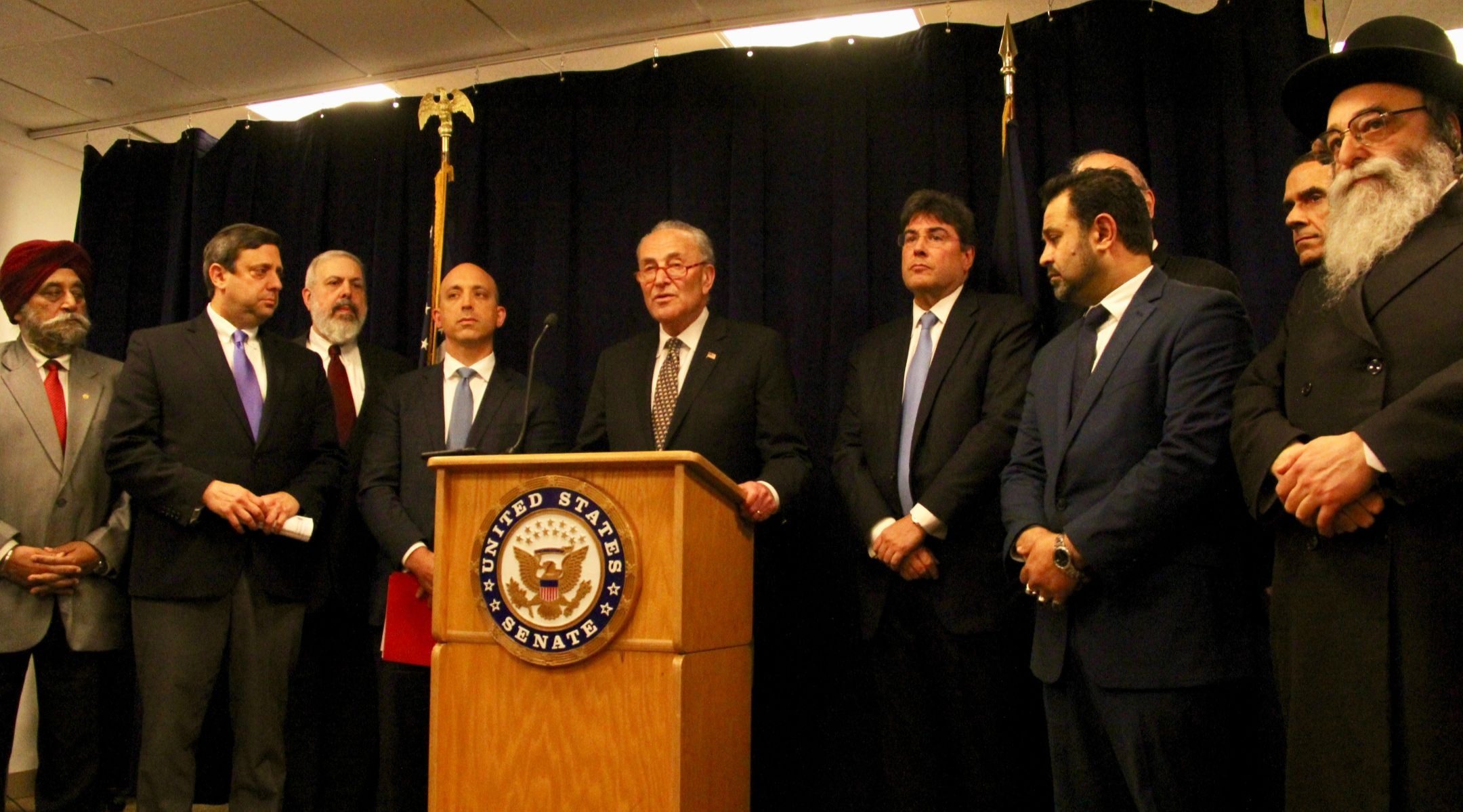 Senate Minority Leader Chuck Schumer announces in New York that he will fight for a quadrupling of funding for federal security grants for nonprofit organizations, Dec. 30, 2019. He is joined by religious leaders. (Courtesy of the Office of Sen. Chuck Schumer)
Advertisement

It would raise the amount provided by the Nonprofit Security Grant Program to $360 million annually from $90 million. The program provides funding to improve the security of nonprofit organizations at risk of being targeted for terror attacks such as synagogues, churches, mosques, schools, Jewish community centers and other faith-based community centers.

Schumer made the announcement on Monday in New York, less than 48 hours after a stabbing attack at the home of a rabbi in suburban Monsey, joined by Jewish leaders and leaders of other religious groups.

The Monsey attack, and attacks on churches and mosques “shows the vulnerability and increased danger in houses of worship,” he said. “With horrific hate crimes and terror attacks against places of worship and schools becoming more frequent, we must continue doing all we can to help protect people of all faiths worship and gather in safety and security.”

Schumer also said hate crimes must be investigated and prosecuted. A 2009 law authorized $5 million for the Department of Justice to provide assistance to state and local law officials in the investigation or prosecution of a hate crime, but it has never been fully funded by the government.