Chuck Schumer says Trump should be removed from office immediately 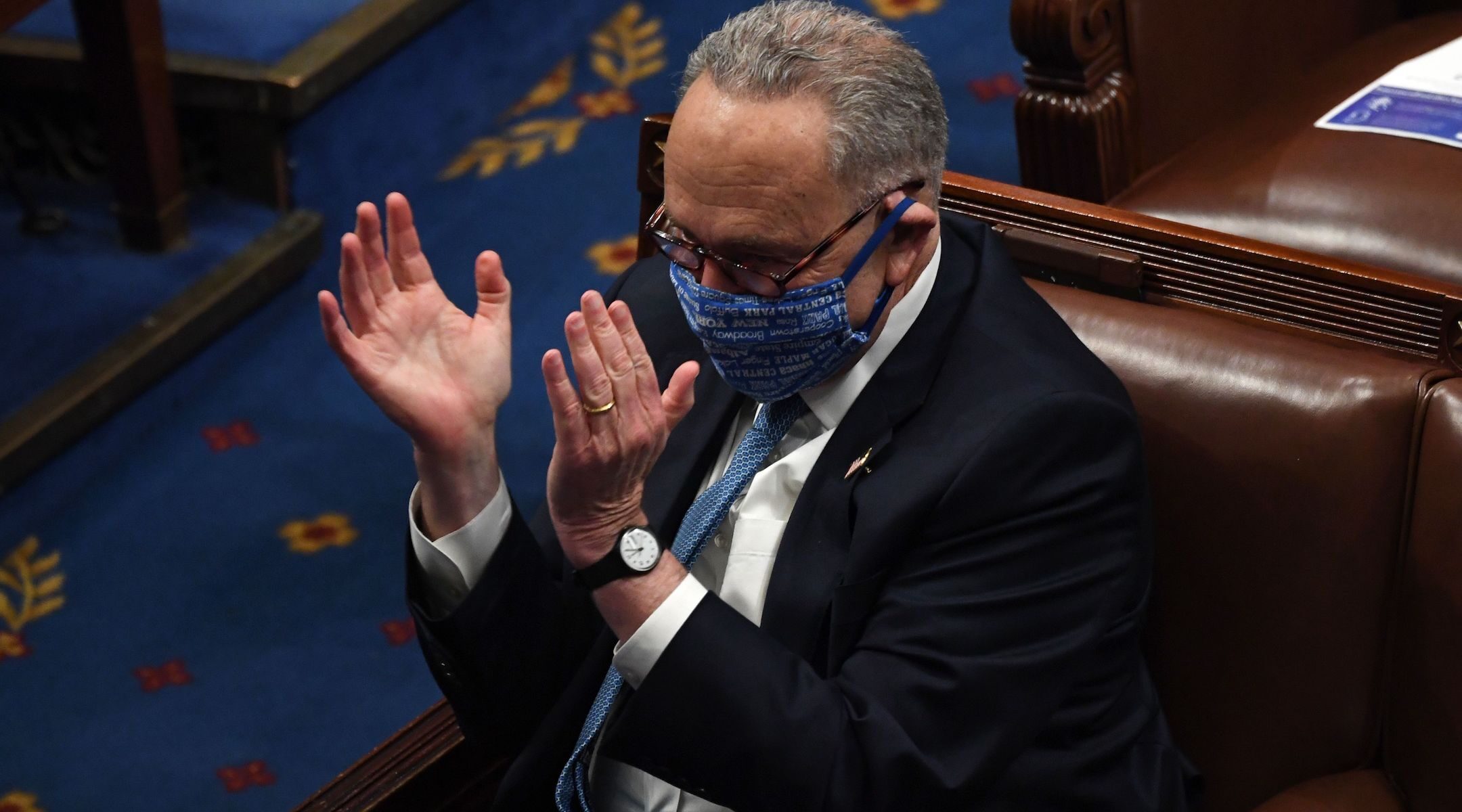 (JTA) — Sen. Chuck Schumer, the soon-to-be Senate majority leader, said Thursday that President Donald Trump should be removed from the White House immediately in the wake of an attempted coup at the Capitol building in Washington, D.C., that led to four deaths.

In a statement, the New York Democrat called on Vice President Mike Pence to invoke the 25th Amendment, which would declare that the president is unable to perform his duties. If Pence fails to act, Schumer said, Congress should move to impeach Trump for a second time.

“What happened at the U.S. Capitol yesterday was an insurrection against the United States, incited by the government. This president should not hold office one day longer,” Schumer wrote.

After Democrats Raphael Warnock and Jon Ossoff won their Senate races in Georgia this week, the Senate is set to flip to Democratic control, taking into account the tie-breaking vote of Vice President-elect Kamala Harris. That will make Schumer the first Jewish Senate majority leader and the highest-ranking elected Jewish official in U.S. history.