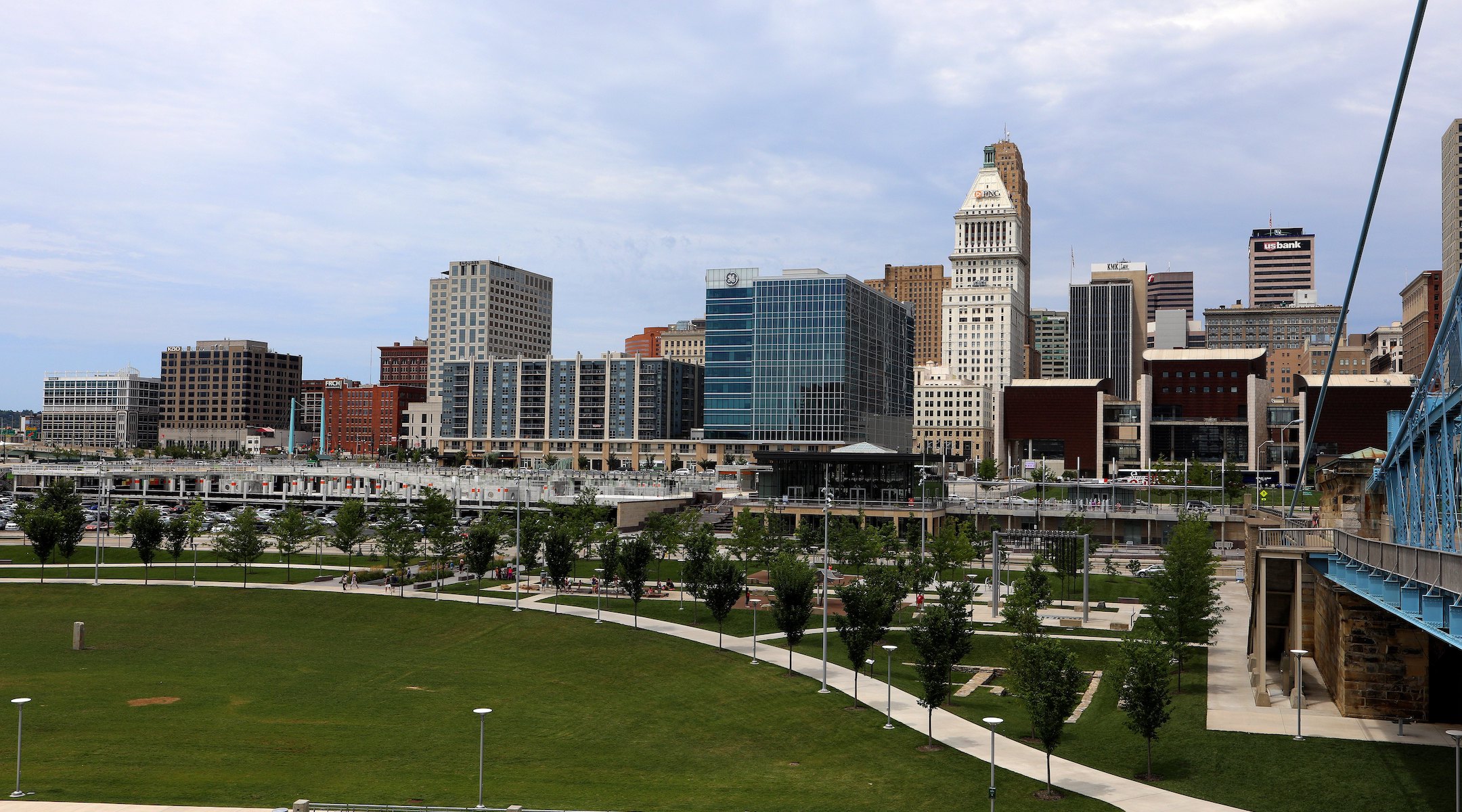 A view of the Cincinnati skyline (Raymond Boyd/Getty Images)
Advertisement

The graffiti reading “The Jews killed Christ. They are the enemies of the whole human race. – Paul” was discovered on Wednesday night. It was painted over on Friday.

On Friday, representatives from the Cincinnati Office of Human Relations, the police department, and the Islamic Center of Greater Cincinnati, among others, gathered at the overpass to condemn the incident.

“We are tremendously grateful for the support we’ve received from city leaders, police, the FBI, and leaders of other diverse faith and ethnic communities, to quickly work to clean this hateful messaging from our city’s infrastructure, and for being with us here today and in solidarity otherwise. The response from our entire community has been a strong and solid one, that hate has no home here,” Jackie Congedo, director of the federation’s Jewish Community Relations Council, said at a news conference at the site on Friday.

“This despicable graffiti is unfortunately part of a disturbing trend worldwide, but we will not tolerate these acts in our community. Cincinnati stands by our Jewish neighbors and will continue to fight against hate of all kinds,” Cincinnati Mayor John Cranley said.