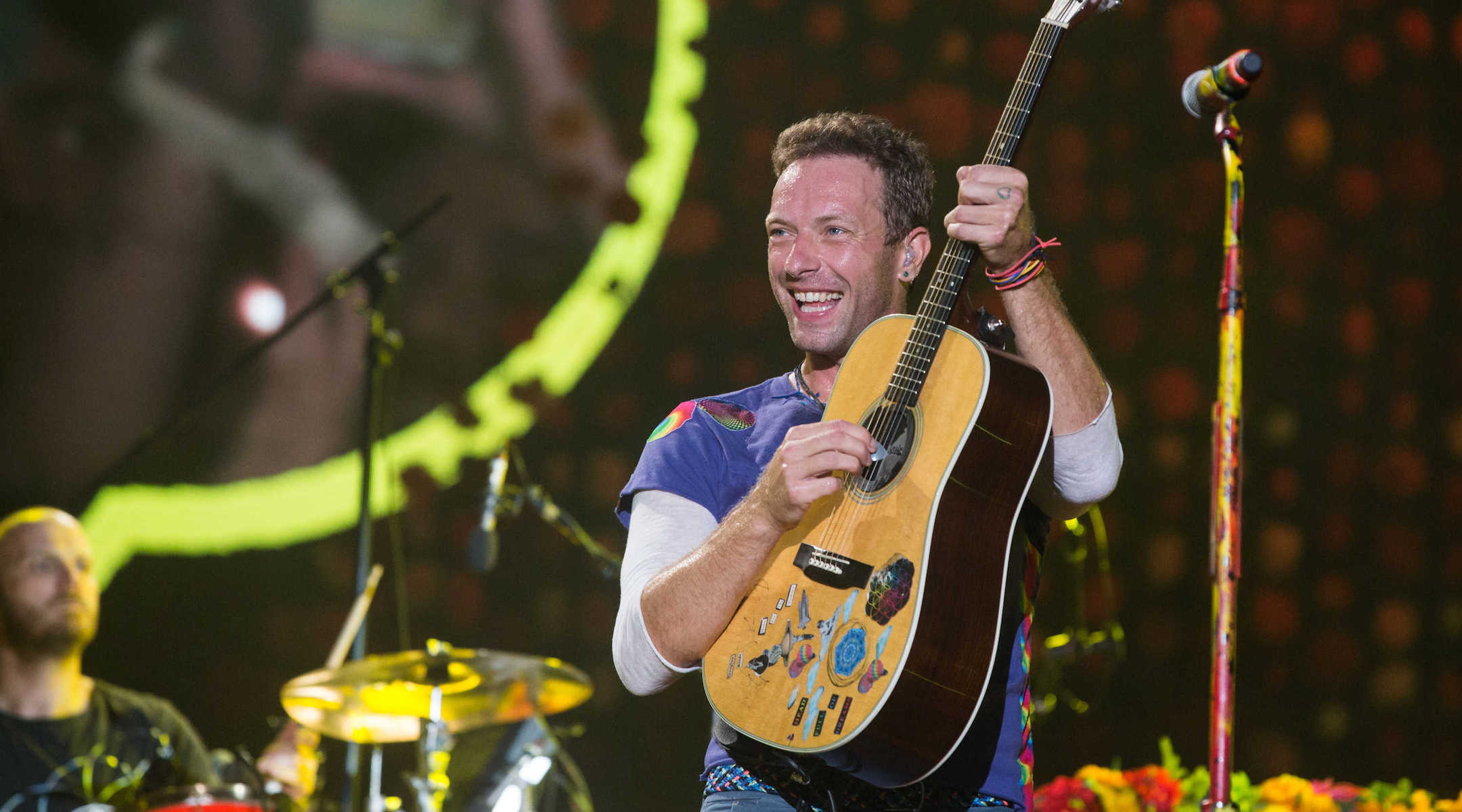 (JTA) — Coldplay frontman Chris Martin visited a kindergarten for Jewish and Arab children in the central Israeli city of Jaffa during a quick visit.

The English rock star was spotted by a reporter for Israel’s Channel 12 show “Good Evening with Guy Pines” on Monday.

Martin donates to the foundation behind the Bustan Yafa network of schools, according to The Jerusalem Post. The schools teach multiple religions and languages, and preach tolerance and coexistence.

After touring the Jaffa school, Martin reportedly visited the West Bank before leaving on Tuesday.

Martin has attempted to set up a concert in Israel for years to promote Israeli-Palestinian coexistence, but the plan has never taken shape.

He was married to the Jewish actress and lifestyle guru Gwyneth Paltrow from 2003 to 2016. One of their two children is named Moses.