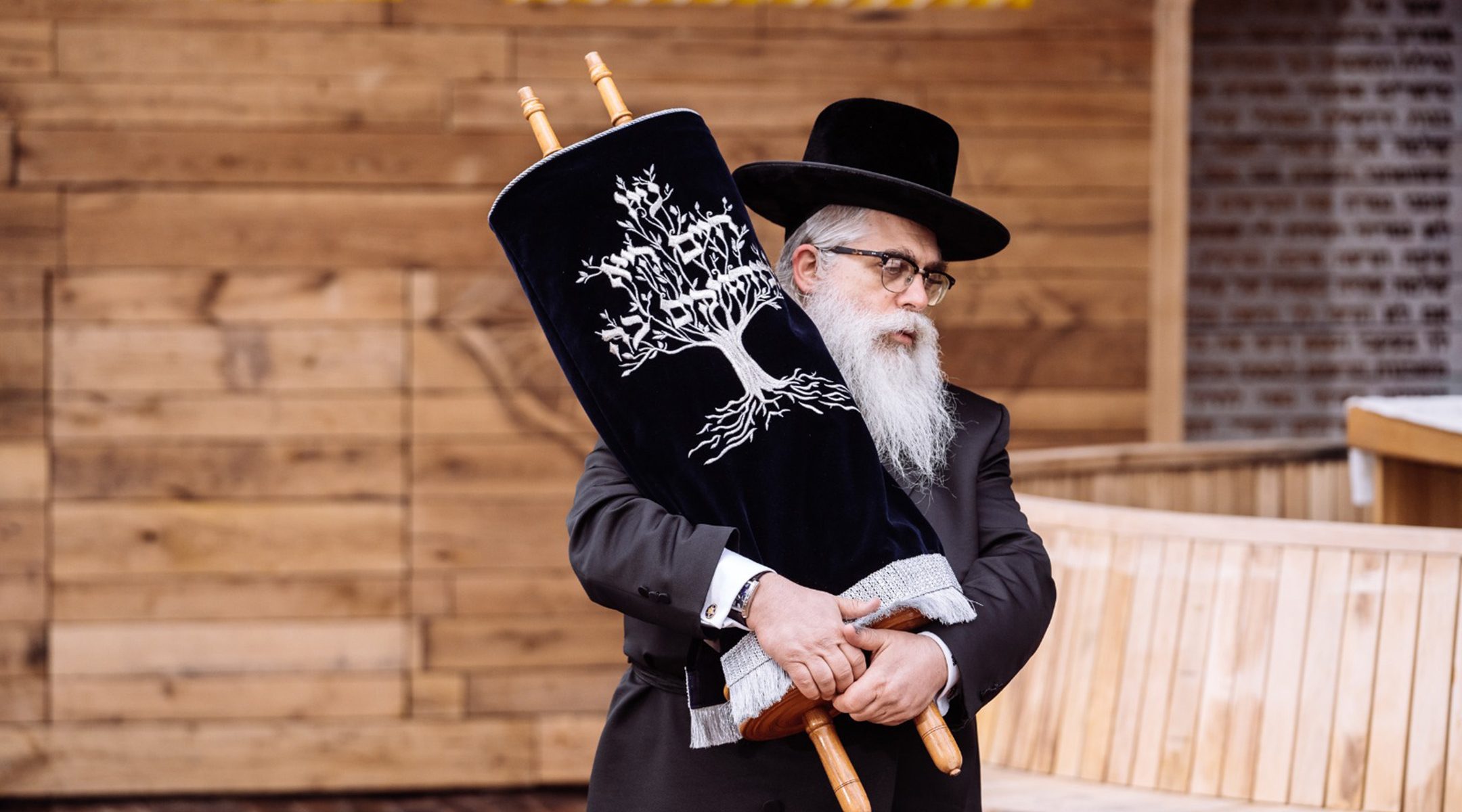 (JTA) — A new synagogue opened in Babyn Yar, the park in the Ukrainian capital of Kyiv commemorating a ravine where the Nazis and their collaborators murdered more than 30,000 Jews.

The new structure, which has an innovative collapsible design, opened Wednesday ahead of the 80th anniversary of the killings in September. Ukrainian Chief Rabbi Yaakov Dov Bleich was among 10 local rabbis in attendance.

Comprising an area of about 300 square feet, the synagogue with its hinged ceiling can be erected within minutes.

“The dynamic quality of the building is important,” Manuel Hertz, the designer, said in a statement. “Not only because it is a a new ritual, and collective process. But also because it has a subtle quality. The building does not impose itself on the territory. In a way it has a very tender approach to the ground. This ground which is almost sacred.”

Rabbi Israel Meir Lau, a Holocaust survivor and former chief Ashkenazi rabbi of Israel, said about the new structure: “Commemorating through the establishment of a synagogue is a wonderful thing. The Nazis knew that so long as the Jewish faith exists, the Jewish people cannot be destroyed.”