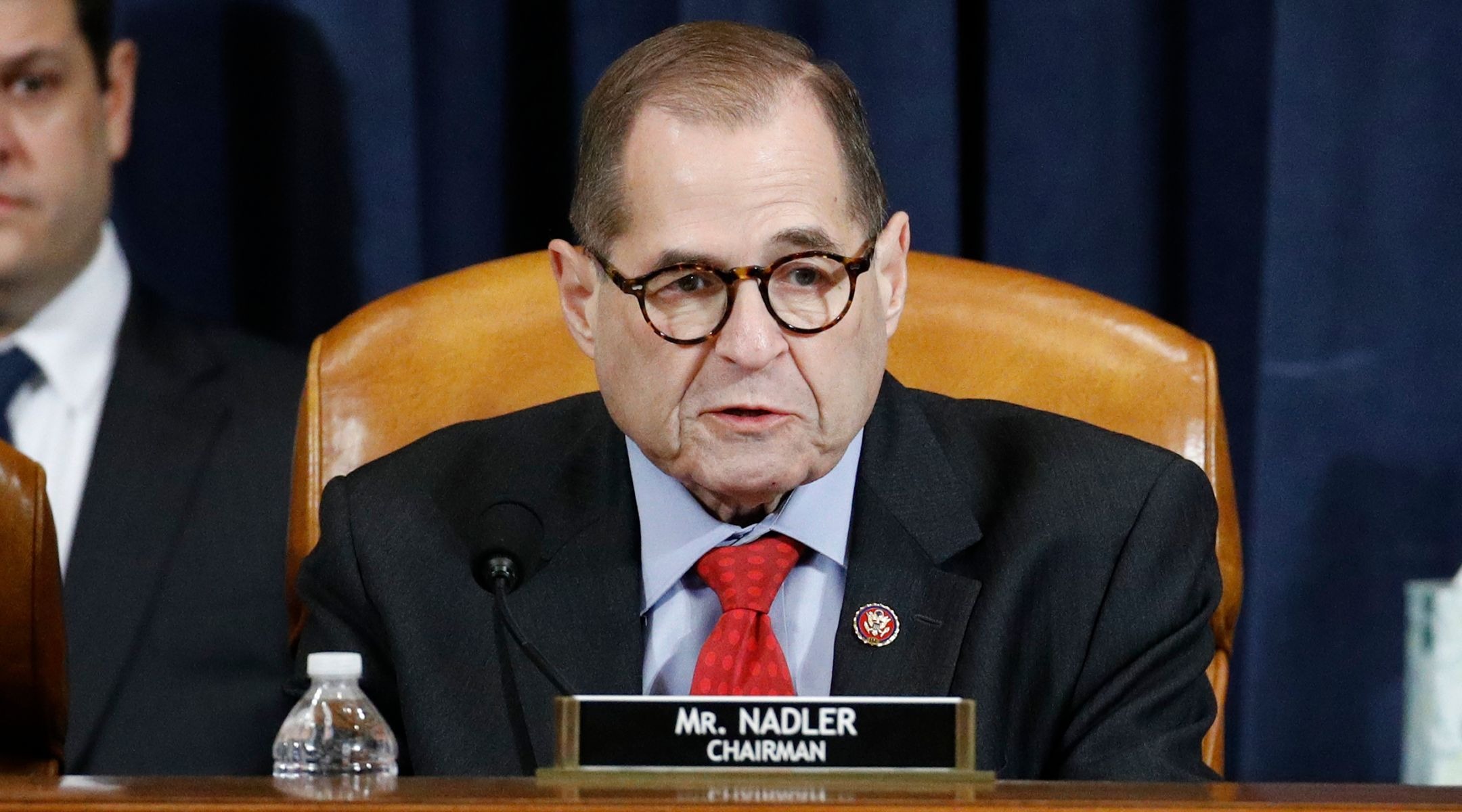 House Judiciary Committee Chairman Rep. Jerrold Nadler, D-N.Y., votes yes on the second article of impeachment as the House Judiciary Committee holds a public hearing to vote on the two articles of impeachment against U.S. President Donald Trump in the Longworth House Office Building on Capitol Hill in Washington, DC on December 13, 2019. The articles charge Trump with abuse of power and obstruction of Congress. House Democrats claim that Trump posed a 'clear and present danger' to national security and the 2020 election based on his dealings with Ukraine. (Patrick Semansky-Pool/Getty Images)
Advertisement

The committee meeting Friday morning after a marathon debate session that lasted to close to midnight Thursday approved 23-17 articles impeaching Trump for obstruction of Congress and for abuse of power. Democrats are in the majority on the committee and in the House.

“Today is a solemn and sad day,” Rep. Jerry Nadler, D-N.Y., the committee chairman, who is Jewish, said afterward. “For the third time in a little over a century and a half, the House Judiciary Committee has voted articles of impeachment against the president, for abuse of power and obstruction of Congress. The House will act expeditiously.”

The full House will likely debate and vote on the articles next week. Trump is likely to be impeached on the charges, related mostly to the allegation that he leveraged congressionally mandated defense assistance to Ukraine to get its government to investigate his political rival, former Vice President Joe Biden.

The Senate will take up the impeachment as early as January. Senate Majority Leader Mitch McConnell has already said Trump will be acquitted. Trump’s conviction and removal from office would require a two-thirds vote.

“The President looks forward to receiving in the Senate the fair treatment and due process which continues to be disgracefully denied to him by the House,” Trump’s spokeswoman, Stephanie Grisham, said in a statement.