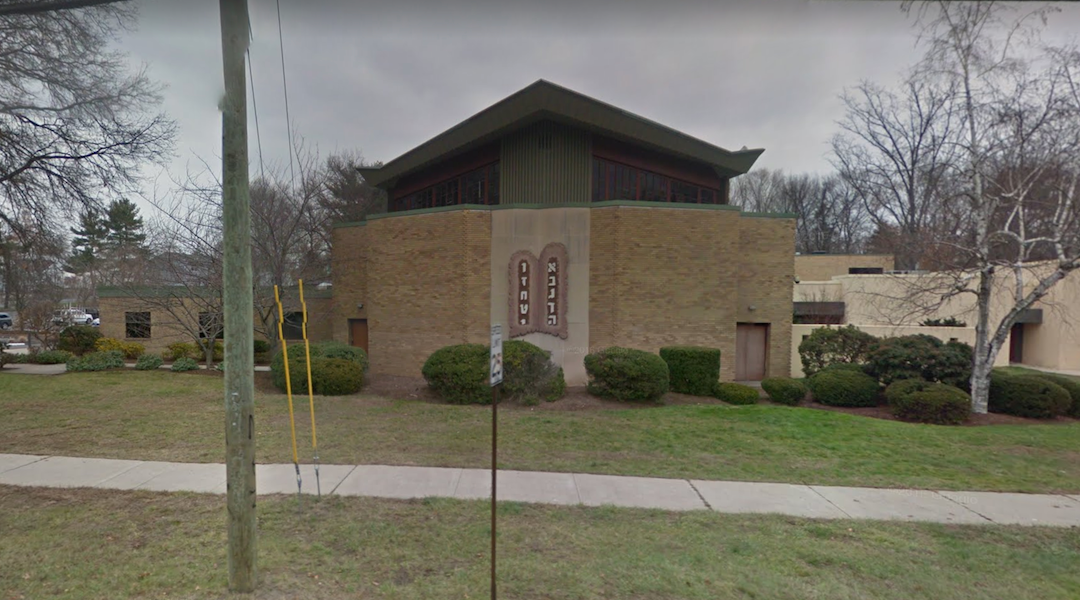 (JTA) — A synagogue in Connecticut has been evacuated after it received two bomb threats.

Congregation B’nai Israel, a Reform congregation in Bridgeport, was evacuated on Friday while police investigated the threats, the city’s police said on Twitter.

The police department said all had been evacuated safely.

Sunday marks the one-year anniversary of the shooting at the Tree of Life Synagogue in Pittsburgh, in which a gunman killed 11 people.

The American Jewish Committee is organizing a campaign urging people to attend synagogue this Shabbat to show solidarity with Jews in light of the anniversary. The group said that the Bridgeport synagogue had signed up to participate in the campaign.

Alarming news from CT: Congregation B’nai Israel of Bridgeport—which had planned to participate in AJC's #ShowUpForShabbat campaign—has been evacuated after receiving two bomb threats. Thankful that no one has been hurt, we pray for the community's safety.https://t.co/0ufTqBb5r2