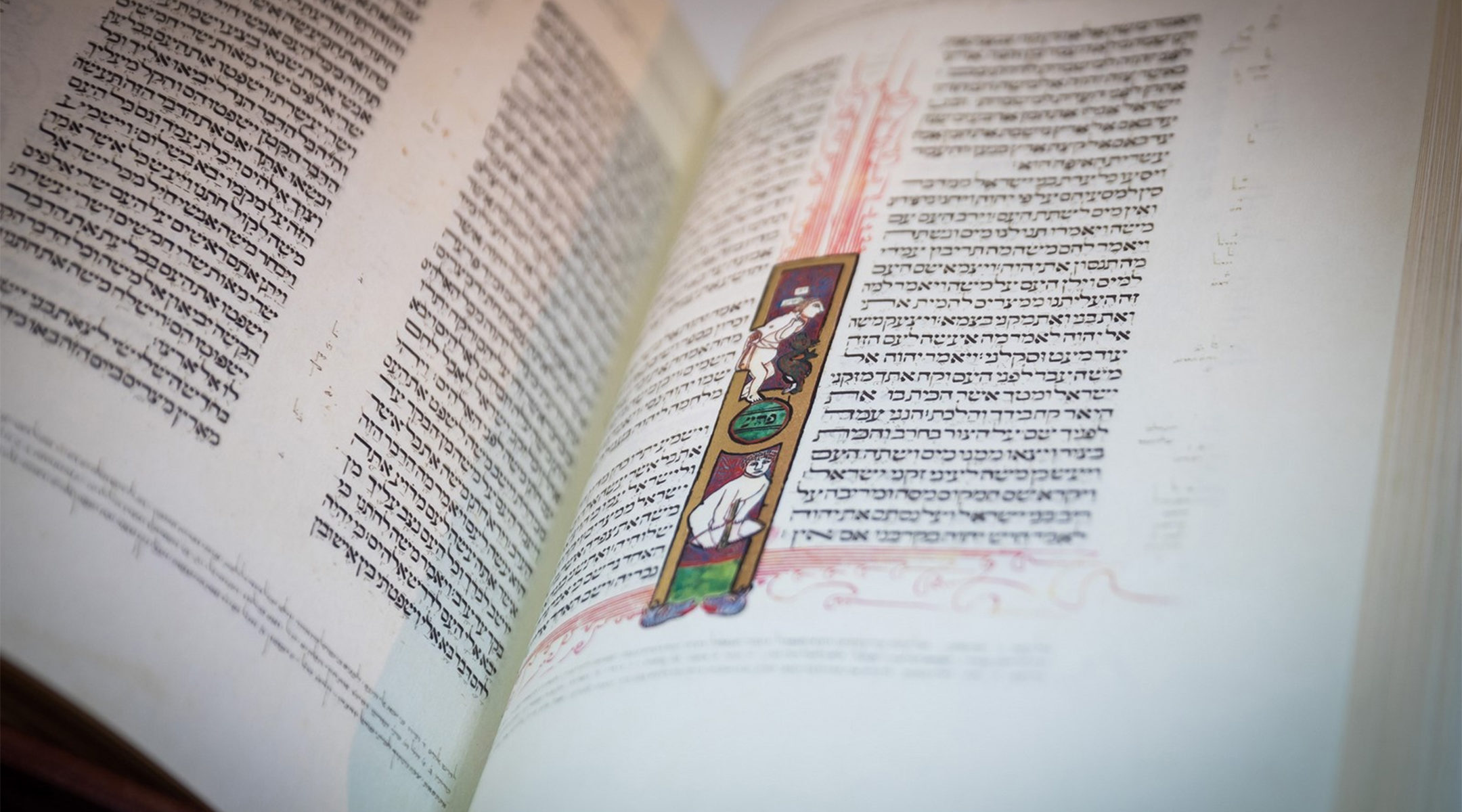 A page out of the Kennicott Bible, pictured at a press conference in Santiago de Compostela, Spain on Oct. 14, 2019. (Xunta de Galicia)
Advertisement

(JTA) — One of the world’s oldest, most ornate and most expensive copies of the Hebrew Bible has returned from Britain to northern Spain, where it was created centuries ago.

The Kennicott Bible, which has over 900 pages and was created in 1476, will go on display in the city of Santiago de Compostela, a Christian pilgrimage site in northern Spain, on April 12 next year, the local government of the Spanish region of Galicia announced in a statement last week.

It turned up in Oxford, England in 1771. How it got there remains unknown, though it had been taken to Portugal and then North Africa before disappearing for about 300 years.

Many Jews fleeing the Spanish Inquisition, a Church and state-led campaign of persecution that began in 1492, smuggled out with them books and artifacts that would have been censored or destroyed on the Iberian Peninsula.

The Kennicott Bible, as it became known in the United Kingdom, was written by Moisés Ibn Zabara and illustrated by Joseph Ibn Hayyim for Isaac di Braga, an influential Jewish businessman from Galicia, the northern Spanish region whose capital is Santiago de Compostela.

Oxford University, which owns the copy, agreed to lend it to the Museo Centro Gaiás in Santiago for an exhibition titled “Galicia, a story of the world.”

The book is worth millions of dollars.

The oldest known compete copy of the Hebrew Bible is the Leningrad Codex, dated to the first decade of the 11th century.