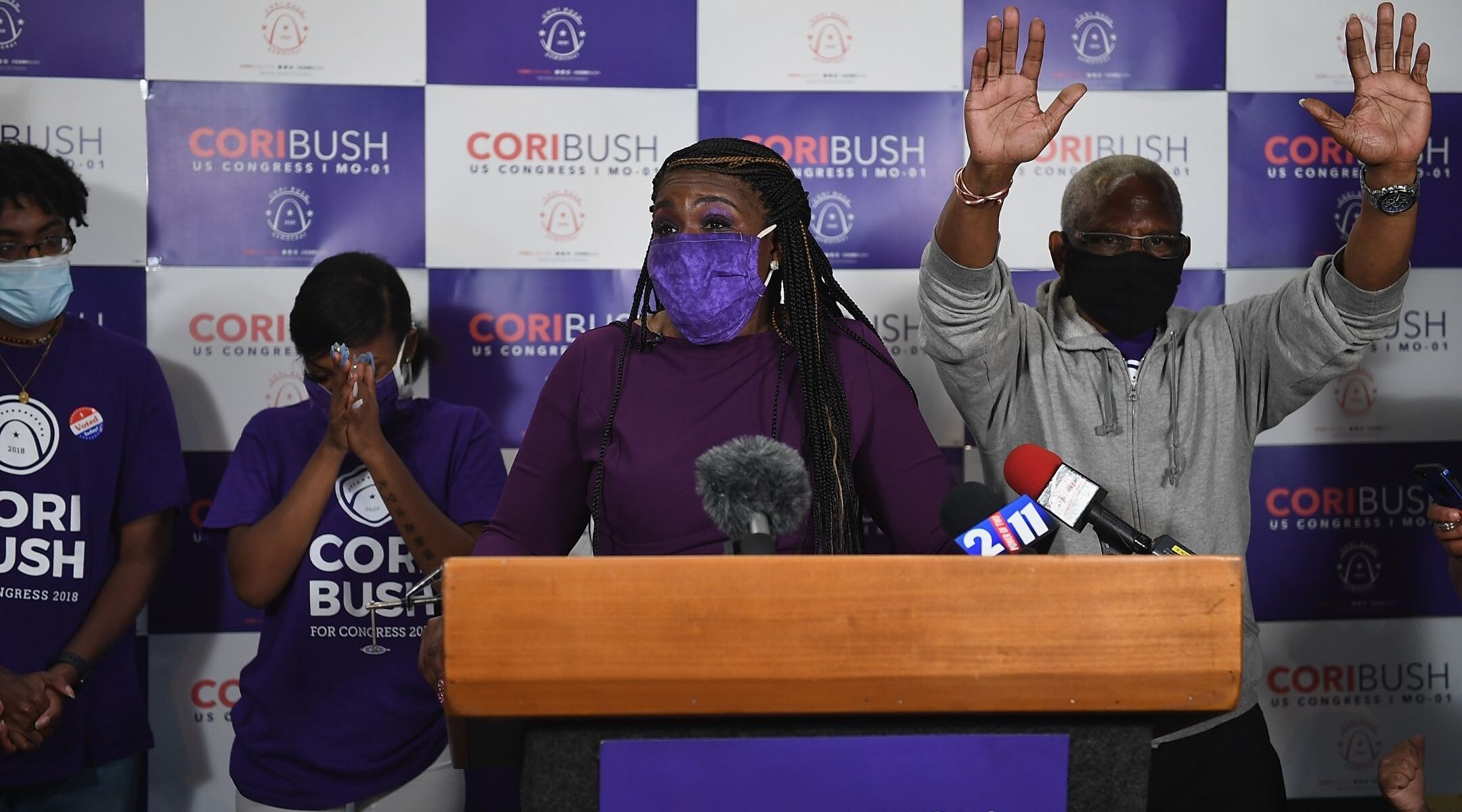 (JTA) — Cori Bush, a Democrat who expressed support for the movement to boycott Israel, is set to become the St. Louis area’s next congresswoman.

Reps. Ilhan Omar and Rashida Tlaib, who also support the movement to boycott, divest from and sanction Israel — known as BDS — are also expected to win.

A now-deleted page on Bush’s campaign website had said she supported BDS. If she still holds those views, it will bring the number of BDS supporters in the Democratic caucus to three.

BDS was not a notable issue in the Bush-Clay race, which hinged on the divide between progressive and establishment politics. Bush is a racial justice activist who was backed by progressives including Sen. Bernie Sanders of Vermont. Clay, a more centrist Democrat who had succeeded his father in the seat, had attempted to use Bush’s BDS support against her late in the campaign, highlighting it in a mailer.

Omar was declared the victor in her Minnesota congressional district, showing her staying power despite accusations of anti-Semitism. Last year, Omar drew condemnation from both sides of the aisle for suggesting that Jews pay politicians to be pro-Israel. She apologized for the comment but has continued to be a target of criticism from Democrats.

In August, Omar fended off a well-funded primary challenger, Antone Melton-Meaux, who made attacking her Israel comments a key part of his campaign.

She and Tlaib, who is the first Palestinian-American woman in Congress, are both members of the “Squad,” a group of four progressive freshman congresswomen.