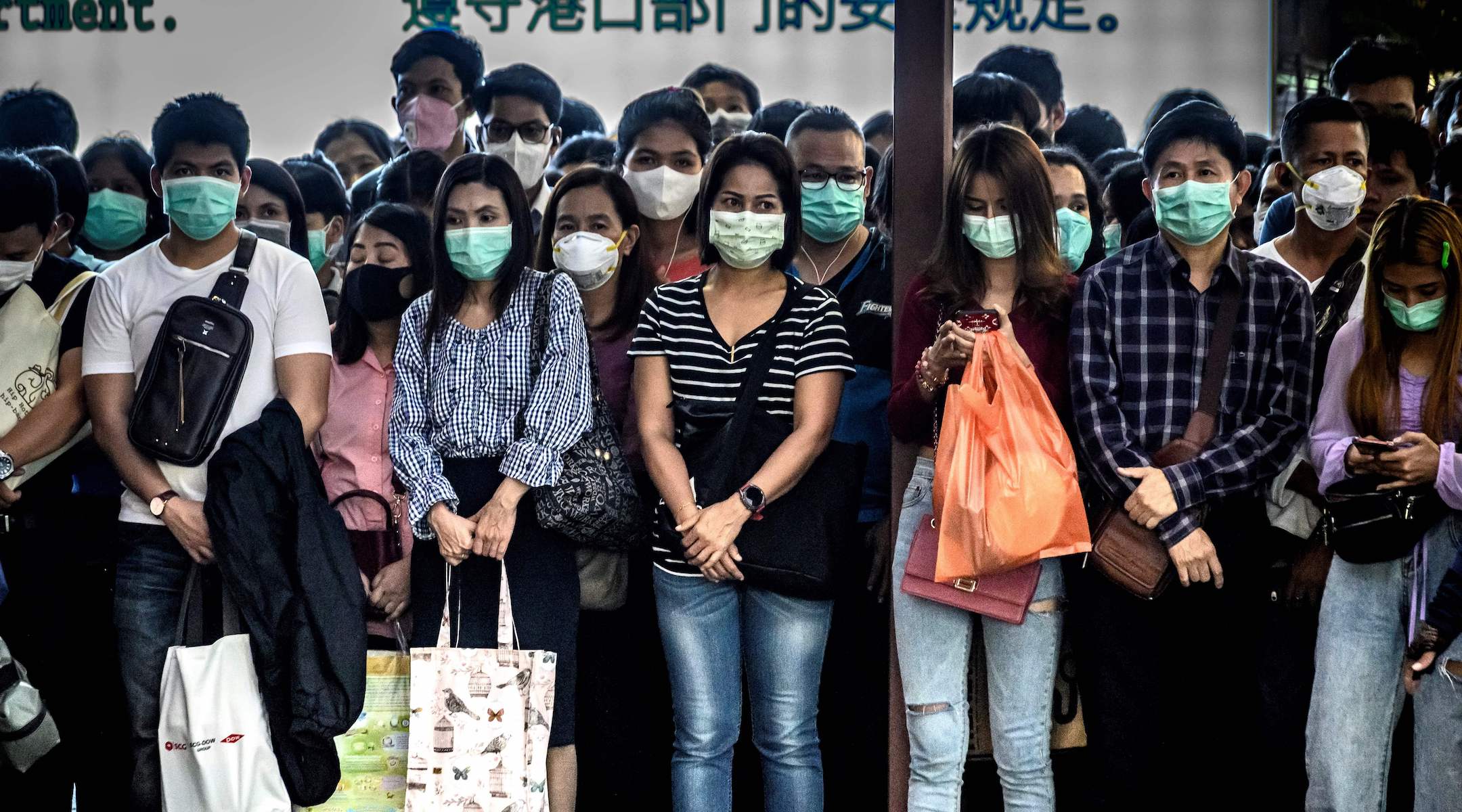 Commuters with protective face masks in Bangkok, Thailand, to protect from the coronavirus, Jan. 30, 2020. (Mladen Antonov/AFP via Getty Images)
Advertisement

(JTA) — The spread of and fear generated by the coronavirus has led extremists to promote conspiracy theories and share their anti-Semitic views, the Anti-Defamation League said.

It also has fomented racism against the Chinese and calls for a halt to immigration to the United States, the post to the ADL’s website said.

“Finally! Science has discovered a cure for the most insidious disease of our time … Jewishness,” wrote one extremist on the encrypted instant messaging service Telegram, according to the ADL. The same person also referred to a news report that three Israelis were quarantined as possible coronavirus carriers with the message “3 down, 5,999,997 to go!”

Posts linking the coronavirus to racist and anti-Semitic slurs and memes also are found on 4chan and Gab. One 4chan user wrote, “Send the sick to Israel – if you already die at least take out as many Jews as you can.”

In addition, extremists are using the coronavirus spread to advance their anti-Semitic theories that Jews are responsible for creating the virus and are spreading it to increase their control or profiting from it.

Meanwhile, users on mainstream platforms like Twitter, Facebook, Instagram and Reddit are circulating conspiracy theories. One says that coverage of the coronavirus is a hoax and distraction designed to frighten the public. Another says its impact is far worse than authorities want people to think.