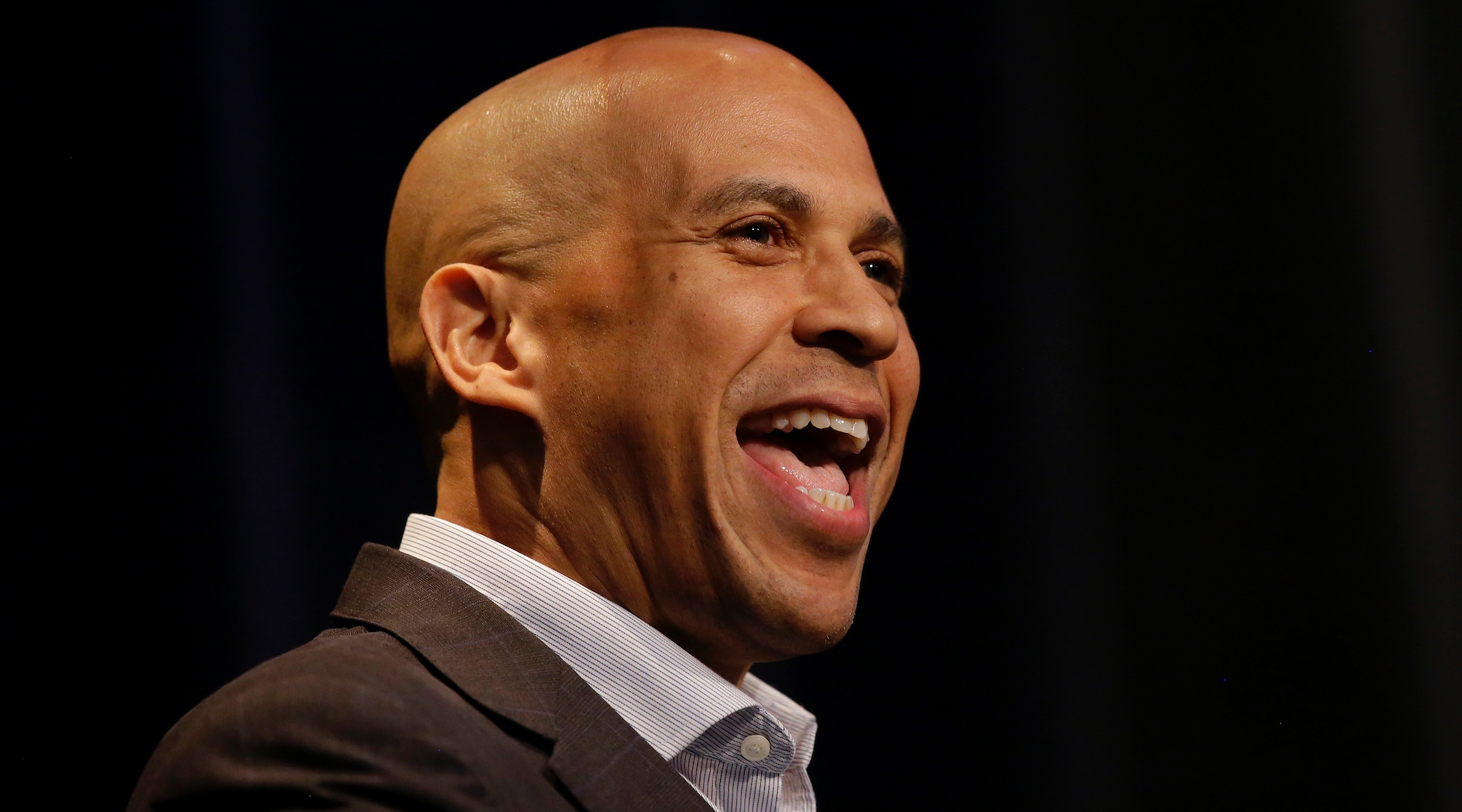 (JTA) — It’s well known that Sen. Cory Booker has studied the Torah, dating back to the days when he was a student at Oxford. The presidential candidate got a chance to show off his Hebrew vocabulary on the campaign trail on Wednesday when asked to respond to President Trump’s claim that Democrats are disloyal to Jews and Israel.

“I know Jewish values … tzedakah, chesed … there’s an idea in Judaism about kindness and decency and mercy,” he said in a video posted to Twitter by the politics site Iowa Starting Line. “These ideals are not being evidenced by the president of the United States.”

.@CoryBooker responds to a question about Trump’s “disloyal” comments on Jewish Americans pic.twitter.com/mj7nRHKJvZ

The New Jersey lawmaker added that Democrats “are no less disloyal to this country” than Republicans are.

Booker is currently in a distant sixth place in most polls amount the large field of Democratic contenders, with about two percent of the vote on average. But the African-American lawmaker’s former association with the L’Chaim Society at Oxford and its former director, Rabbi Smuley Boteach, left him with a Hebrew vocabulary at the top of his class.

“The word tzedakah — I know you’re not a Torah scholar — it not only is used to talk about charity and decency and mercy, it’s actually the word for justice as well. We need to get back to that, to being good to each other,” he said to his interviewer.

As Ron Kampeas pointed out earlier in the campaign, Booker keeps a Hebrew Bible on his desk, stayed close with Boteach until Booker supported the Iran nuclear deal and has used Hebrew and Jewish concepts in speeches throughout his political career.

Chesed is usually translated as “loving kindness,” and describes acts such as visiting the sick and helping the poor.