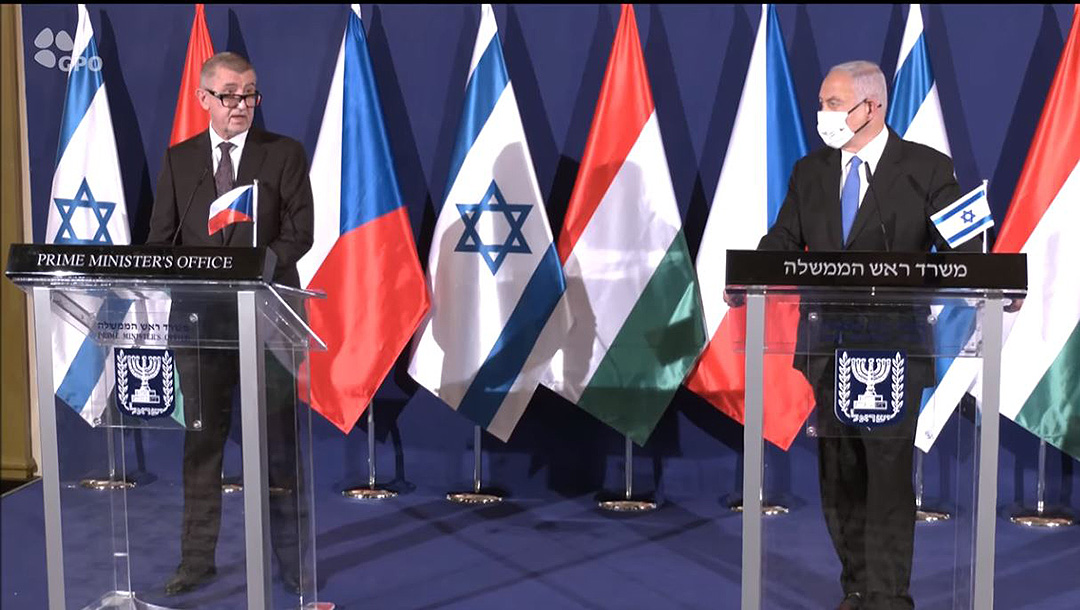 (JTA) — The Czech Republic opened a branch of its embassy in Jerusalem, becoming the second EU member state to make such a move after Hungary.

Netanyahu thanked both visitors for opening missions in Jerusalem and for how “they assist us on the international stage as true friends do.” The two leaders came to “see how we can cooperate on COVID,” he added.

Israel, where most resident have received at least one vaccine injection, has “become the example on how to fight COVID,” Babis said, adding, “It feels reassuring to know the Czech Republic has a friend it can rely on.” Orban called Israel “a world champion in fighting COVID.”

The Czech Foreign Ministry has told journalists that the new mission is not a recognition of Jerusalem as Israel’s capital city, which the United States in 2017 recognized but the European Union and many other countries and international bodies have not pending Israeli peace talks with the Palestinians.

But observers such as Petr Kratochvil, a political science expert from the Institute of International Relations Prague, have argued that the  mission’s opening cannot be seen separately from the debate about the status of Jerusalem.

“Rudolf Jindrak from the [Czech] presidential office described this as a highly significant symbolic step and the president’s spokesman, Jiri Ovcacek, even connected it directly with the effort to move the embassy there,” Kratochvil told Radio Prague International.

The new office will focus on cultural issues and be staffed by a diplomat and a consular department employee.