Jewish and Arab astronauts head to space together 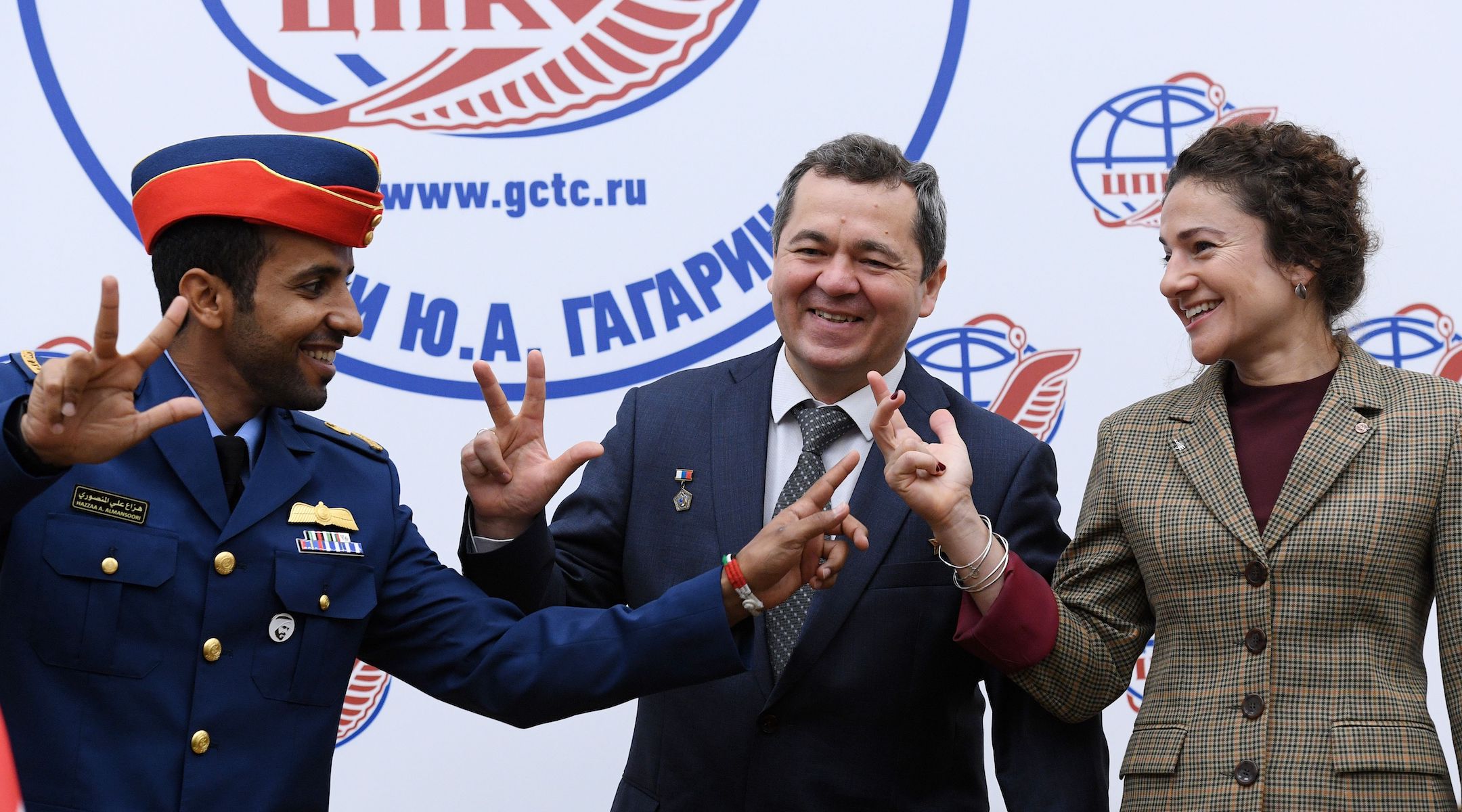 (JTA) — The first Arab to visit the International Space Station launched there on Wednesday with the daughter of an Israeli father.

Hazzaa al-Mansoori, 35, of the United Arab Emirates and Jessica Meir, an American, took off on the historic trip from Baikonur, Kazakhstan, on a Soyuz rocket. They will remain on the orbiting station until Oct. 3.

Aal-Mansoori will not be the first Muslim on the space station, according to the French news agency AFP.

“The dream has come true,” he was quoted as saying at a news conference Wednesday. “As a fighter pilot I already prayed in my aircraft.”

AFP quoted Meir as praising al-Mansoori’s achievement and quipping that while astronauts usually communicate in a melange of Russian and English, “we still need to work on our Arabic.”