Dave Grohl, the Foo Fighters singer, is pumping out covers of songs by Jewish artists for Hanukkah 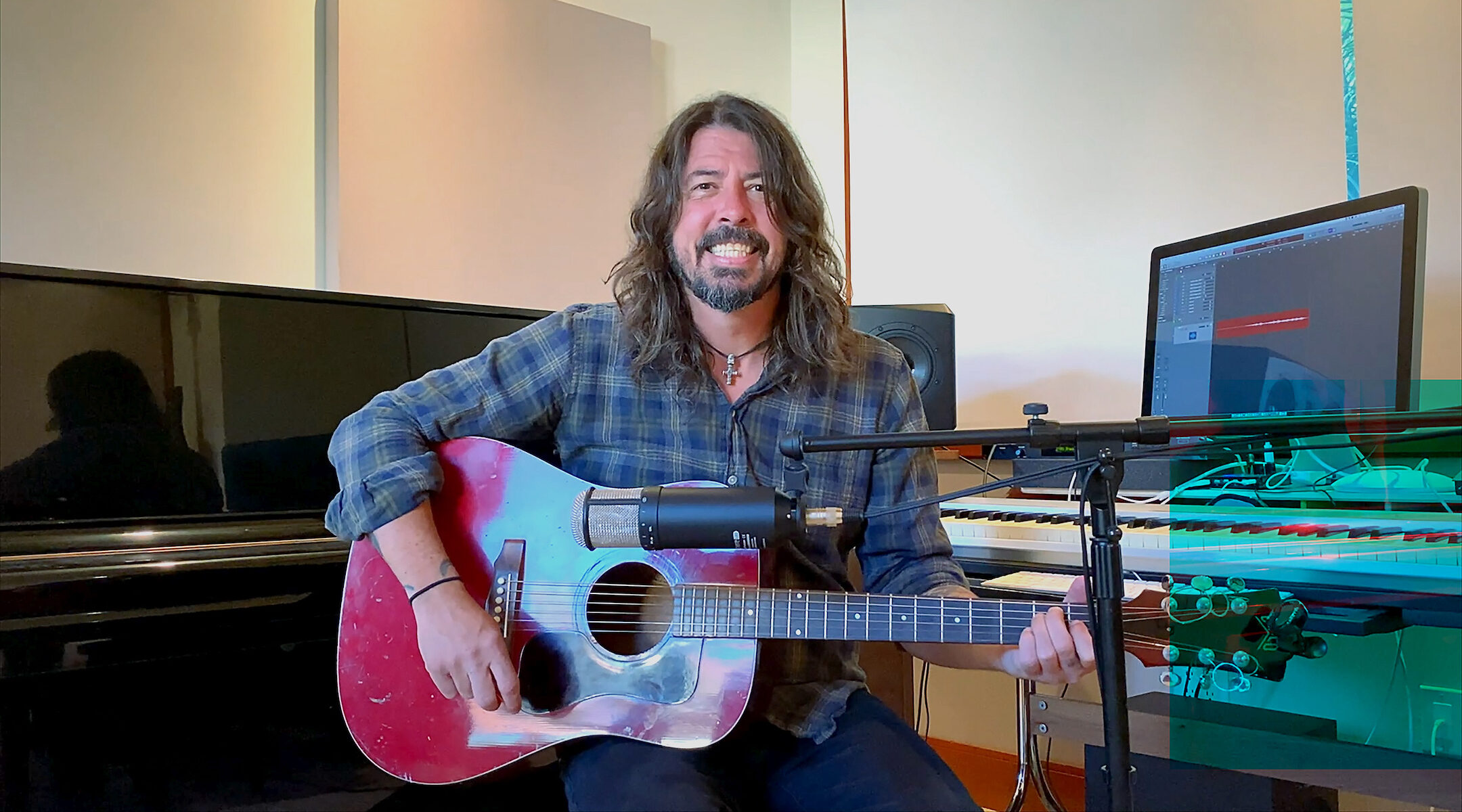 (JTA) — Dave Grohl, who is best known as the leader of the 12-time Grammy winning band Foo Fighters, isn’t Jewish. But he’s having a lot of musical fun this Hanukkah.

Grohl teamed up with the Grammy-winning Jewish producer Greg Kurstin, who has worked with the Foo Fighters, to record eight covers of songs by famous Jewish artists, one for each night of the holiday.

“Festival of Lights?! How about a festival of tasty LICKS! So hold on to your tuchuses… we’ve got something special coming for your shayna punims,” reads the caption accompanying the first video promoting the series, dubbed the Hanukkah Sessions.

The pair, with Grohl on vocals and drums (he was also the drummer in Nirvana) and Kurstin on keyboards, have so far covered the rap rock group Beastie Boys; the superstar rapper Drake; the 70s rockers Mountain, led by Leslie West (neé Weinstein); and Peaches, stage name of the provocateur Merrill Nisker.

Stay tuned to the Foo Fighters’ social media pages to see what comes next in the series, but in the meantime, enjoy the videos of the already released covers below.

As the only Rock and Roll Hall Of Famers with a lyric about kugel, we thought it would be a shanda to not kick off this party with New York’s (and Abraham’s) finest…known by some as Shadrach, Meshach, and Abedenego known by their Imas & Abbas as @beastieboys!#HanukkahSessions pic.twitter.com/QbDSWNhXaO

You might be surprised to learn that this superstar is… Canadian. He’s never hidden the fact that he was M.O.T. so a generation of Jewish parents could tell their kids “if @Drake took the time to study for HIS Bar Mitzvah, you can too.” Twitterverse, challah at your boy! pic.twitter.com/eyMyuNs5WP

Talk about making a mountain out of a mohel … named Leslie Weinstein at his bris, the singer of our next band built a wailing wall of guitar as Leslie West. Check out our take on a track from Leslie’s monolithic band, MOUNTAIN.#HappyHanukkah #HanukkahSessions pic.twitter.com/NlimF6QBgz

Drake’s not the only musical Jew from Canada…tonight we feature a Canadian rock G-Dess…who coincidentally grew up around the corner from a Canadian Jewish rock G-D (G-ddy Lee). Straight out the mikvah, here’s @peaches! #hanukkahsessions #happyhanukkah pic.twitter.com/wV0vTGwOlR

So now everybody must get stoned (not in the Law of Moses sense) as we put some blood on this track: Rainy Day Women 12&35 by the immortal @bobdylan!#hanukkahsessions #happyhanukkah pic.twitter.com/k6VtrThTCv

Tonight we’re featuring 4 nice Jewish boys whose biggest hit was a song about a nice Jewish girl… “My Shalom-a” or something like that… We’re huge fans of New Wave (as well as the “old wave” that came after Moses parted the Red Sea) so we are psyched to present…The Knack! pic.twitter.com/CMt2zvjfvF