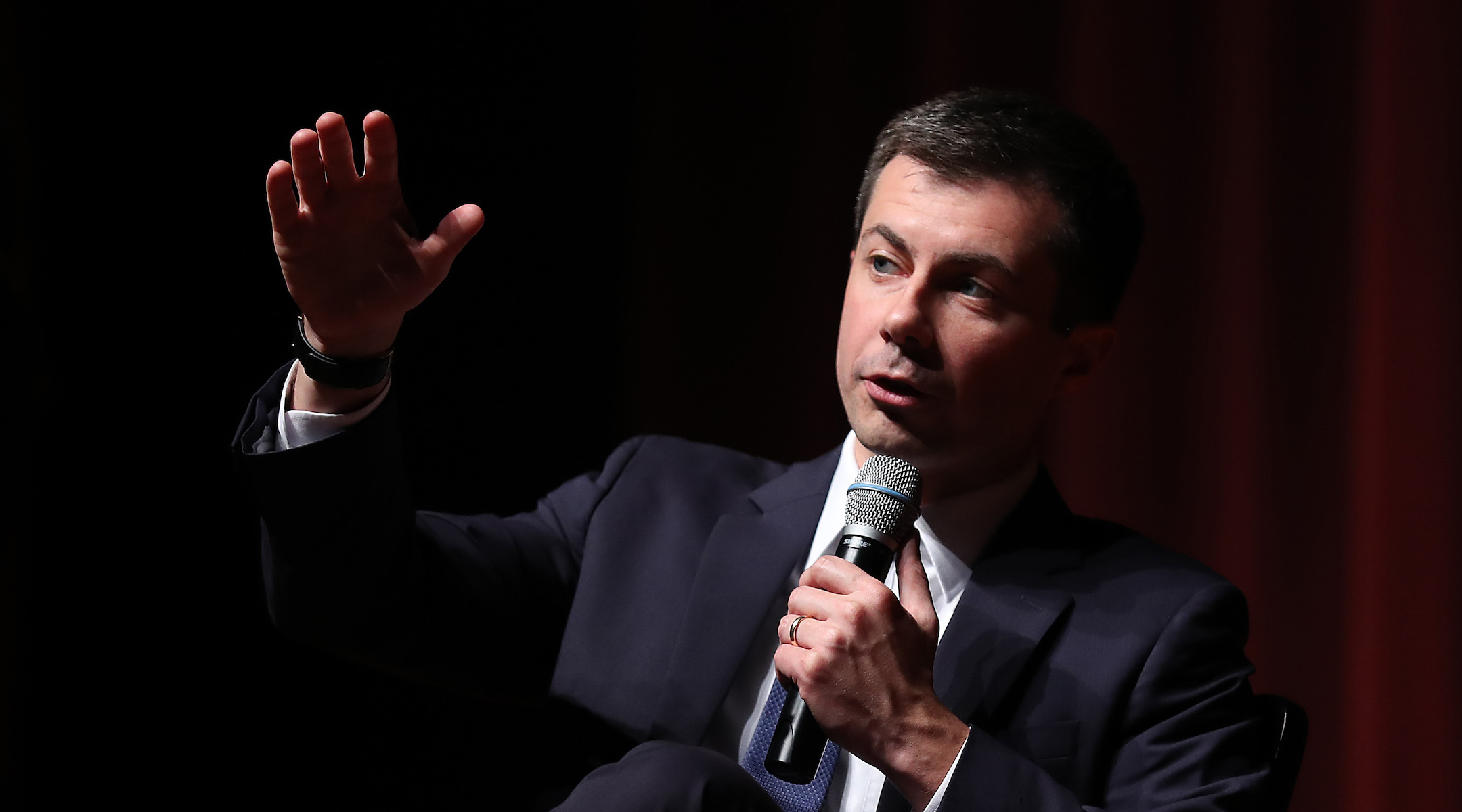 (JTA) — Several leading Democratic presidential candidates condemned the Trump administration’s announcement that it will no longer regard West Bank Jewish settlements as illegal.

Joe Biden, Sen. Elizabeth Warren and Sen. Bernie Sanders were among those who criticized the move.

Biden’s campaign spokesman, Andrew Bates, told Jewish Insider that the decision “harms the cause of diplomacy, takes us further away from the hope of a two-state solution, and will only further inflame tensions in the region.” Approving of settlement expansion, he said, is “an obstacle to peace.”

“Another blatantly ideological attempt by the Trump administration to distract from its failures in the region,” the Massachusetts lawmaker said in a statement posted on social media. “Not only do these settlements violate international law — they make peace harder to achieve. As president, I will reverse this policy and pursue a two-state solution.”

Sanders asserted that “Israeli settlements in occupied territory are illegal.”

“This is clear from international law and multiple United Nations resolutions,” the Vermont senator said in a tweet. “Once again, Mr. Trump is isolating the United States and undermining diplomacy by pandering to his extremist base.”

“The Trump administration’s statement on West Bank settlements is not only a significant step backward in our efforts to achieve a two-state solution to the Israeli-Palestinian conflict, it is the latest in a pattern of destructive decisions that harm our national interests,” he said in a tweet.

“The Trump administration’s announcement on Israeli settlements goes against long-standing U.S. policy,” the Minnesotan said. “Once again Donald Trump is playing politics and taking us further away from a path to a two-state solution.”

“These settlements are a clear violation of international law and push us further away from a two-state solution,” he said in a tweeted statement. “This is a grave error that severely damages the prospects for peace, further isolates America, and undermines our moral leadership.”