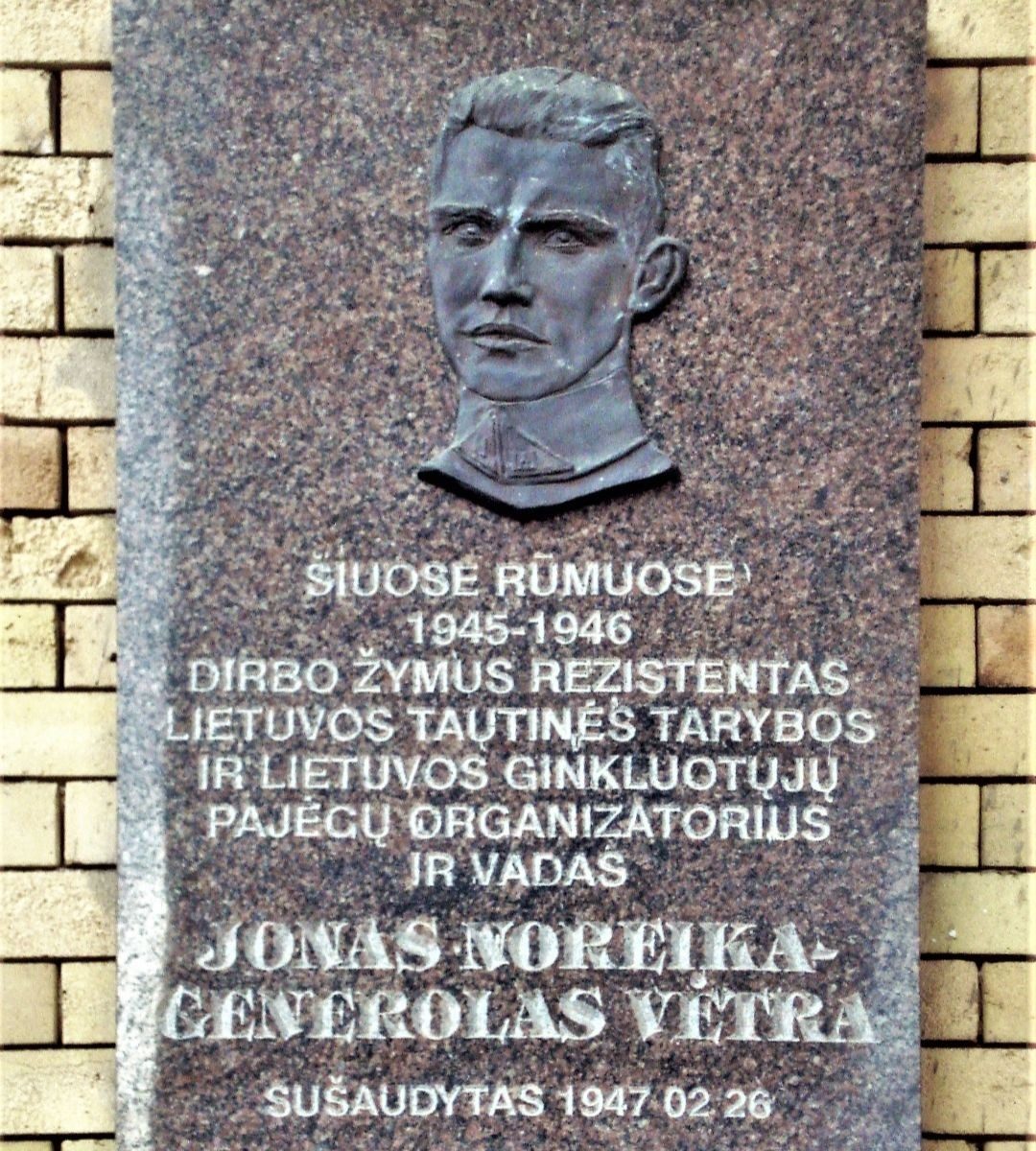 This memorial plaque to Nazi collaborator Jonas Noreika was removed from the Library of Academy of science in Vilnius in July 2019, but demonstrators reinstalled a new one in September. (Alma Pater/Wikimedia Commons)
Advertisement

(JTA) – Demonstrators in Lithuania’s capital city installed without a permit a plaque honoring a Nazi collaborator after the municipality had an earlier plaque dedicated to him removed.

Nationalists on Thursday hastily mounted a plaque they had made for Jonas Noreika in Vilnius on an external wall of the Wroblewski Library of the Lithuanian Academy of Sciences during a demonstration against the removal of an earlier monument honoring him in July.

Noreika was a high-ranking police officer who is believed to have personally overseen the murder of Jews when the Nazis controlled Lithuania. He was sentenced to death by a Soviet court and killed in 1946. Many Lithuanians today regard him as a hero for his fight against Soviet domination.

The Jewish Community of Lithuania condemned the decision to mount another plaque for Noreika to replace the one it and the Simon Wiesenthal Center had lobbied for years to have removed. that plaque was smashed in April and repaired, and then removed in July by order of Vilnius Mayor Remigijus Šimašius.

“We urge the Lithuanian authorities to remove the new plaque and prosecute those responsible for breaking the law” in installing in, Efraim Zuroff, the Center’s Eastern Europe director wrote.

The library whose wall again features a plaque for Noreika told the BNS news agency it does not intend to have the plaque removed.