Diego Schwartzman advances to the US Open quarterfinals 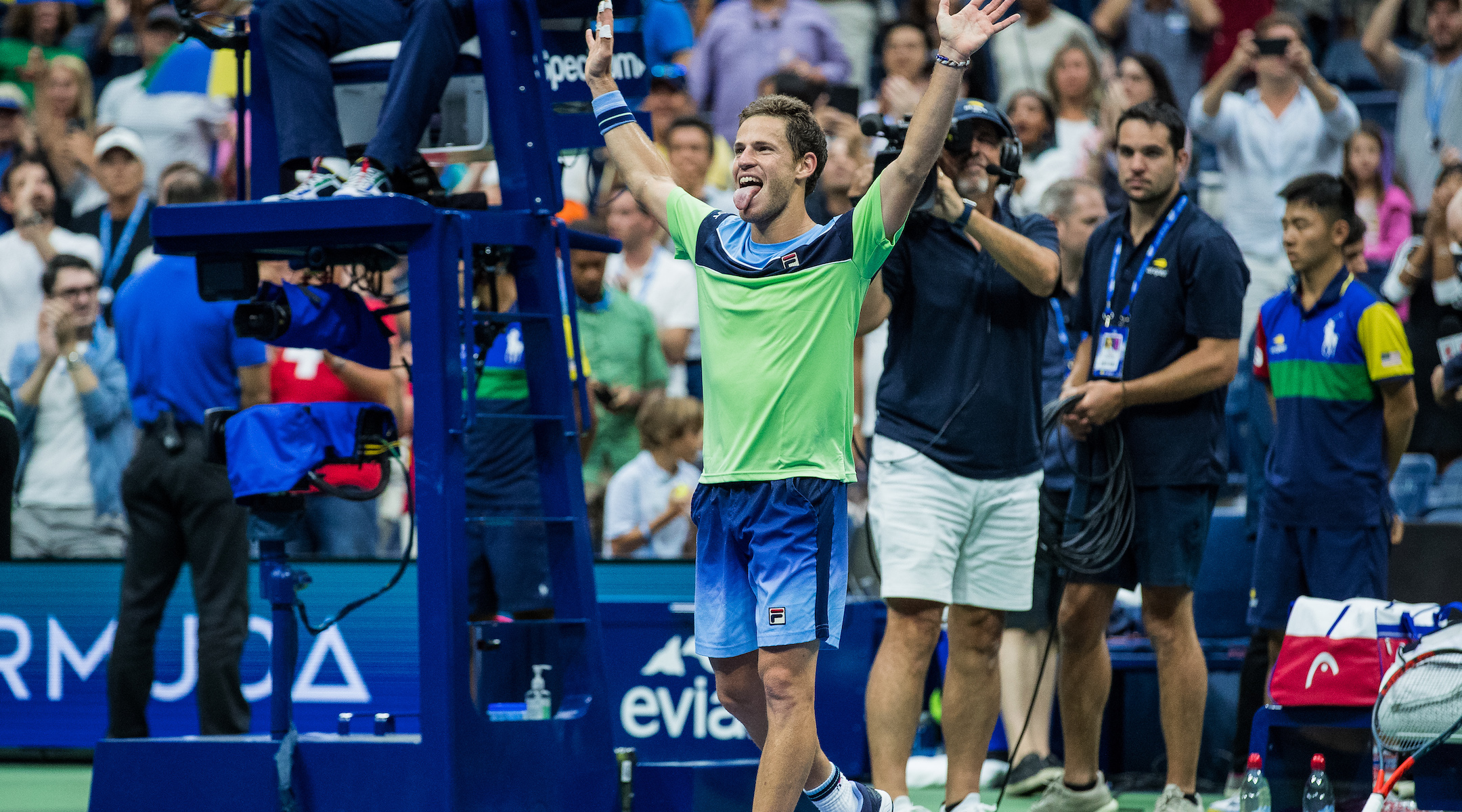 (JTA) — Diego Schwartzman, the top-ranked Jewish tennis player in the world, has advanced to the quarterfinals of the U.S. Open for the second time in three years.

The Argentine, seeded 20th in the Grand Slam event, must overcome a major hurdle to reach the semifinals.

Schwartzman upset the sixth seed, Alexander Zverev of Germany, 3-6, 6-2, 6-4, 6-3, in the Round of 16 on Monday at Arthur Ashe Stadium in Queens, New York, and will face second-seeded Rafael Nadal of Spain in the quarterfinals on Wednesday, likely in the evening. Schwartzman has not beaten Nadal in seven career meetings.

In 2017, Schwartzman lost in the U.S. Open to Pablo Carreño Busta, also of Spain. According to the ATP Tour, that year the 5-foot-7 Buenos Aires native became the shortest men’s player to reach the quarterfinals of a Grand Slam event in 23 years.

Against Zverev, the player nicknamed “El Peque,” or Shorty, defeated an opponent nearly a foot taller. (Yes, David beat Goliath.) Nadal is only half a foot taller.

Many took to Twitter to congratulate Schwartzman, including the Argentine singer Axel, who wrote the win over Zverev was a “huge triumph for the little giant!”

In the post-match press conference, a reporter asked Schwartzman what his best chance at beating Nadal would be. “Hit very hard to the lines,” he said with a laugh.