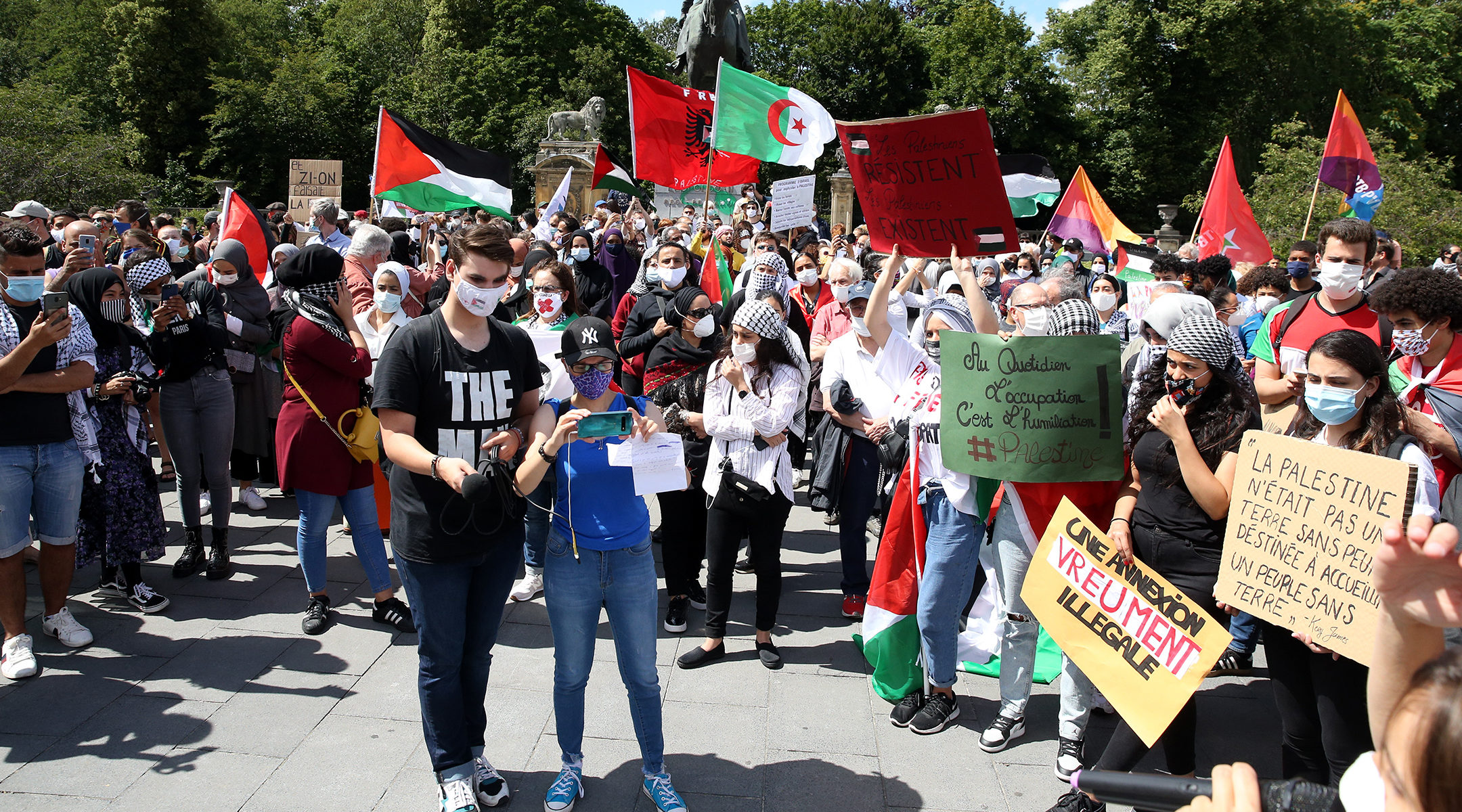 Protesters demonstrate against Israel's plan to apply its civilian laws in the West Bank during a rally in Brussels, Belgium, June 28, 2020. (Dursun Aydemir/Anadolu Agency via Getty Images)
Advertisement

(JTA) — Dozens of protesters at a pro-Palestinian demonstration in Brussels chanted the name of a locale where Muslims massacred Jews in the seventh century.

The Arabic chants about Khaybar, located in modern-day Saudi Arabia, were filmed at a rally Sunday in the Belgian capital against Israel’s plan to apply its civilian laws on parts of the West Bank.

“Jews, remember Khaybar, the army of Muhammad is returning,” at least 100 men chanted, according to the Belgian League Against Anti-Semitism, or LBCA.

“They’re referencing a historic event in which Jews were exterminated and reduced to slaves,” he said.

LBCA has filed a complaint with police for incitement to violence against those filmed shouting the slogan.

The rally’s organizers, a nonprofit called the Belgo-Palestinian Association, condemned the chanting in a statement.