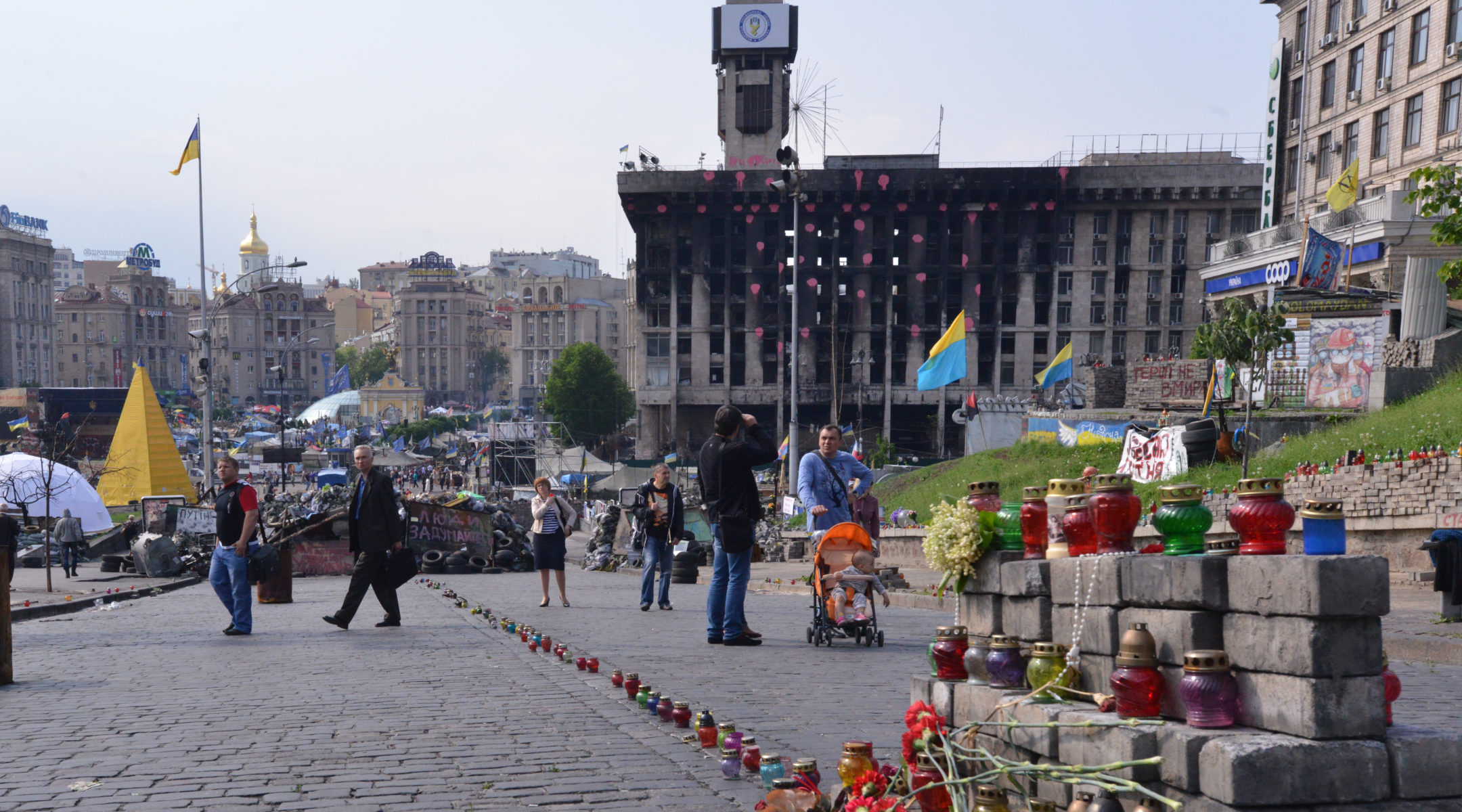 Residents of Kyiv, Ukraine at Maidan square on May 15, 2014. (Cnaan Liphshiz)
Advertisement

(JTA) — Nearly one-fifth of Ukraine parliament members co-signed a draft resolution urging their new president to recognize Jerusalem as Israel’s capital and move the embassy there.

Of the 450 members of the Verkhovna Rada, 86 signed on as co-authors of a bill submitted for a vote on Friday, the news site Ukraina reported.

Parliament calls on “the President of Ukraine, the Cabinet of Ministers of Ukraine to transfer the Embassy of Ukraine in the State of Israel to its capital, the city of Jerusalem,” reads the explanatory note to the bill. The embassy is currently in Tel Aviv.

A vote has not yet been scheduled for the measure, which will not be binding on the government if it passes.

The Verkhovna Rada has seen several failed initiatives to have Ukraine follow the U.S. recognition in 2017 of Jerusalem as Israel’s capital, but the issue has never received the support of so many lawmakers.

Last month, Vlodymyr Zelensky, a Jewish actor, was elected president of Ukraine. During his inauguration speech, he said Ukrainians need to “defend their country like Israelis,” in addition to “learning to live in coexistence like the Swiss.”