Einstein 1939 letter calling for Jewish solidarity sells for over $134,000 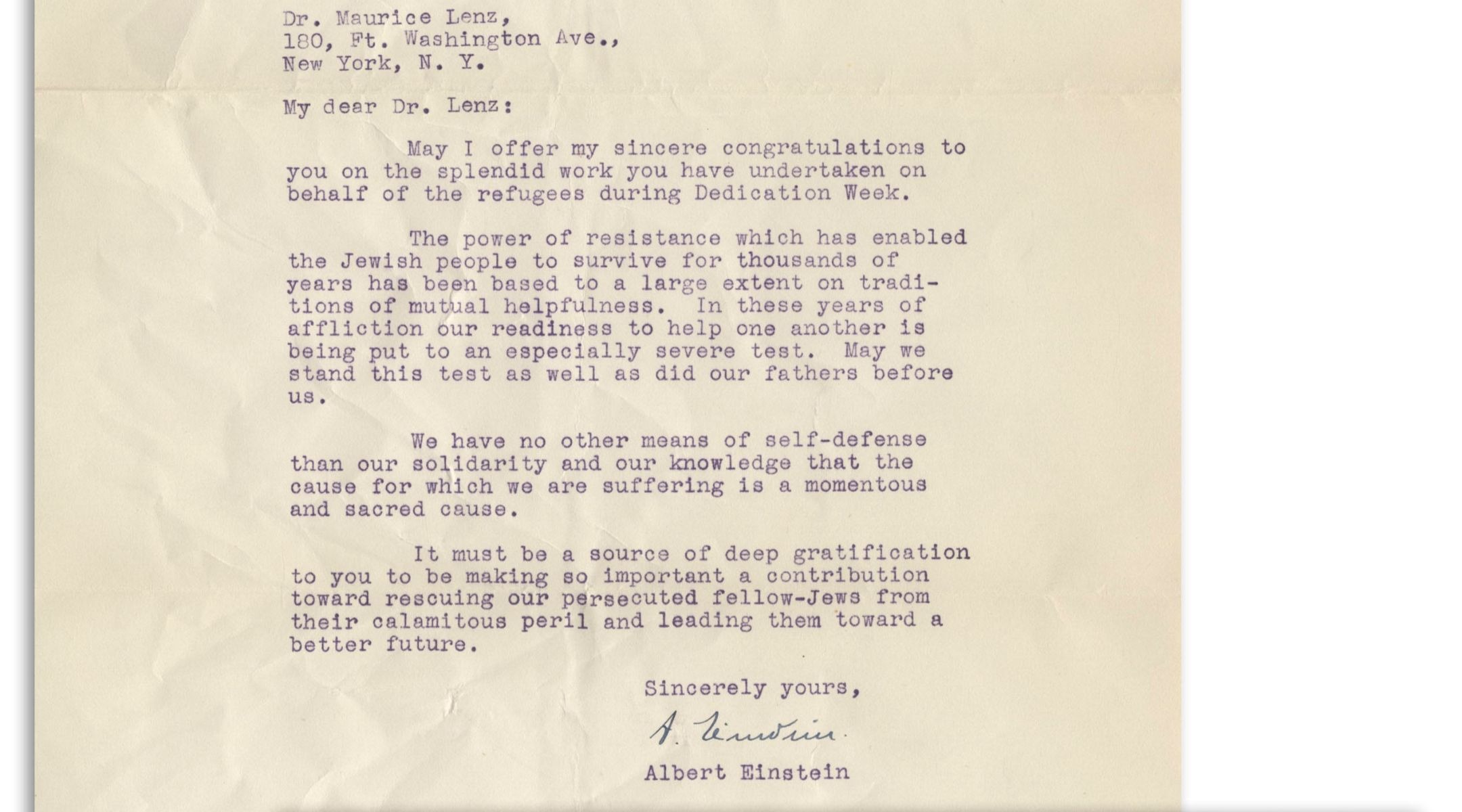 A 1939 letter written by Albert Einstein was sold at auction for $134,343. (Courtesy of Nate D. Sanders Auctions)
Advertisement

LOS ANGELES (JTA) – “We have no other means of self-defense than our solidarity and our knowledge that the cause for which we are suffering is a momentous and sacred cause,” Albert Einstein wrote in 1939.

Einstein wrote the 1939 letter shortly before Hitler’s invasion of Poland triggered World War II and the Holocaust – a rallying cry that echoed loudly enough in 2019 to fetch $134,343 at an auction for the original letter, which concluded on March 29.

Bidding for the letter, conducted by Los Angeles-based Nate D. Sanders Auctions, opened at $12,000 but escalated steadily amidst intense competition among 23 bidders.

The final price exceeded by far the previous high sale of $53,504 among 20 Einstein letters offered by Sanders since 2017, according to company spokesman Samuel Heller.

Even the original iconic photo of Einstein sticking out his tongue at pursuing photographers came in second at $125,000.

In line with company policy, Sanders did not reveal the names of the seller or buyer of the letter.

Einstein mailed the letter in Princeton, New Jersey on June 10, 1939, as Jews were fleeing Nazi Germany and Hitler was preparing to launch World War II.

The letter was addressed to Dr. Maurice Lenz of New York, an activist in efforts to enable Jewish refugees to enter the United States, and opened with: “The power of resistance which has enabled the Jewish people to survive for thousands of years has been based to a large extent on traditions of mutual helpfulness.”

Einstein concluded his letter to Lenz by writing: “It must be a source of deep satisfaction to you to be making so important a contribution toward rescuing our persecuted fellow-Jews from their calamitous peril and leading them toward a better future.”