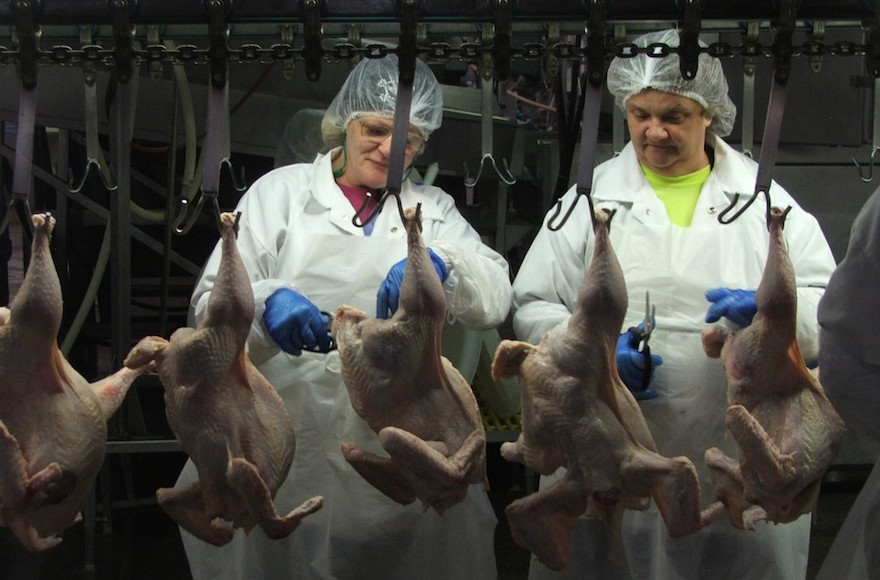 The assembly line at Empire Kosher's poultry plant in central Pennsylvania is the largest of its kind in America. (Uriel Heilman)
Advertisement

But chickens are expected to be available for next week’s Passover seders, Rabbi Menachem Genack, CEO of the Orthodox Union’s Kosher Division, which supervises the Empire facility, told Crain’s New York on Thursday.

The Mifflintown plant, which has 550 employees, is scheduled to reopen on April 13, according to the report.

A spokeswoman for the Pennsylvania Department of Agriculture told Crain’s that the state did not order the closing.

The Lewistown Sentinel, citing an internal memo from Empire Kosher CEO Jeff Brown, reported that there would be “several complete sanitization procedures” performed on the facility.

The memo said that Empire has “implemented the recommended preventive measures as outlined by the World Health Organization, the CDC, the USDA, and local public health officials.”

It is not known in what area the employees who tested positive for the coronavirus worked.