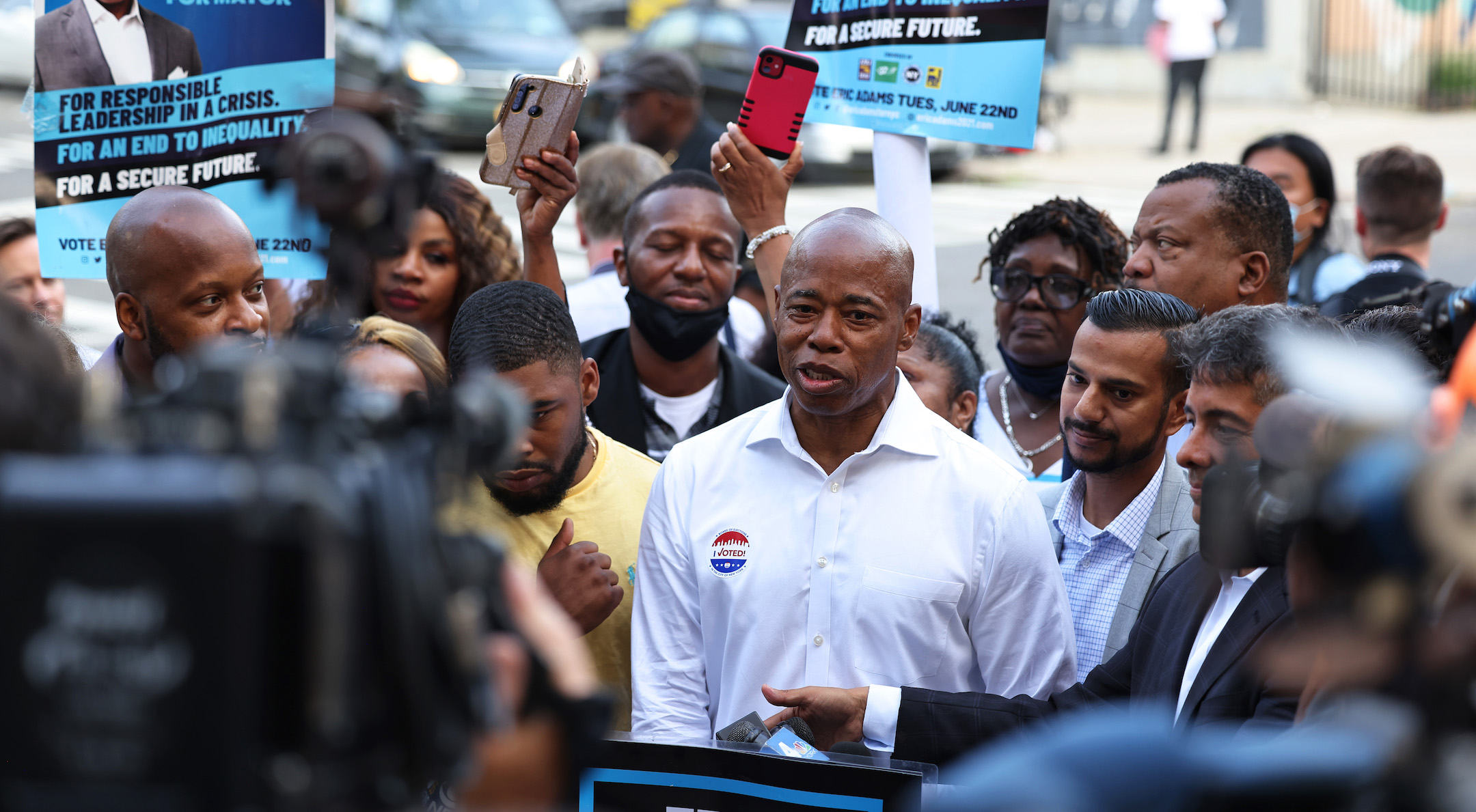 (The Jewish Week via JTA) — Eric Adams, a former New York City police captain who got some crucial Orthodox Jewish support, is leading the city’s Democratic mayoral primary by a significant margin following voting on Tuesday.

In a city where registered Democrats outnumber Republicans 7 to 1, the primaries usually determine November’s winners. Under ranked-choice voting, the winner must ultimately garner more than 50% of the vote.

Adams, the Brooklyn Borough president, established a strong rapport with his Hasidic constituents. An African-American, he pushed a law-and-order agenda that defied the “Defund the Police” left and appealed to many Jews in light of a spike in antisemitism and gun violence. He recently mused that he might one day retire to the Golan Heights.

In other races, Brooklyn City Council member Brad Lander had a strong lead in the race for city comptroller with 96% of precincts reporting.

Lander has a long affiliation with the progressive group Jews For Racial & Economic Justice and was endorsed by its political arm. He also had the backing of longtime U.S. Rep. Jerry Nadler, as well as a handful of young progressive lawmakers, including Reps. Alexandria Ocasio-Cortez and Jamaal Bowman.

Bragg, a former top deputy in the New York Attorney General’s Office, would become the borough’s first Black D.A. Farhadian Weinstein, a Jewish immigrant from Iran, had a huge war chest thanks to Wall Street interests and her own fortune. Bragg ran “slightly to her political left” with an emphasis on decarceration and declining to prosecute some low-level offenses.

In the race for a City Council seat in Brooklyn, Heshy Tischler, a radio host prosecuted for whipping up Orthodox anti-mask protests last fall, appears to have little chance of proceeding, earning only 4.98% of the vote. Steven Saperstein, who had run for the seat once before as a Republican, is leading the race with 31.15%.

And in District 29 in Queens, attorney Lynn Schulman has the early lead for the City Council seat. David Aronov, with hopes of becoming the first Bukharian Jew to represent the district, had 13.39%.