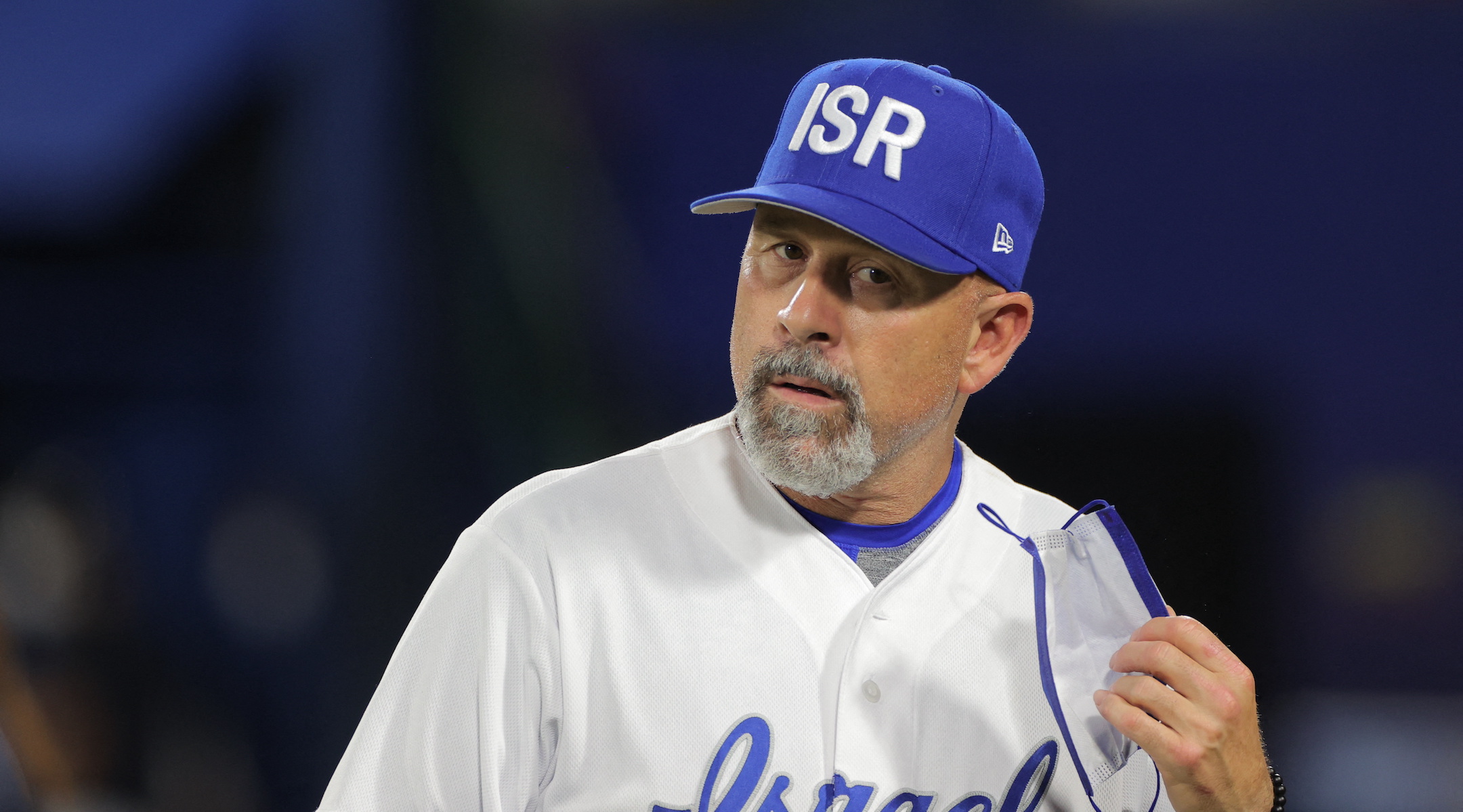 (JTA) — Eric Holtz, the manager for Israel’s national baseball team over the past four years, has stepped down from his post.

Team Israel failed to medal in the recently concluded Tokyo Olympics, finishing fifth with a squad of nearly all Americans, including former major league All-Star Ian Kinsler. Some had predicted that Israel, making its Olympics debut, would finish in the top 3 of the six-team field.

Team Israel was also forced to apologize after a video of its players breaking a bed at the Olympics went viral on TikTok.

Holtz, 55, informed Jordy Alter, the president of the Israel Association of Baseball, and Team Israel’s general manager, Peter Kurz, of his decision earlier this week, Israel Baseball said in a statement.

“Israel Baseball thanks Holtz for his hard work in advancing the game during his tenure with the national team and wishes him much success in his future endeavors,” the statement said.

Guided by Holtz, Israel earned its historic Olympics berth by winning the Africa/Europe Qualifying Event in September 2019, emerging from the second tier of European baseball along the way.

A former player-coach in Israeli professional baseball, he was an assistant on the Team USA that won the gold medal in baseball at the 2013 Maccabiah Games and the head coach of the Under-18 U.S. club that took gold at the ’17 Maccabiah.