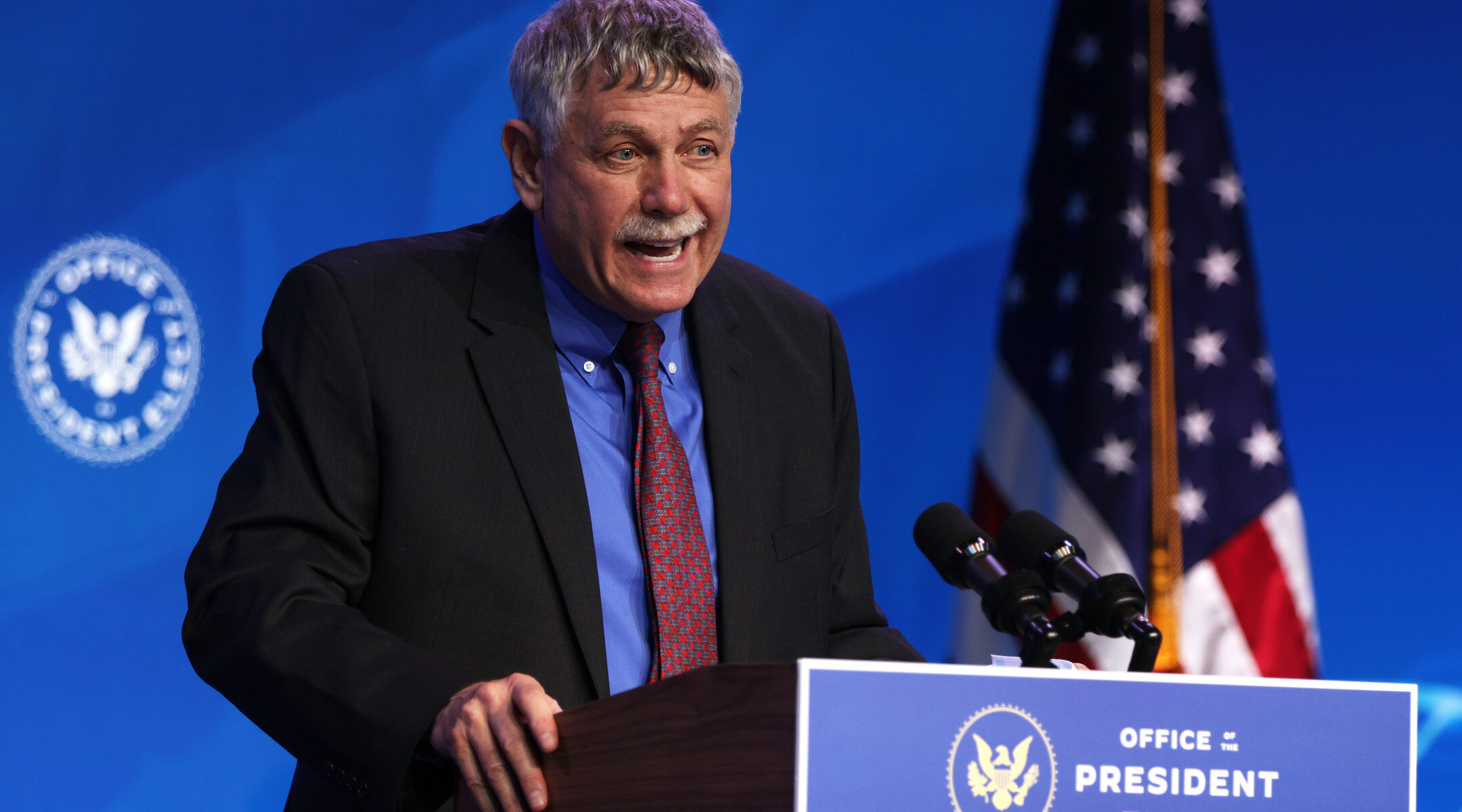 Eric Lander says his Jewishness "means something to me. At the same time, I’m a scientist. And data means an awful lot to me." (Alex Wong/Getty Images)
Advertisement

(JTA) — President-elect Joe Biden has chosen Eric Lander, a geneticist and professor at MIT and Harvard, as presidential science adviser and director of the Office of Science and Technology Policy.

Biden will make the position a Cabinet-level appointment, meaning Lander will have to be confirmed by the Senate — an apparent signal of the importance of science, and life sciences in particular, to the new administration.

Lander, 63, of Cambridge, Massachusetts, is the president and founding director of the Broad Institute, a research institution based at MIT and Harvard that focuses on biomedical research.

In an interview conducted for the Cold Spring Harbor Laboratory oral history collection, Lander discussed the importance of his Jewishness balanced with his commitment to science and data.

“Being an educated person requires — being a full person, requires a certain ability to deal with dissonance,” he said. “You know, I’m Jewish, was raised Jewish. I brought up my kids in the Jewish tradition. We celebrate Jewish traditions. And the religion means something to me. At the same time, I’m a scientist. And data means an awful lot to me.”

Lander and his wife, lawyer and artist Lori Weiner Lander, have three children.

The Brooklyn native took an unusual path into the field of genetic research, starting as a mathematician and a professor of managerial economics before becoming interested in molecular biology. He rose to scientific fame for his leading role in the Human Genome Project, an initiative that mapped the entire human genome sequence from 1990 to 2003. The Broad Institute grew out of the Human Genome Project and also played a major role in developing CRISPR, a gene editing technology.

In 2016, Lander wrote an essay on the history of CRISPR in which critics said Lander failed to give credit to two women scientists who were central to its development. In a profile of Lander in Stat News that followed the episode, one scholar said Lander “came to embody Big Science,” while a colleague said some saw him as “an upstart” and “a mathematician interloper.”

Lander was also heavily criticized in 2018 after he gave a birthday toast to James Watson, a molecular biologist and geneticist who discovered the double-helix structure of DNA and has expressed sexist, racist and anti-Semitic views in his later years. Lander later apologized for the toast and noted that he had himself been the target of Watson’s anti-Semitic remarks, according to Stat News.

His career has extended beyond the world of academia. In 2009, Lander was appointed co-chair of the President’s Council of Advisors on Science and Technology by President Barack Obama. He also has been a board member of the Innocence Project, an organization that works to exonerate the wrongly convicted, since 2004.