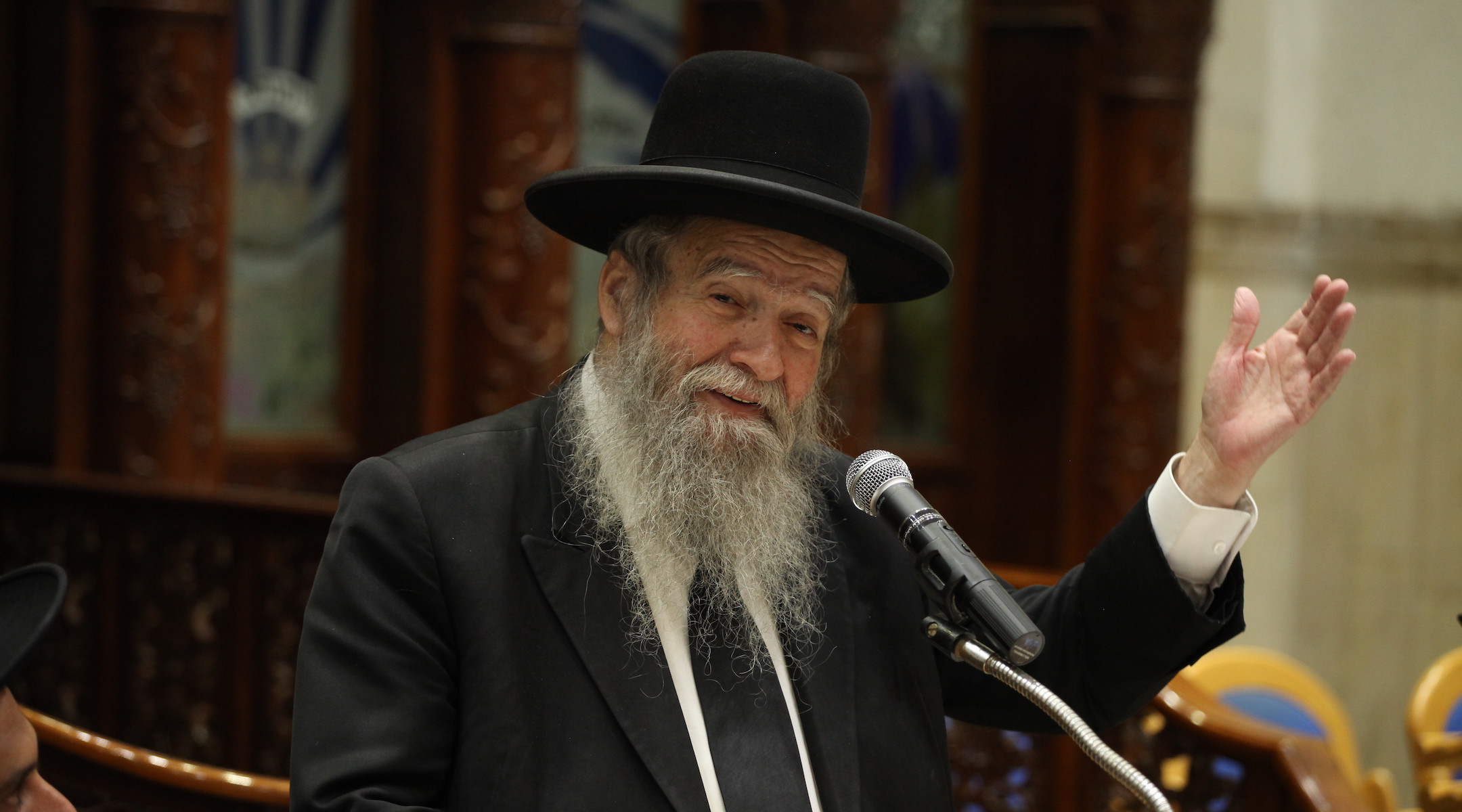 JERUSALEM (JTA) — When it comes to the issue of gender separation on buses, Israel is worse than the Nazis, a leader of a haredi Orthodox political party in Israel said at a campaign rally.

Rabbi Aviezer Piltz, who is prominent in the right-wing United Torah Judaism party, and heads a yeshiva in southern Israel, criticized Israel for not allowing gender separation on buses.

“Start to organize, to ride separately,” he said at the event Saturday night in the haredi enclave of Bnei Brak. “It’s forbidden to travel on gender-separate buses. Is there a state in the world where they don’t allow [gender] separation on buses? Apart from this country, here they don’t allow it. This is a state of idol worship. Even the Nazis, may their names be erased, knew that there should be separate living quarters for men and women.”

His remarks were first carried by the Hebrew-language news website Maariv.

Israel’s Supreme Court ruled in 2011 that gender separation on public buses is illegal. Private bus services can have separate seating and there are such bus services running between haredi communities.

United Torah Judaism is part of a haredi Orthodox bloc with Agudat Israel and Degel HaTorah for the April 9 elections that could be part of the government coalition whether Prime Minister Benjamin Netanyahu or Benny Gantz of the Blue and White party emerges as the winner.

Holocaust scholar Efrain Zuroff, director of the Israel office of the Simon Wiesenthal Center, told The Jerusalem Post that Piltz’s comments were “unfortunate.”

“I’m hoping that he didn’t really want to convey a message that Israeli society is worse than the Nazis,” Zuroff said. “That a rosh yeshiva could say something like that is shocking and unacceptable. The honorable rabbi should apologize for this comment, which at least would be a constructive step.”