Even with Madonna performing, US carriers have taken a pass on showing Eurovision finals 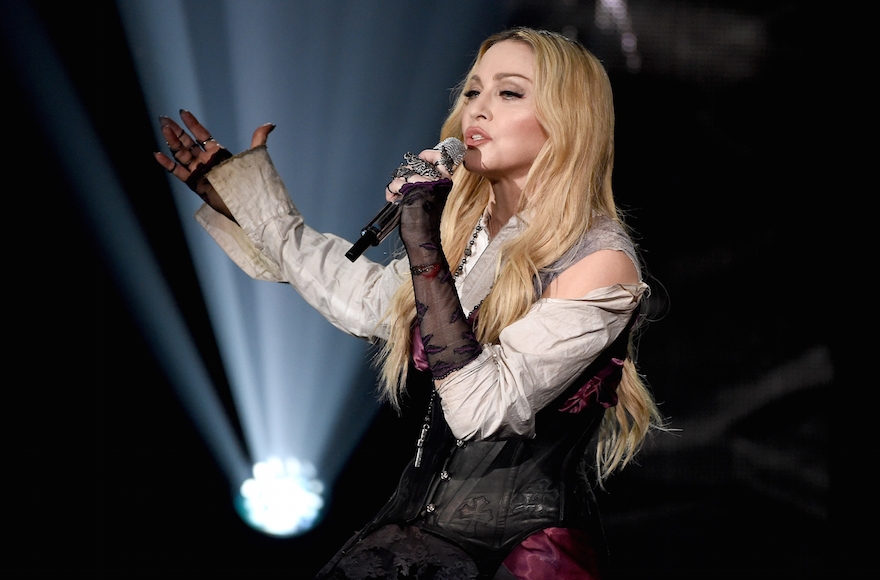 (JTA) — Americans likely won’t get to watch Madonna perform at the 2019 Eurovision contest in Tel Aviv. Nor will they see the finals of the song competition.

No U.S. carrier has chosen to pick up the broadcast rights with the finals a month away.

Viacom’s Logo channel aired the finals last year in the U.S. and brought in 74,000 viewers, compared to the nearly 200 million television viewers around the world. The Israeli singer Netta Barzilai won that competition, earning her country the right to host this year’s Eurovision.

Another U.S. outlet could still decide to carry Eurovision, which has its finals on May 18 in Tel Aviv. A U.S. outlet has broadcast the finals only for the past two years.

Meanwhile, in the hours after Madonna’s performance was confirmed, supporters of the Boycott, Divestment and Sanctions against Israel launched a social media campaign for the U.S. pop star to cancel, using the hashtag #Boycotteurovision2019 and #Madonnadontgo.

The movement has been vocal about calling for a boycott of the contest since it is being held in the Jewish state. Israel has won three other Eurovision contests and hosted two of them.