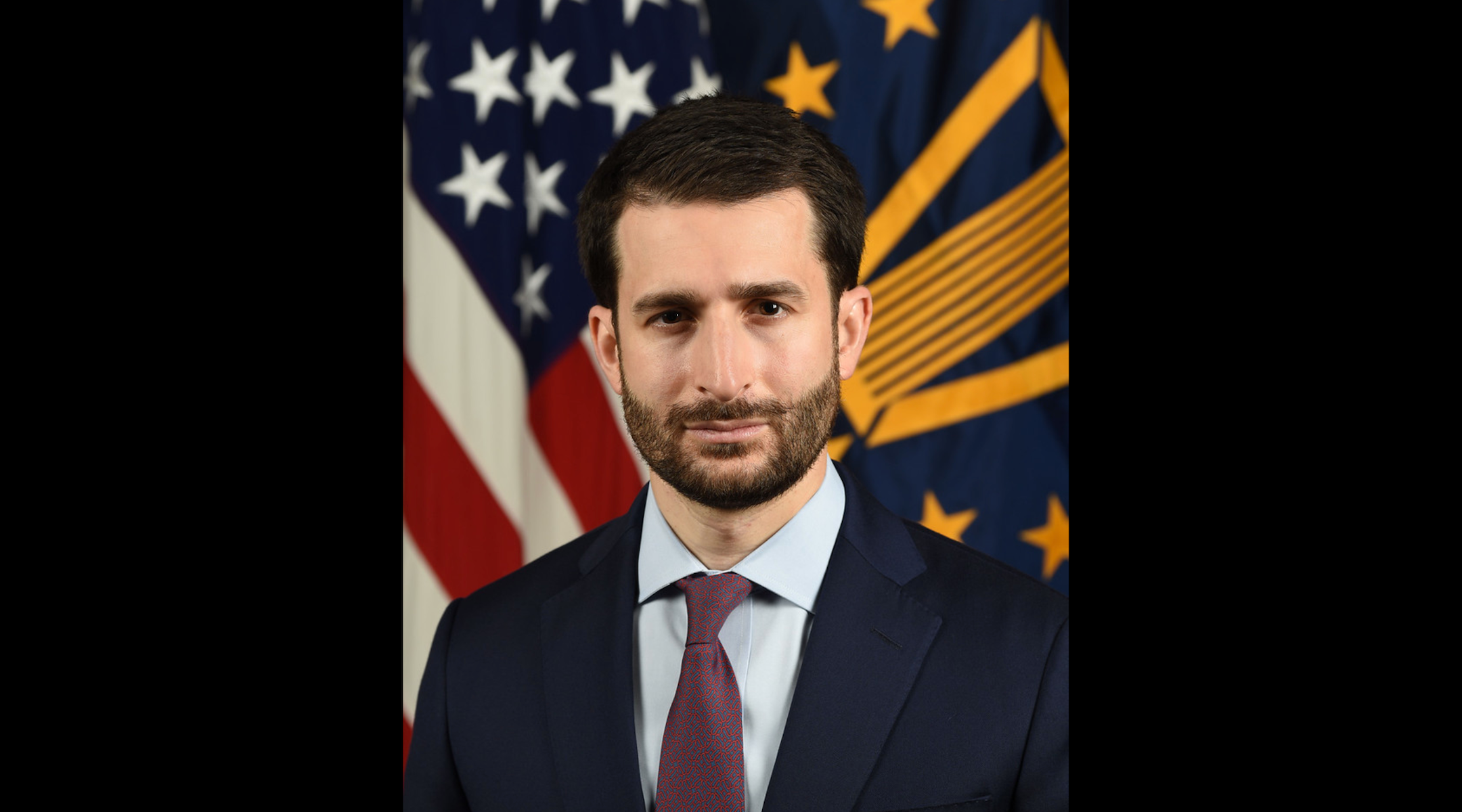 Ezra Cohen-Watnick will assume the post of acting undersecretary of defense for intelligence and security. (Department of Defense)
Advertisement

(JTA) — Ezra Cohen-Watnick, the Jewish government staffer who made headlines in 2017 for leaking intelligence to officials to back up President Donald Trump’s false claim that former President Barack Obama had him wiretapped, has been promoted to a top Defense Department post in the aftermath of Trump’s firing of Defense Secretary Mark Esper.

Cohen-Watnick will take over as acting undersecretary of defense for intelligence and security, according to reports from Tuesday. The former official in the role, Joseph Kernan, resigned along with multiple other top department staffers after Trump fired Esper on Monday.

The new acting defense secretary, Chris Miller, said in a statement that Kernan’s departure had been planned “for months.”

Cohen-Watnick, 34, was forced out of the White House’s National Security Council in 2017 because he worked with Michael Flynn, the former national security adviser who admitted to lying to the FBI about the Russian election interference investigation. Cohen-Watnick also worked for Attorney General Jeff Sessions before Trump fired Sessions in 2018. He has been working at the Pentagon since earlier this year.

In 2017, Trump alleged that Obama had him wiretapped in relation to the Russia probe. Cohen-Watnick, then senior director for intelligence at the National Security Council, leaked intelligence to then-House Intelligence Committee chair Devin Nunes, R-Calif., about how Trump was surveilled by foreign sources to bolster Trump’s claim.

“Mr. Cohen-Watnick began combing through intelligence reports … in an effort to find evidence that would justify Mr. Trump’s Twitter posts about wiretapping,” The New York Times reported at the time.