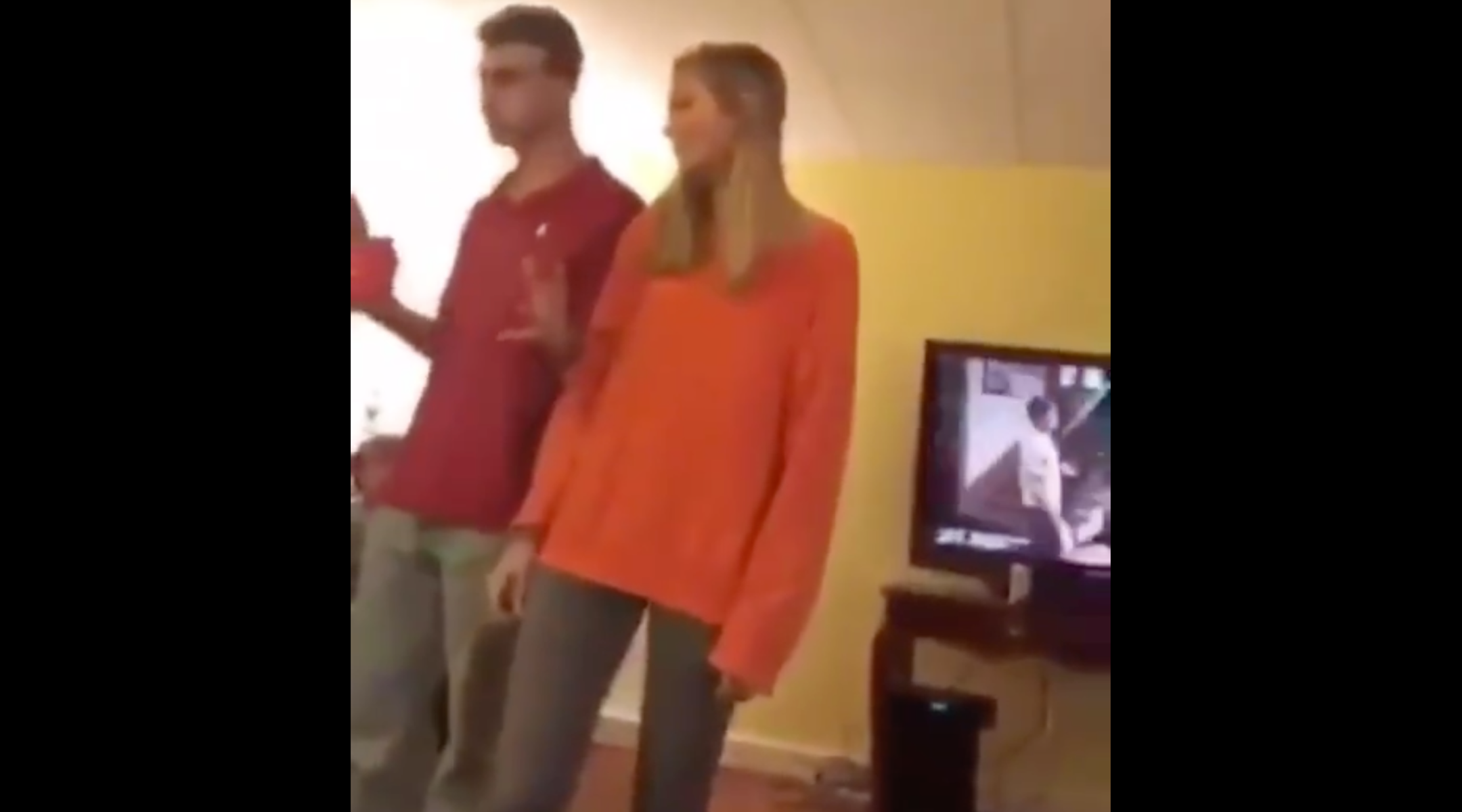 Footage of the teens surfaced on Twitter. (Mallory Moore/Twitter)
Advertisement

(JTA) — A video showing white high school students in Alabama using racist slurs about blacks and Jews and talking about the Holocaust was posted on social media.

The video shared on Facebook and Twitter shows the students drinking and talking in a venue not on school property.

They also talked about putting blacks in concentration camps and waiting until they die off.  Another student says: “If the Holocaust never happened, Jews would be running the world right now.”

The teens attend high schools in Hoover, near Birmingham.

“We are exceptionally sad and disappointed that this would either be the attitude of some of our young people or whatever would prompt them to have such conversations,” Hoover Superintendent of Schools Kathy Murphy told AL.com.

The principals where the teens attend school are discussing what should be done about the students, according to the report. Murphy said any disciplinary action would take into account that the event happened off school property.

The father of one of the students, Gordon Stewart, issued an apology on the social media account of his local Toyota dealership in the name of his daughter, Mackenzie.

“We believe, that in the moment, she acted completely outside her character and certainly outside the morals and principles that we worked hard to instill in her throughout her lifetime,” he said. “Our family, Mackenzie included, blatantly reject all forms of racism or bigotry and the sentiments from this video do not accurately reflect her or our true feelings. This experience has proven to be a crucial lesson in her maturity and she directly expresses her heartfelt apologies for her insensitivities.”

so this is how students at @SpainPark High School in Hoover, Alabama act? pic.twitter.com/CMOjCVJZlM