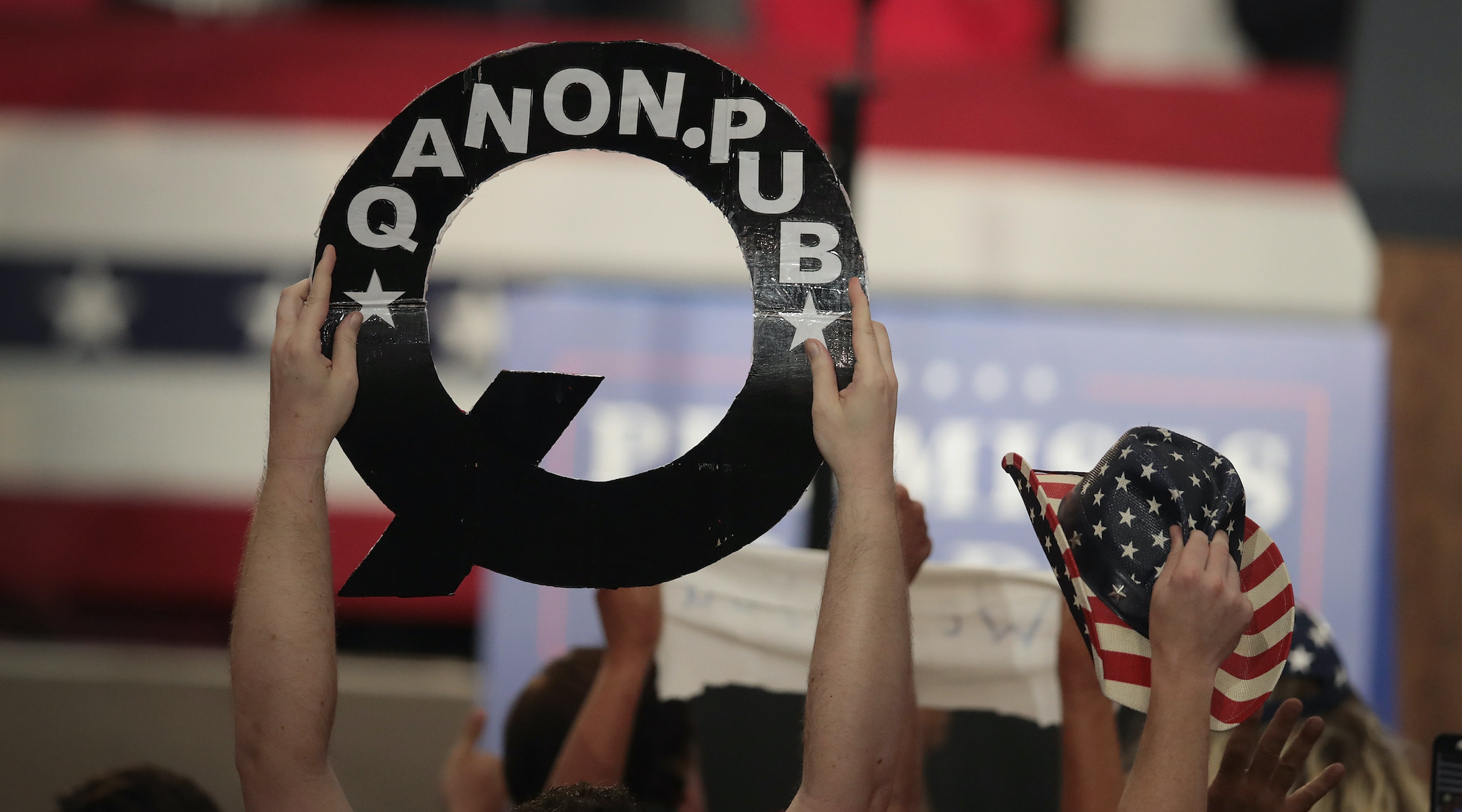 (JTA) — Facebook has restricted thousands of groups and pages with ties to the pro-Trump QAnon conspiracy theory.

The social media site said Wednesday that it had removed 790 Facebook groups and was restricting thousands of groups, accounts and pages on Facebook and its company Instagram, The New York Times reported.

QAnon followers believe in a complex narrative about a group of powerful people working to bring down President Donald Trump who also run an international child sex trafficking ring. Critics say its focus on Jewish figures, especially the billionaire political donor George Soros and the wealthy Rotschild family, is anti-Semitic.

The movement has grown in recent months and last week Marjorie Taylor Greene, a congressional candidate who has promoted QAnon, won a Republican primary in Georgia.

Jewish Insider uncovered a 2018 posting on a QAnon website signed by a Marjorie Greene that accused Soros and the Rothschild family of being involved in the conspiracy.

“We have seen growing movements that, while not directly organizing violence, have celebrated violent acts, shown that they have weapons and suggest they will use them, or have individual followers with patterns of violent behavior,” Facebook said Wednesday, according to The Times.

The social media site is also blocking hashtags related to QAnon and removing hundreds of groups tied to the far-left antifa movement, The Times reported.

Twitter said last month that it was removing thousands of accounts tied to QAnon.