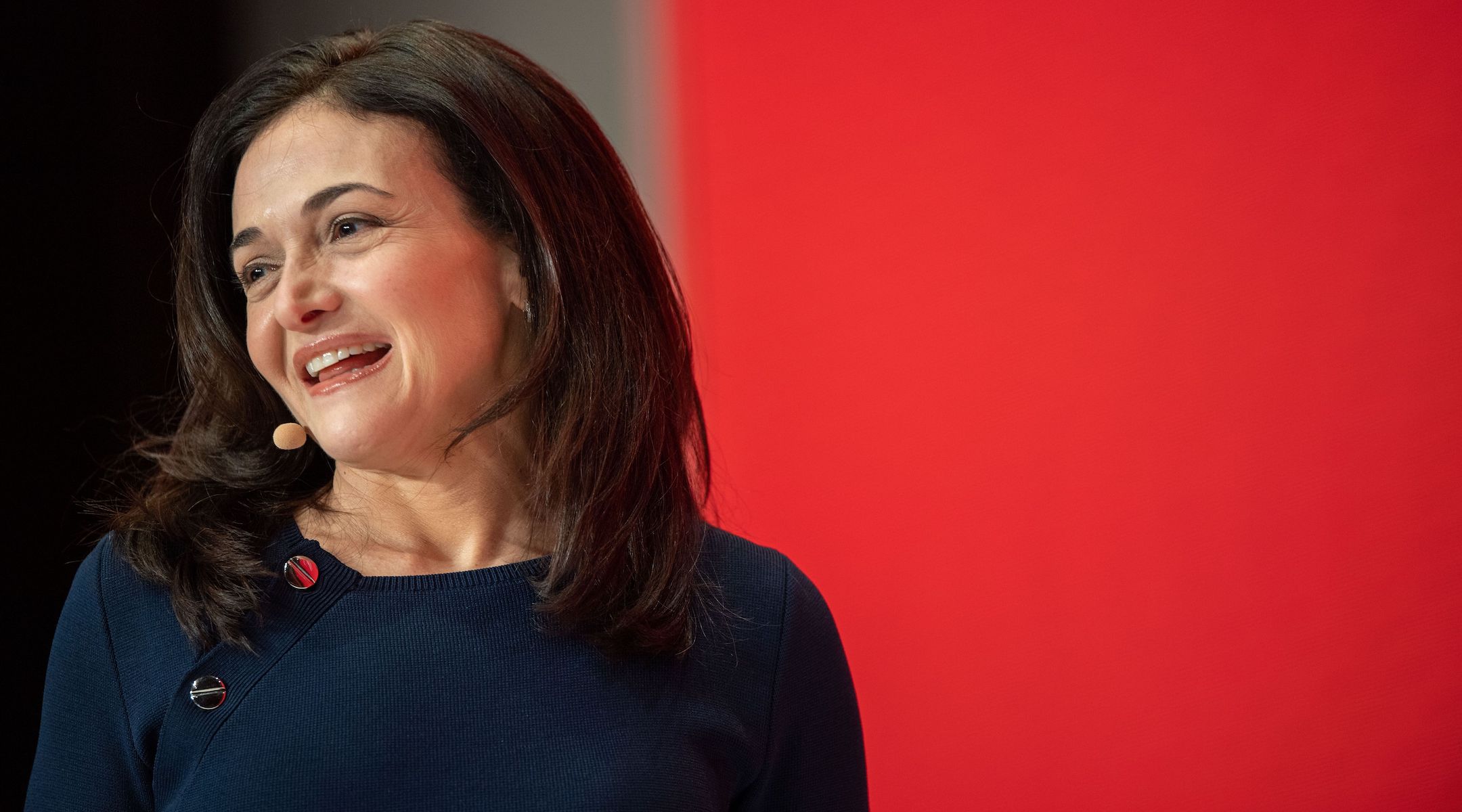 (JTA) — Sheryl Sandberg, the chief operating officer at Facebook, has pledged $2.5 million to the Anti-Defamation League to support anti-hate programs in Europe and the United States.

Sandberg announced the gift on Wednesday in a post on Facebook — where else? — though she did not specify the amount. An ADL statement released minutes later said it would be $2.5 million.

In her post, Sandberg said she was making the contribution in honor of her parents’ 75th birthday and had been inspired to support the ADL specifically following the shooting last week outside a synagogue in Germany.

“A week ago, on Yom Kippur – the holiest day of the Jewish year – I was sitting in synagogue, thinking about how, earlier that day, a gunman showed up at a synagogue in Germany, hoping to kill as many Jews as he could,” Sandberg wrote. “He knew the temple would be full because of the holiday. In the end, a locked door kept him out, but he still managed to kill two people outside. Sitting in temple that day, I knew what my parents’ birthday present should be.”

The ADL’s national director, Jonathan Greenblatt, said the gift comes at a “critical juncture in the fight against bigotry.”

Sandberg’s post also mentioned her parents’ “horror” at rising anti-Semitism in the United States and elsewhere, including at the Tree of Life synagogue in Pittsburgh. She also noted a recent family trip to Yad Vashem, the Holocaust remembrance center in Jerusalem, as a “powerful reminder of where this hate can lead.”