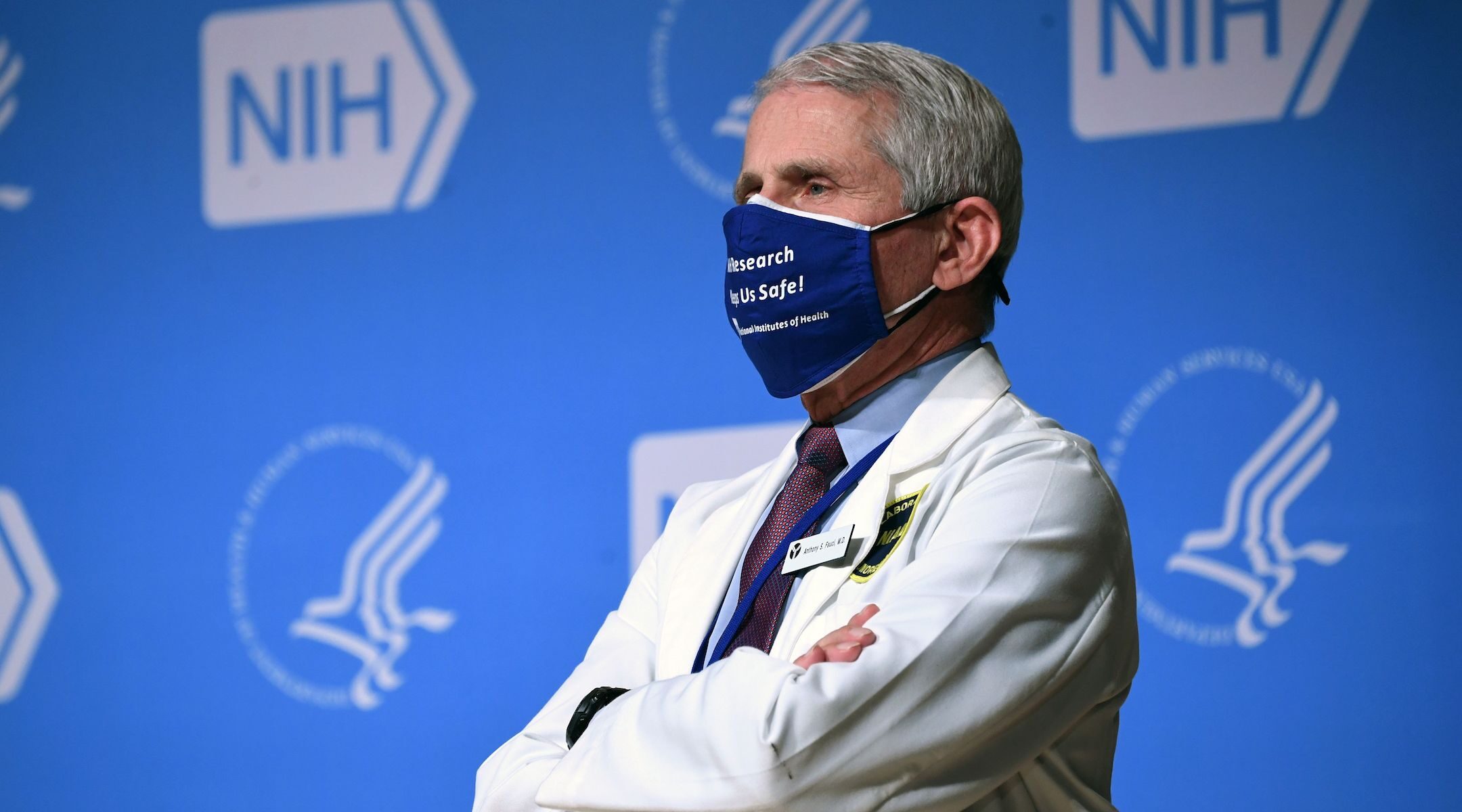 (JTA) — Dr. Anthony Fauci, the country’s top infectious disease specialist, was awarded a $1 million prize from an Israeli foundation for “courageously defending science in the face of uninformed opposition during the challenging COVID crisis.”

The Dan David Prize’s award announcement statement on Monday did not mention former President Donald Trump, who sought to downplay the effects of the coronavirus during his time in office, but it credited Fauci for “speaking truth to power in a highly charged political environment.”

The prize is awarded by the Dan David Foundation, which was founded by the late Romanian-Israeli philanthropist of the same name. The award, split into three categories — past, present and future — honors scientists, researchers and cultural figures for achievement in their fields. Past winners range from former Vice President Al Gore to cellist Yo-Yo Ma.

The foundation also noted Fauci’s work during the AIDS crisis, commending “his exceptional contribution to HIV research” in the 1980s and his time as the “architect of the U.S. President’s Emergency Plan for AIDS Relief.”