Film about Nicholas Winton, rescuer of children from the Nazis, stars Anthony Hopkins 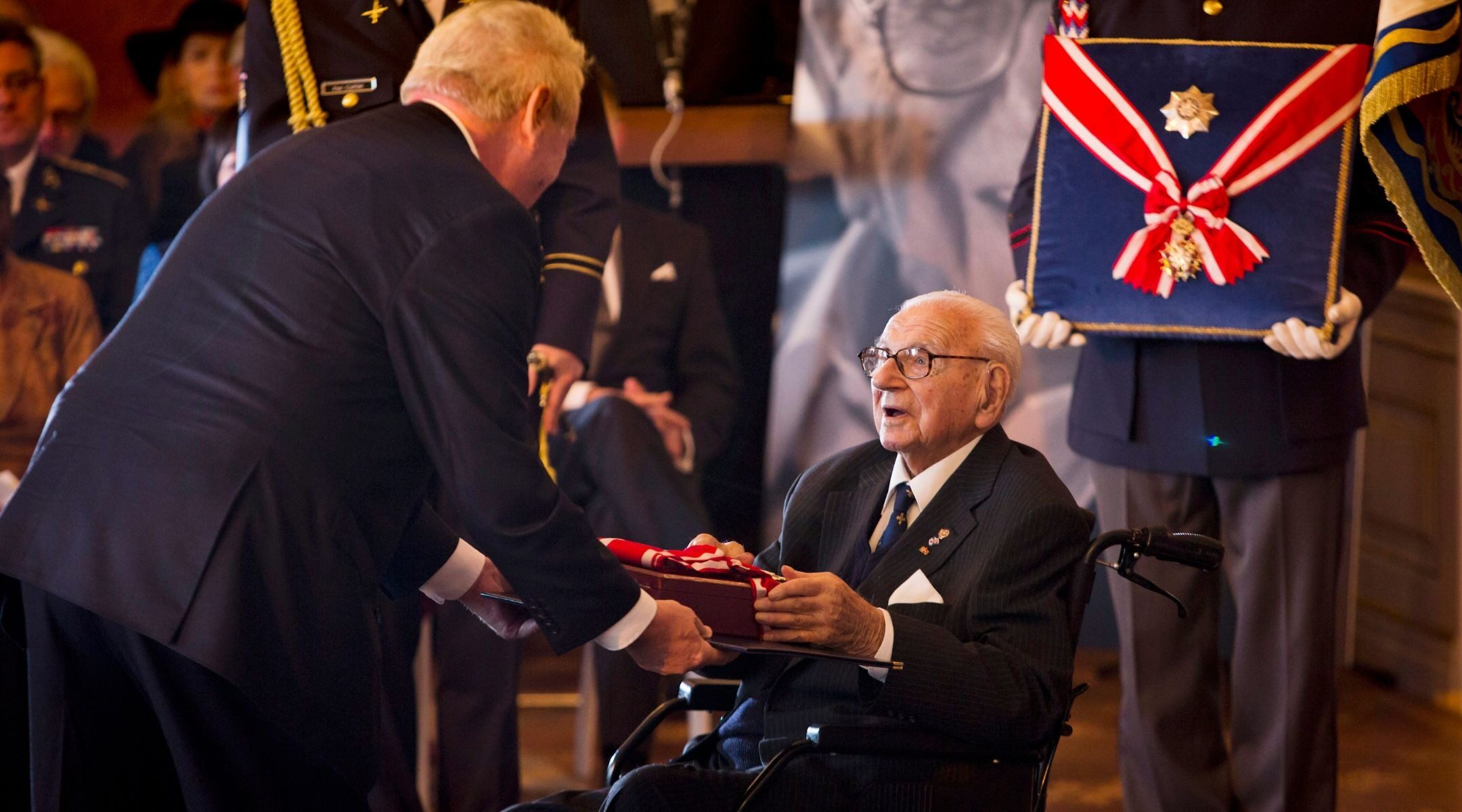 Sir Nicholas Winton, who saved 669 mostly Jewish children from the Nazis by organising their escape from occupied Czechoslovakia to Great Britain, receives the Order of White Lion, the highest order of the Czech Republic, from Czech President Milos Zeman during the Independence Day at Prague Castle on Oct. 28, 2014 in Prague, Czech Republic. (Matej Divizna/Getty Images)
Advertisement

(JTA) — A feature film about the life of Nicholas Winton, who saved 669 children from the Nazis, is in production with Oscar winner  Anthony Hopkins in the lead role.

Winton’s heroism was unremarked until the 1980s, when his wife found evidence of the rescues. The discovery led to a surprise reunion with some of the children and a documentary. Winton received many honors in his later years, including a knighthood.

The “Schindler” reference is to the German industrialist Oskar Schindler, who is credited with saving some 1,200 Jews in the Holocaust. His story was made into the Academy Award-winning film “Schindler’s List” by Steven Spielberg.

Aisling Walsh is directing “One Life,” which was developed by BBC Films with See-Saw Films.