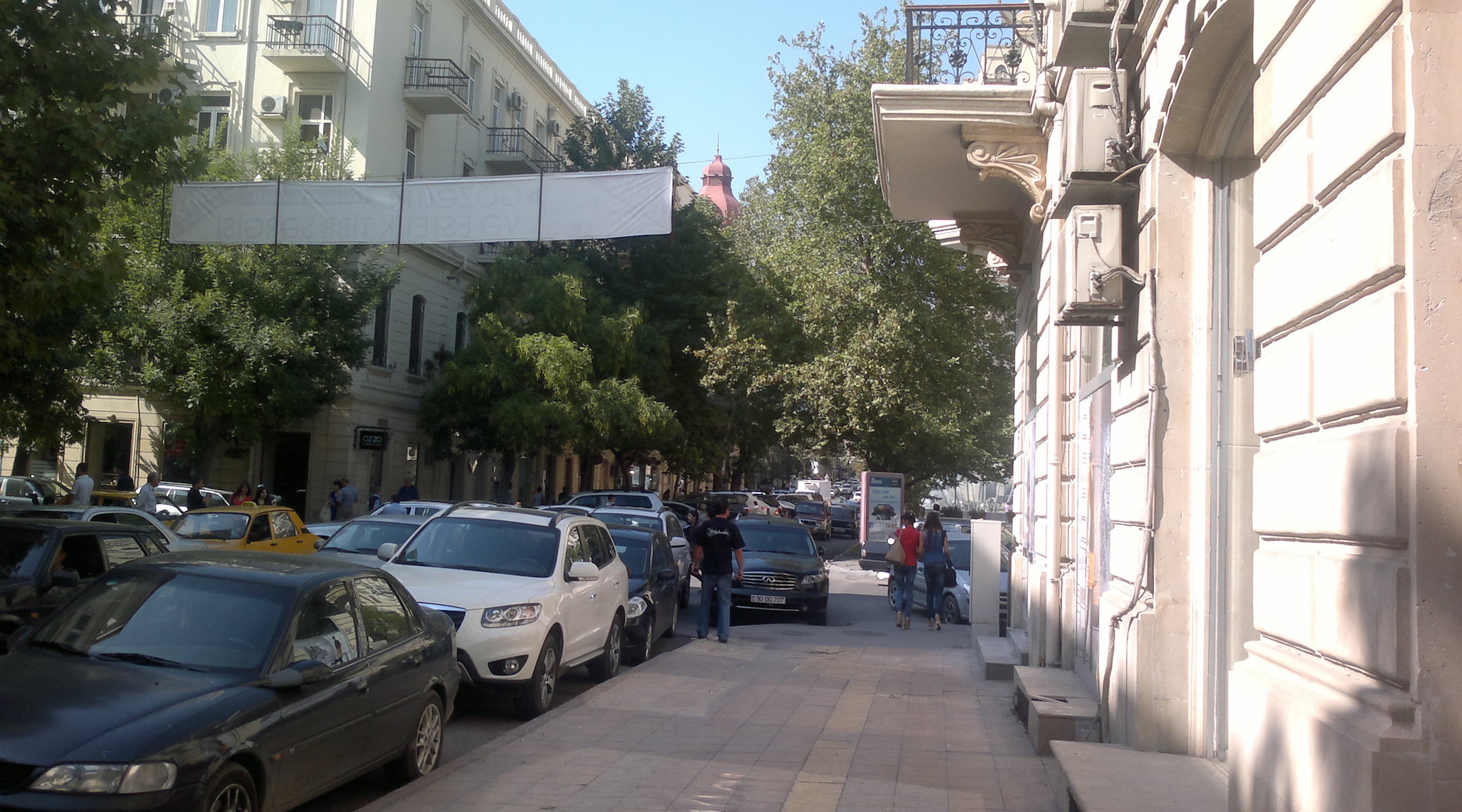 A view of Samad Vurgun street in Baku, Azerbaijan, where the restaurant will open. (Wikimedia Commons)
Advertisement

(JTA) — Azerbaijan will soon be home to its first-ever kosher-certified restaurant.

The meat restaurant, named 7/40, will open in May on Samed Vurgun street in Baku, the capital, with supervision from the city’s rabbi, Shneor Segal, the restaurant’s operator, Moshe Moiseev, told the Jewish Telegraphic Agency.

The restaurant is located in the Nasimi district, formerly Baku’s Jewish neighborhood. It is located around the corner from Segal’s Chabad synagogue and 500 yards away from the Georgian synagogue.

Boasting 100 seats, the restaurant will combine Azeri cuisine with Middle Eastern Israeli dishes, said Nasiyev, who was born in Baku, a bustling metropolis on the Caspian Sea, when it was still part of the Soviet Union. He has worked in the food industry in Israel and Ukraine.

The restaurant will open at a time of decline for Baku’s Jewish population, which now numbers no more than 8,000. It was double that in 2000.

“But those who stayed, their attachment to Judaism has grown stronger,” Segal said.

The new restaurant will “help reinforce that,” uniting families where only some members keep kosher, he added. It also will “upgrade in a major way” the experience of Jewish tourists, whose presence in Baku is growing, Segal said.

Moiseev said his business model is based on developing a non-Jewish clientele.

“This will be a kosher restaurant,” he said, “but its success depends on its appeal to the average Azeri restaurant goer, and we’ve done everything possible to make them feel at home at 7/40.”