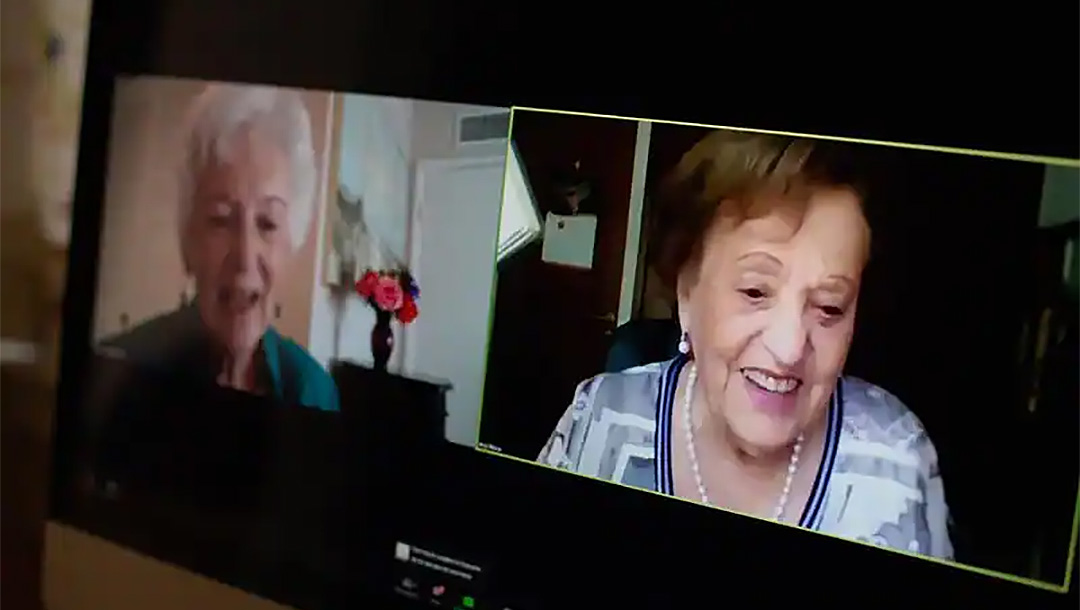 (JTA) — Holocaust survivors who were best friends in Germany were reunited more than 80 years after they last saw each other.

Betty Grebenschikoff from St. Petersburg, Florida, and Ana María Wahrenberg from Santiago, Chile, both 91, were reunited in November thanks to the work of a researcher at the USC Shoah Foundation — a nonprofit organization founded by Steven Spielberg, the Washington Post reported Tuesday. Both thought the other had perished.

The researcher, Ita Gordon, attended a webinar in which Wahrenberg recalled surviving the 1938 Kristallnacht pogroms in Germany and Austria. She searched for more information about Wahrenberg in the foundation’s archives.

That search led Gordon to the life story of Grebenschikoff, who attended the same Jewish day school as Wahrenberg. Gordon watched a 1997 filmed testimony by Grebenschikoff in which Grebenschikoff mentioned her friend Wahrenberg, and added she often wonders whether Wahrenberg had survived the Holocaust.

The women met at the age of 6, also went to the same synagogue, took ballet lessons and played dress-up, according to the Post article.

Although both women had changed their names after the Holocaust, Gordon was able to trace them and bring them in contact. They chat weekly over the phone.

“For 82 years, I thought my best friend from Germany was dead,” Grebenschikoff told the Post. “I’d been looking for her for all those years and I never found her.”

Grebenschikoff’s family fled to Shanghai, China, in 1939 and moved to the United States after 1948. Wahrenberg’s family settled in Chile.