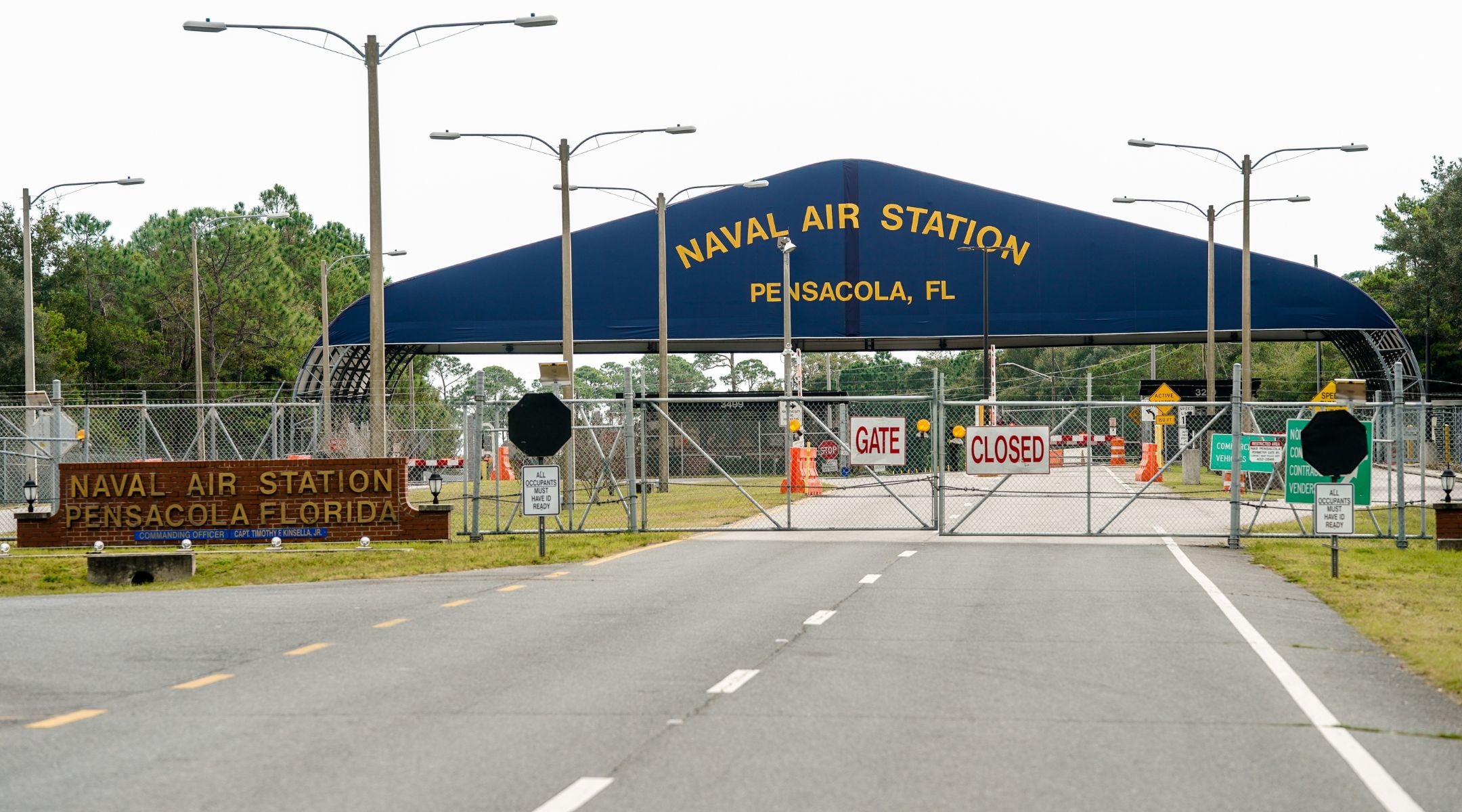 (JTA) — A military student from Saudi Arabia who killed three people in a shooting attack at a Navy flight school in Florida appeared to have posted a message slamming the United States for supporting Israel.

The gunman in the Friday attack at the Naval Air Station Pensacola was identified as Ahmed Mohammed al-Shamrani, 21, a second lieutenant in the Saudi air force who was a student naval flight officer. His training with the U.S. military began in August 2017, and he was scheduled to finish in August 2020.

Shamrani hosted a dinner party earlier in the week where he and three other students watched videos of mass shootings, The Associated Press reported Saturday, citing an unnamed U.S. official.

Fellow Saudi students at the base who were close to the shooter are cooperating with investigators, Rachel Rojas, special agent in charge of the FBI’s Jacksonville office and lead investigator on the case, said Sunday, Reuters reported. The FBI is investigating the attack on the assumption that it was terror related.