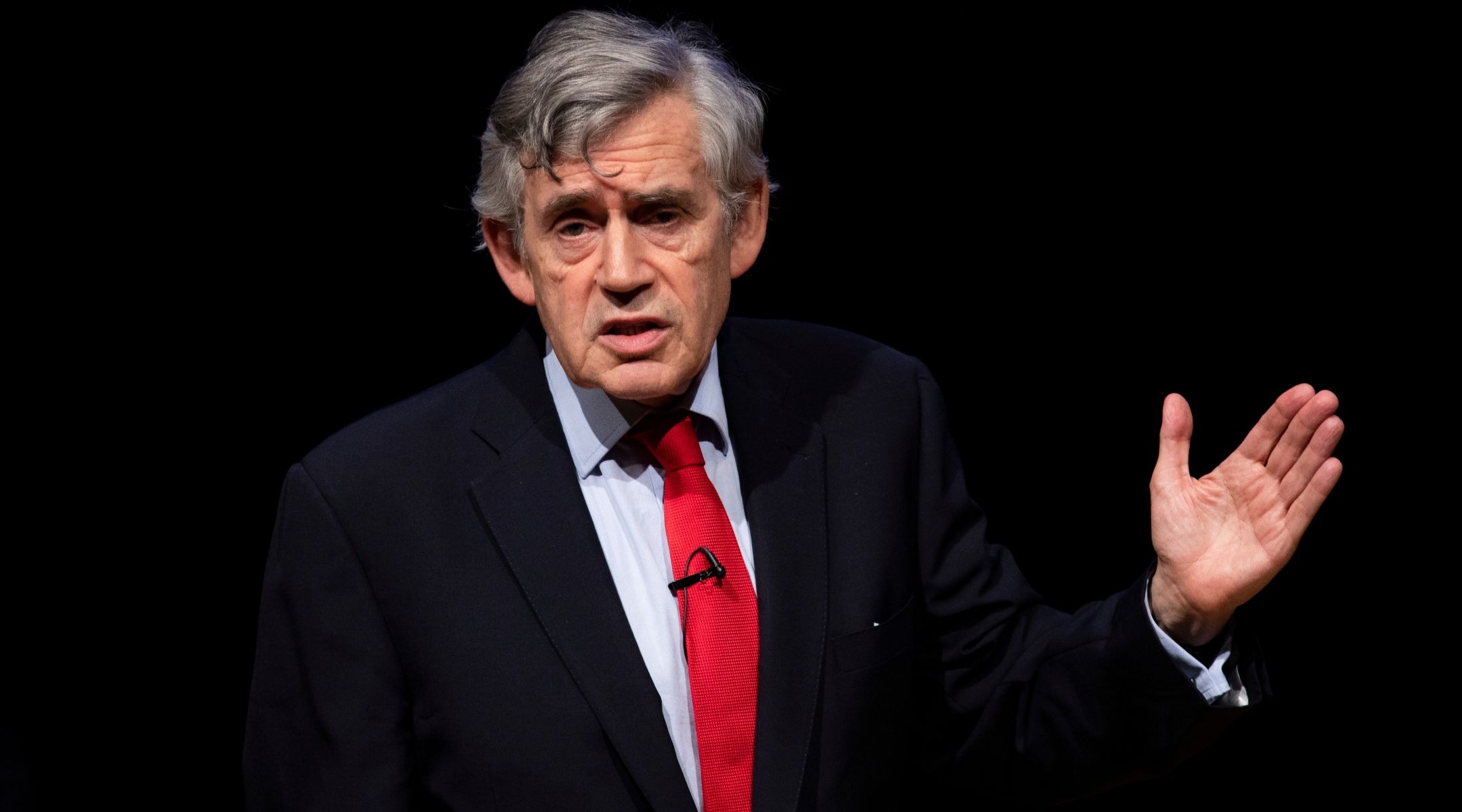 (JTA) — Former British Prime Minister Gordon Brown announced that he has joined the Jewish Labour Movement in solidarity, and lamented that the Labour Party has ‘let down’ British Jews over anti-Semitism.

He made the announcement on Monday in a video message posted to the Twitter feed of the Hope not Hate organization.

“Solidarity means standing up with those who are under attack, and that is why I am joining, as an affiliated member, the Jewish Labour Movement, and I urge all my colleagues to do the same,” Brown said in the video in which he first recalled the legacy of his friend Sir Nicolas Winton, called the “British Schindler,” who organized the rescue of hundreds of Jewish children from the Nazis. Winton was a member of the Labour Party.

Brown was filmed outside of London’s Liverpool Street Station, in front of a statue to commemorate the nearly 10,000 children, mostly Jews, who were rescued in the Kindertransport during World War II.

“The Labour Party has a long noble tradition of standing up against prejudice, bigotry, discrimination, anti-Semitism and racism from apartheid to Islamophobia,” Brown said in the video.

Brown was British prime minister and leader of the Labour Party from 2007 to 2010.

He also said in the video: “In the last two years the Labour Party has let the Jewish community and itself down. They should never have allowed legitimate criticism that I share, of the current Israeli government to act as a cover for the demonization of the entire Jewish people.”

In 2015, Jeremy Corbyn, a far-left politician who in 2009 called Hezbollah and Hamas his “friends,” became Labour leader. Corbyn has been accused of allowing anti-Semitism to grow among many thousands of supporters who joined the party in support of his policies. He has denied this, vowing to punish hate speech promoters.

"No ifs, no buts, no qualifications, no caveats." Gordon Brown has a message to Labour supporters: the fight against antisemitism is a fight for all of us to wage. pic.twitter.com/2JPLRS9pwZ